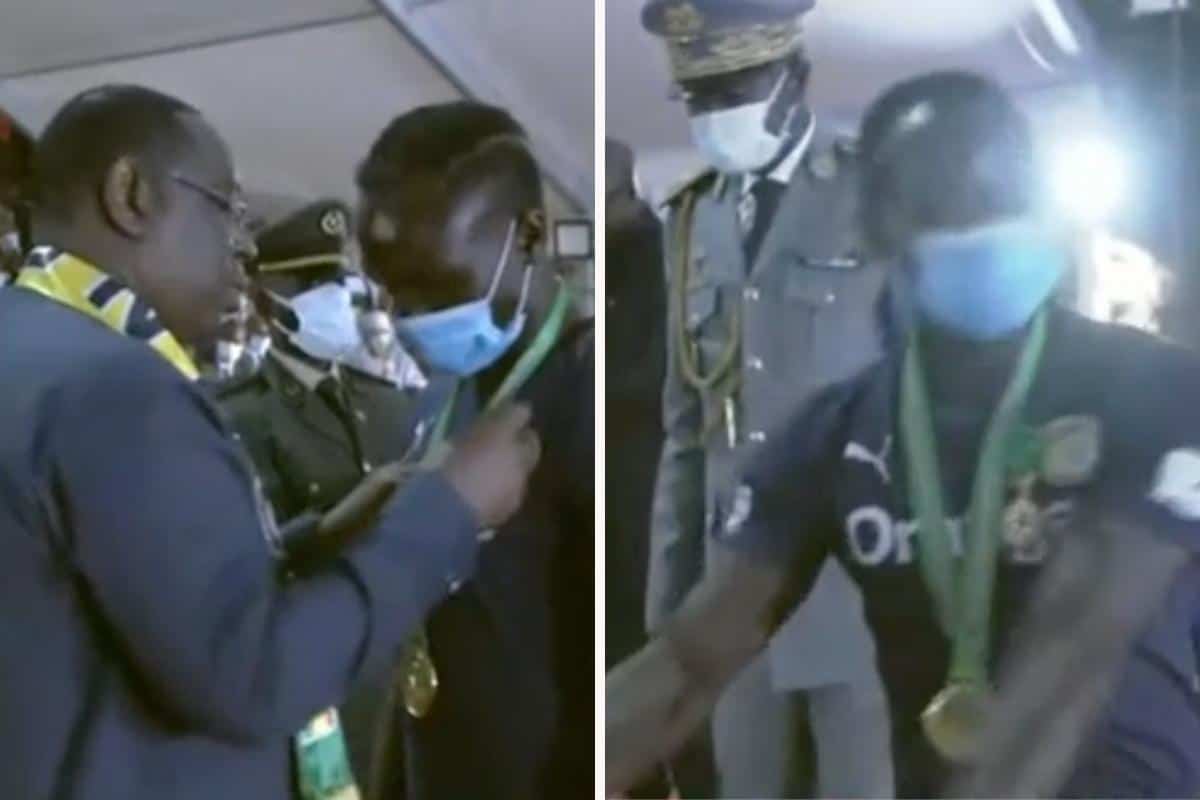 It’s been a whirlwind few days for Sadio Mane after helping to secure Senegal’s first Africa Cup of Nations title, with a trophy parade and now the Order of the Lion from the president.

And he celebrated in the way he knows how, in style.

Since scoring the winning penalty in the shootout against Mohamed Salah‘s Egypt, Liverpool’s No. 10 has been soaking up everything the triumph has had to offer.

The 29-year-old has not shied away from the significance of the success, calling it the “best trophy of my life” – one he paraded around Dakar in crazy scenes as thousands clamoured for a sight of their heroes.

And the celebrations took Mane and his team to Senegal president Macky Sall, who appointed the AFCON winners with the country’s prestigious Order of the Lion, the highest order.

In a ceremony with the president, each player was called up to receive the honour and Mane received mass adulation on his turn.

And instead of shaking the president’s hand, perhaps an oversight in the moment, he turned to the crowd to do his sweeping hands celebration that he and Roberto Firmino have done a time or two for the Reds.

Mane’s pure joy makes it impossible not to smile.

“We dreamed of the cup, you built this dream and you made it come true. Finally, the Africa Cup of Nations is here with us,” President Sall said.

“You have made us proud by making the name of Senegal resound all around the world. You have honoured the nation, and in return, the nation you are so proud of owes you honours.”

In addition to the Order of the Lion, each player also received a cash sum and a plot of land in Dakar and Diamniadio.

Mane is expected to return to Liverpool late on Wednesday at the earliest, with Jurgen Klopp having ruled him out for Leicester‘s visit to allow him to make the most of his moment.