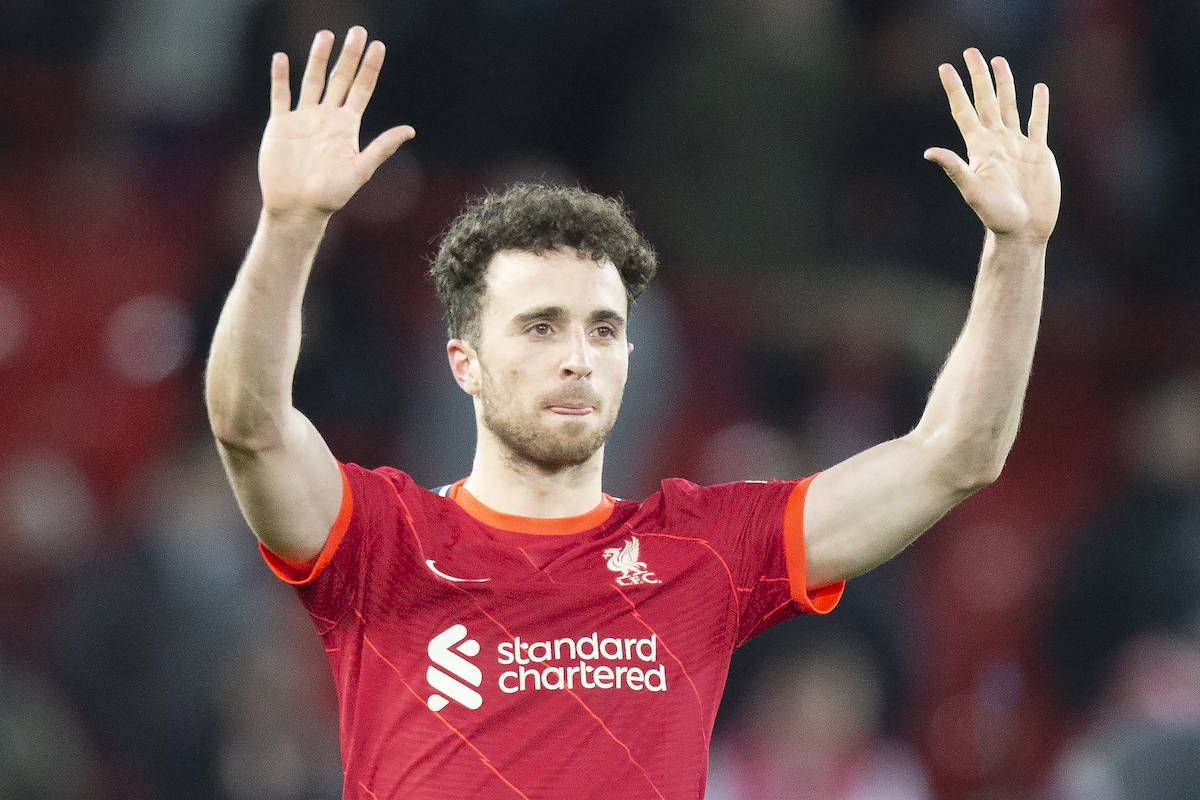 Jurgen Klopp claims he has “no idea” how high the ceiling is for Diogo Jota‘s potential, after the striker scored another two goals in Liverpool’s 2-0 win over Leicester.

The £45 million deal to bring Jota to Anfield from Wolves was believed by many to be to supplement the long-serving first-choice attacking line at Liverpool.

Instead, and almost immediately, the Portuguese has forced his way into the starting lineup, and on Thursday night he struck two more goals to bring his season’s tally to 17 in just 30 appearances.

Jota has now joined an esteemed list with just eight others in scoring 30 goals in his first 60 games for the club, alongside the likes of Ian Rush, Robbie Fowler, Fernando Torres and Mohamed Salah.

His knack for scoring was on show again against Leicester, and reflecting in his post-match interview with BT Sport, Klopp insisted Liverpool’s recruitment staff knew the talent they had landed.

“We had the sense [a goalscoring record like this] could happen,” he said. 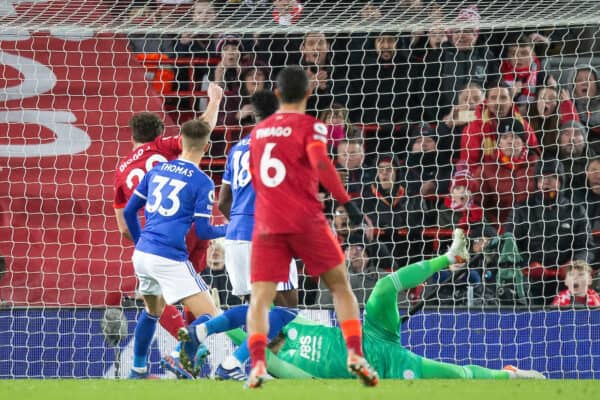 “Diogo was not a bargain or whatever, it’s not that we got him for free.

“The first thing that was obvious about him was his potential, and the work rate he puts in. If you have that, then there’s always space for improvement.

“He’s still a really young lad and so then you have to make the next steps, in a team like ours, when we create much more chances than, with all respect, Wolves did.

“So yes, you need a bit of fantasy for that, a bit of imagination, but we really thought he would be an outstanding player.”

In his post-match press conference, the manager added: “We knew he was good when he signed him but we have no idea where his limit is. Let’s see where it goes.” 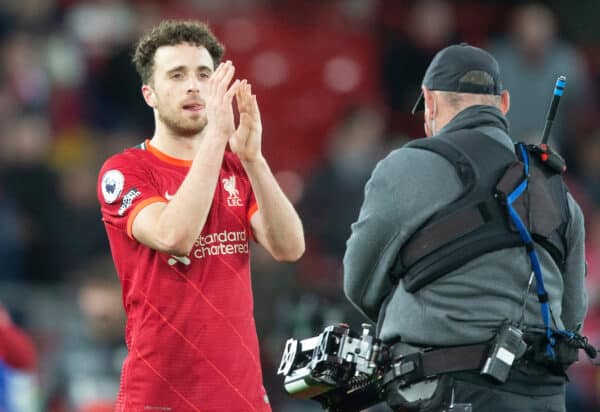 Jota also spoke to BT Sport after his match-winning display, and gave his take on the canny ability to be in the right place at the right time.

“I always like to get in those decisive spaces, I was lucky enough to be there at the right time, to put it in,” he said of his first goal of the night.

“It’s always important to score first, it always gives us a bit more confidence. Then, it’s never easy, but we killed the game.” 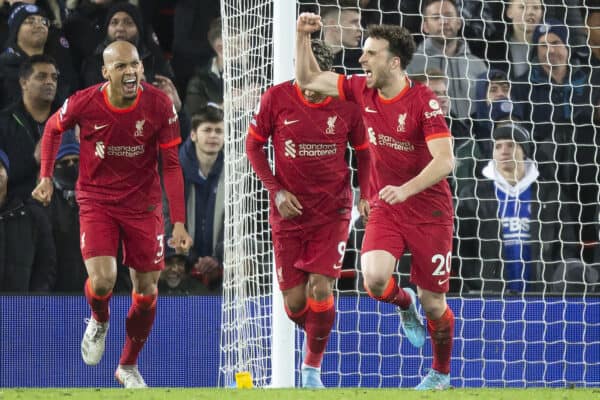 The No. 20 was asked about the task of breaking into Klopp’s first-choice attack, and he spoke his confidence about the challenge he took up in 2020.

“Obviously [it was an] established front three, but I think you always need to try to improve,” he said.

“We have more options now, I think it’s good for the team. We have a lot of games, everyone will be important at some point.”