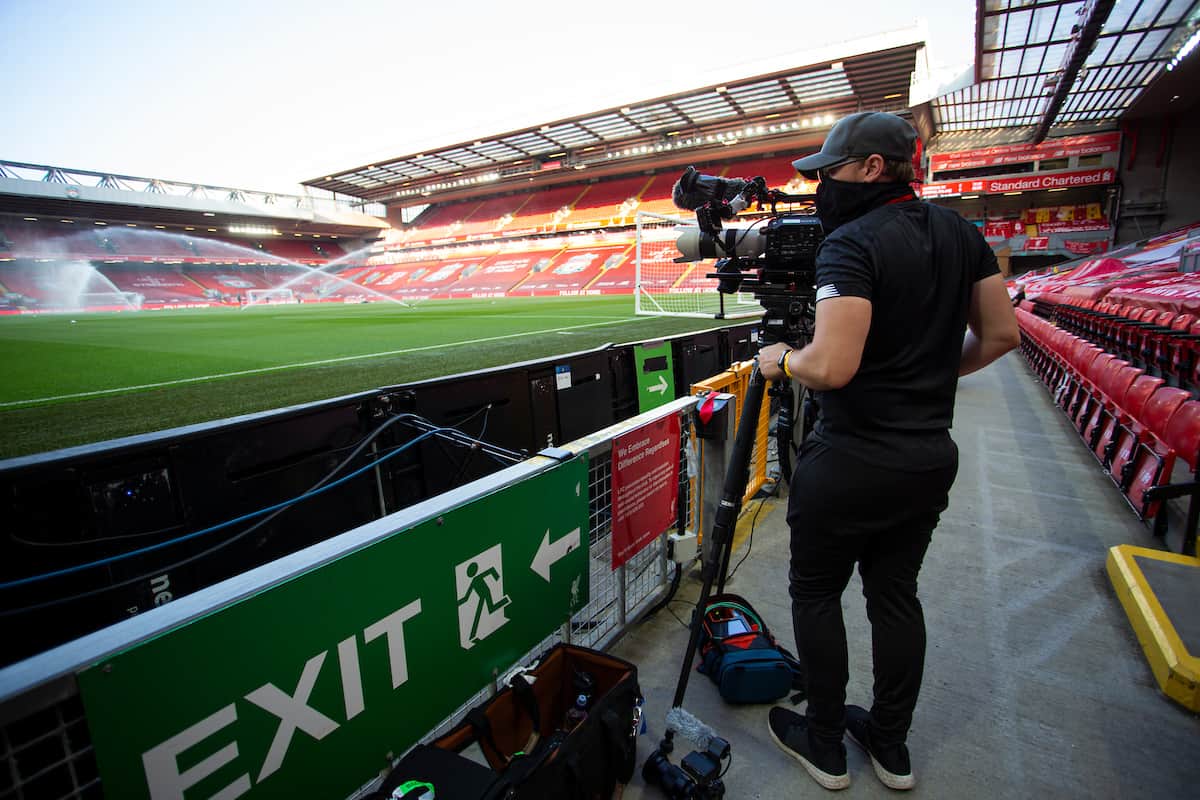 Liverpool take on Leeds tonight in another must-see Premier League clash, but unfortunately, the game will not be broadcast live on TV in the UK.

The Reds host Marcelo Bielsa’s side looking to further close the gap between them and Man City, with a win taking them to within three points of the league leaders.

It comes on the back of an eight-game winning streak for Liverpool, who are in emphatic form and hoping to put together a push for four trophies in the second half of the season.

But despite the spectacle on offer at Anfield, Liverpool vs. Leeds isn’t live on UK TV tonight.

The game was originally selected by BT Sport as part of their Boxing Day coverage.

But with an outbreak of COVID-19 among the Leeds squad forcing the game to be postponed, plans have ultimately changed and now BT Sport are unable to broadcast.

So why isn’t it on tonight? 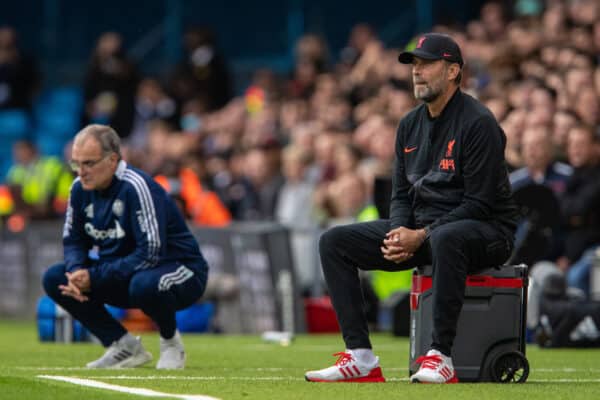 Due to the Champions League, basically.

UEFA reached an agreement with the Premier League to allow a number of rescheduled games to be held on Champions League nights.

However, it was stipulated that they could not kick off at the same time – nor can they be shown live in the host nation.

That is why Liverpool vs. Leeds kicks off at 7.45pm, rather than 8pm, with Atletico Madrid vs. Man United and Benfica vs. Ajax taking place in the last 16.

BT Sport have effectively been denied the opportunity to broadcast Liverpool vs. Leeds as it clashes with their Champions League coverage.

How else can I watch it?

There is no way to legally watch Liverpool vs. Leeds live in the UK.

However, live audio commentary and a full match replay and highlights will be available on LFCTV GO here.

Ahead of kickoff, This Is Anfield will publish a full list of TV broadcasters showing the match live around the world.