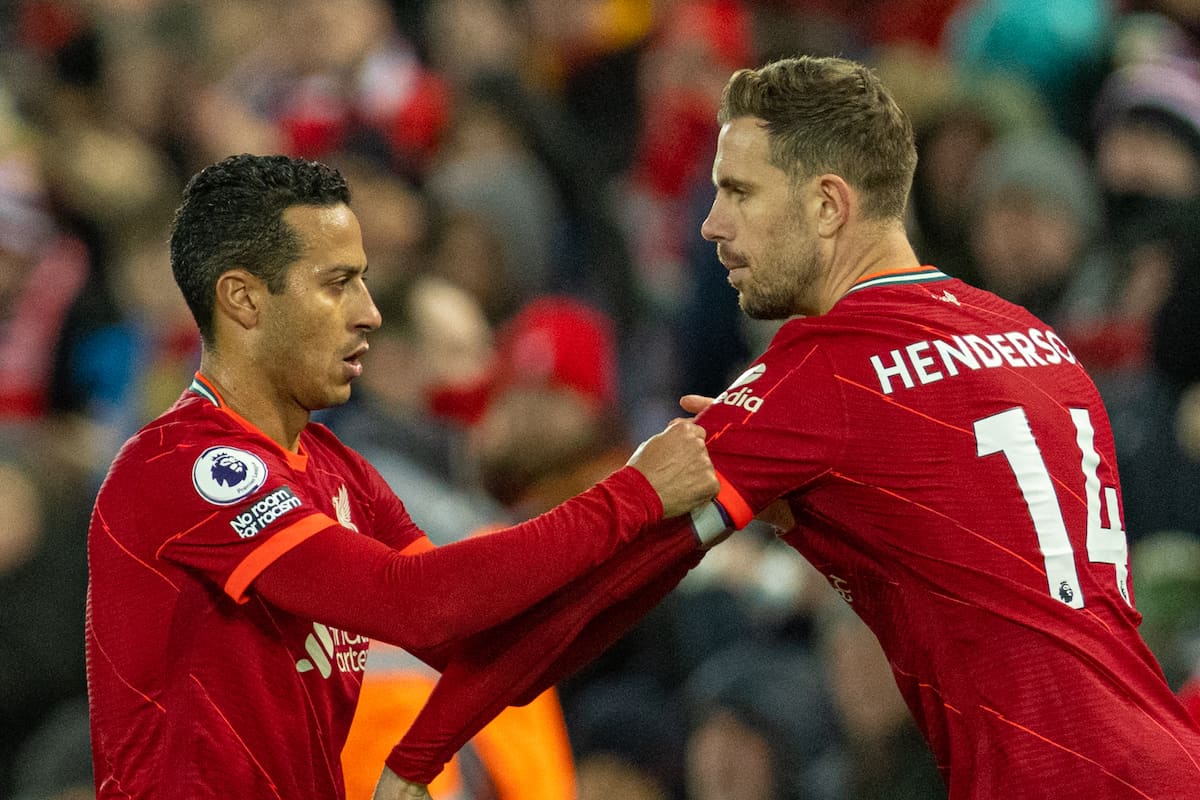 After a midweek blip in the Champions League, all eyes are back on the Premier League as Liverpool continue to be the chasers, with Brighton in their sights on Saturday.

“We are not good losers,” was Jurgen Klopp‘s declaration on Friday and there was no denying that Liverpool “have to show a reaction” after what was a lacklustre performance against Inter.

The manager will have another option to turn to in his forward line with Roberto Firmino back in contention, but three absentees from training have raised Covid concerns.

It leaves a handful of question marks for the early lunchtime kickoff but the Reds are not short on top-class players to choose from to extend their league run to eight wins in a row.

Here is how the Reds could line up at the Amex.

There was positive news regarding Firmino but Klopp’s hint at Covid cases could see him without at least one of his senior players: 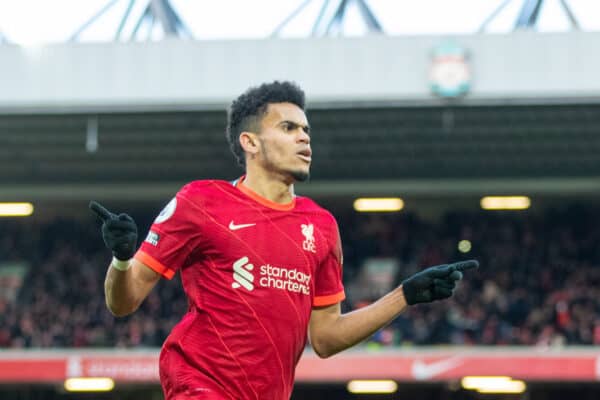 The question marks over Virgil van Dijk and Thiago – which many hope will have just been for an extra recovery session – will have a big say on how Klopp sets up his side.

If they are available they are sure to be certain starters, with Jordan Henderson the one to return to the fold in place of Curtis Jones.

A place for Luis Diaz could them beckon after what was an uninspiring performance from the front three at Anfield:

This would see the Reds take to the field like this: 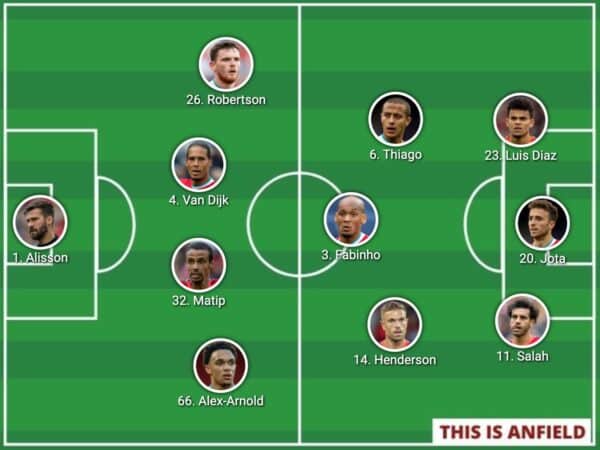 But if Van Dijk and Thiago are not available alongside Konate, then it could see Joe Gomez make only his second league start of the season with Joel Matip his partner.

Naby Keita and Curtis Jones are then the likely candidates for the third midfield role:

Those changes would have Liverpool line up as follows: 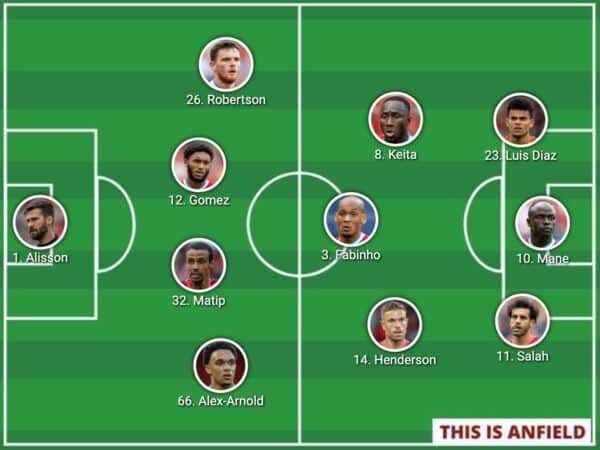 As abovementioned, much will hinge on the availability of Van Dijk and Thiago but if all is well they will be expected to be members of Klopp’s latest XI.

Having seen a two-goal lead slip the last time the two teams met, there will be no underestimating the hosts despite their current run that has seen them pick up one win from the last nine.