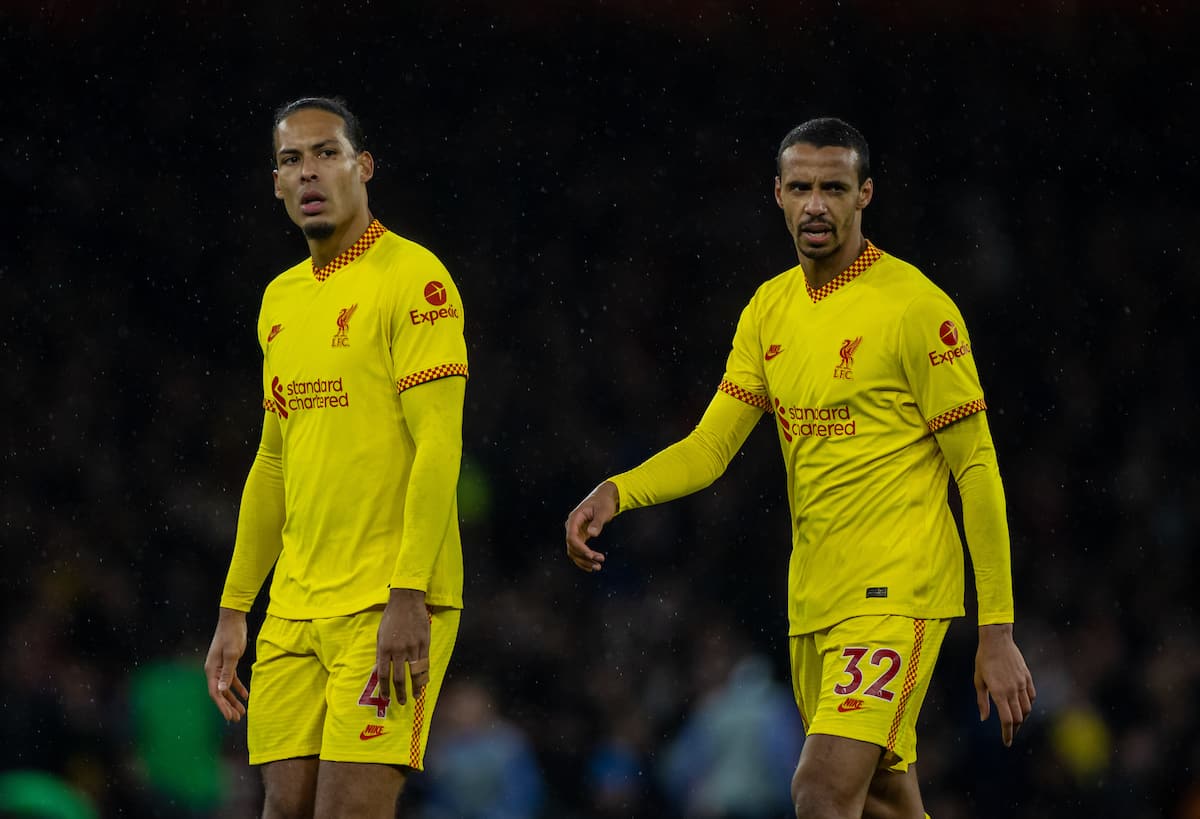 Liverpool’s defensive heroes stood out in the Reds’ massive 2-0 victory away to Arsenal, but Sadio Mane struggled in attack.

Jurgen Klopp‘s side faced one of their most important Premier League games of the season on Wednesday night, looking to cut Man City‘s lead to just one point.

Having been poor in the opening 45 minutes, Liverpool came alive when Diogo Jota fired past Aaron Ramsdale at his near post.

Here we compare our player ratings with those from the Liverpool Echo, the i, WhoScored and FotMob and the TIA readers. 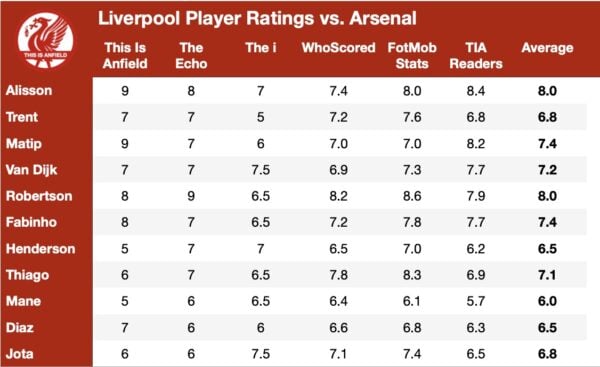 It was Alisson (8.0) and Andy Robertson (8.0) who were deemed to be Liverpool’s best players in north London, with both magnificent on the night.

The former made a crucial save to deny Martin Odegaard just before the opener, in a moment that could be so pivotal come May.

TIA’s Mark Delgado described Alisson‘s performance as “impeccable”, as he again showed why he is the world’s best goalkeeper.

In joint-second place were Joel Matip (7.4) and Fabinho (7.4), both of whom were largely immaculate.

Matip made seven clearances and three recoveries, as pointed out by FotMob, with February’s Premier League Player of the Month again outlining his brilliance. 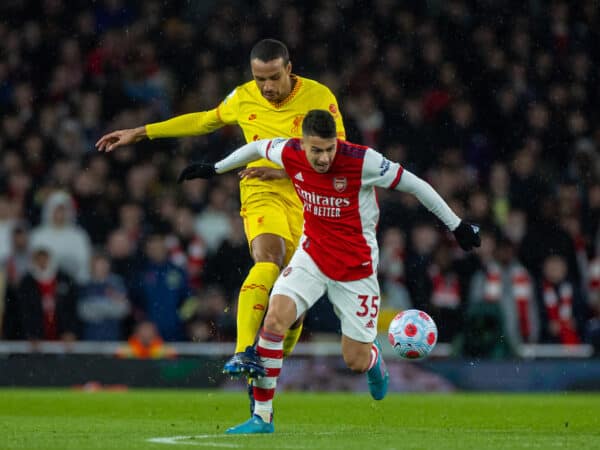 As for Fabinho, Delgado thought he was “unquestionably the most important of Liverpool’s midfield contingent”, mastering the No.6 role.

Also finding his way into the top-three, albeit the fifth-highest-rated player overall, was Virgil van Dijk (7.2).

The Dutchman “comfortably quelled” Arsenal‘s pressure as the minutes ticked by, according to Doyle, as he excelled alongside Matip.

As for the Reds’ worst player on the night, Mane (6.0) got the lowest rating, following an erratic showing.

The Senegalese played no key passes and was dispossessed on three occasions, struggling in a rare right-sided role.

Next up for Liverpool is Sunday’s trip to Nottingham Forest in the FA Cup quarter-finals (6pm GMT).