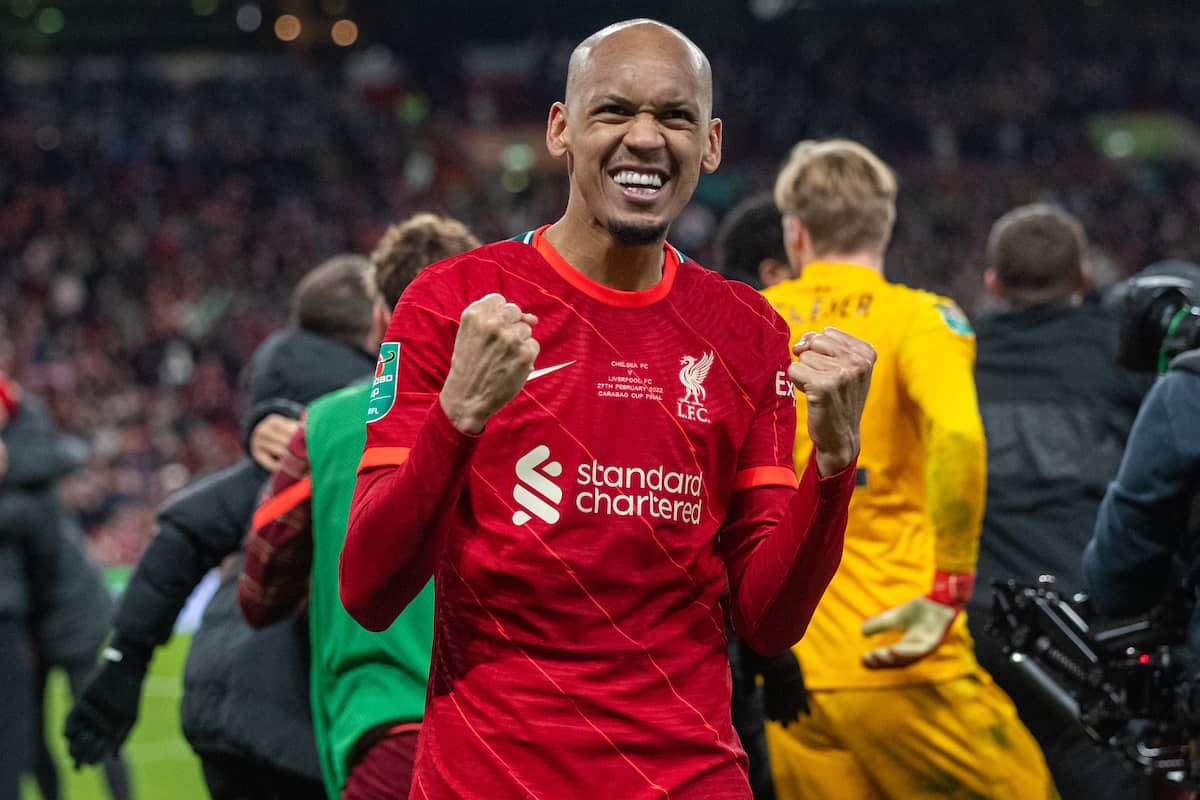 Fabinho has discussed the plan behind his panenka penalty in the League Cup final shootout, revealing that Luis Diaz “didn’t believe” he would actually do it.

When Liverpool went into their penalty shootout against Chelsea at Wembley, Fabinho was one of the first on the list to take a decisive spot-kick.

With Mohamed Salah and James Milner on the pitch too, Jurgen Klopp was able to call upon all three of his regular takers, while Virgil van Dijk and Trent Alexander-Arnold also stepped up among the first five.

Though the rest of his team-mates went for more orthodox finishes – albeit similarly impressive in Van Dijk’s case – Fabinho embarrassed the cocksure Kepa Arrizabalaga as he chipped a perfect panenka down the middle.

Fabinho sat in front of journalists for the first time since the final as he took pre-Inter Milan press conference duties, and was asked to tell the story behind that penalty.

“The day before, I tried to do a panenka,” he explained.

“But that was just me and Luis Diaz without a goalkeeper, so I tried to shoot like this and I told him ‘tomorrow, if we go to pens, I will shoot like this’.

“He didn’t believe me!

“But when I was walking to the ball to take that penalty, it was in my mind that I will shoot a panenka. So yes, it worked.”

Fabinho was questioned on whether this summed up his confidence at present, with the Brazilian accepting that, had he missed, he would have been far from the most popular player in the squad. 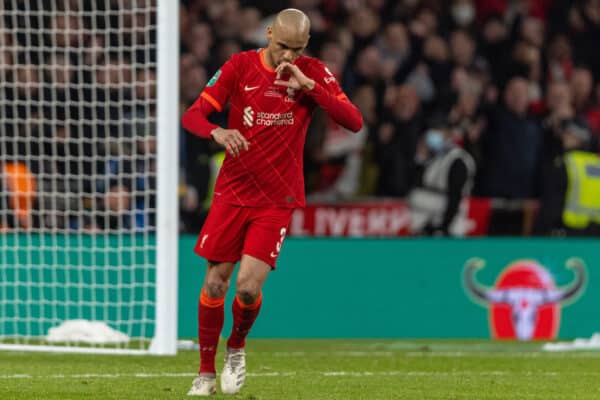 “When you shoot a penalty like this, you have to know if you miss maybe you can’t go into the dressing room – because everyone would kill you!” he joked.

Liverpool’s No. 3 has already scored six goals this season, three of which were penalties, and Fabinho has now set his sights on double digits.