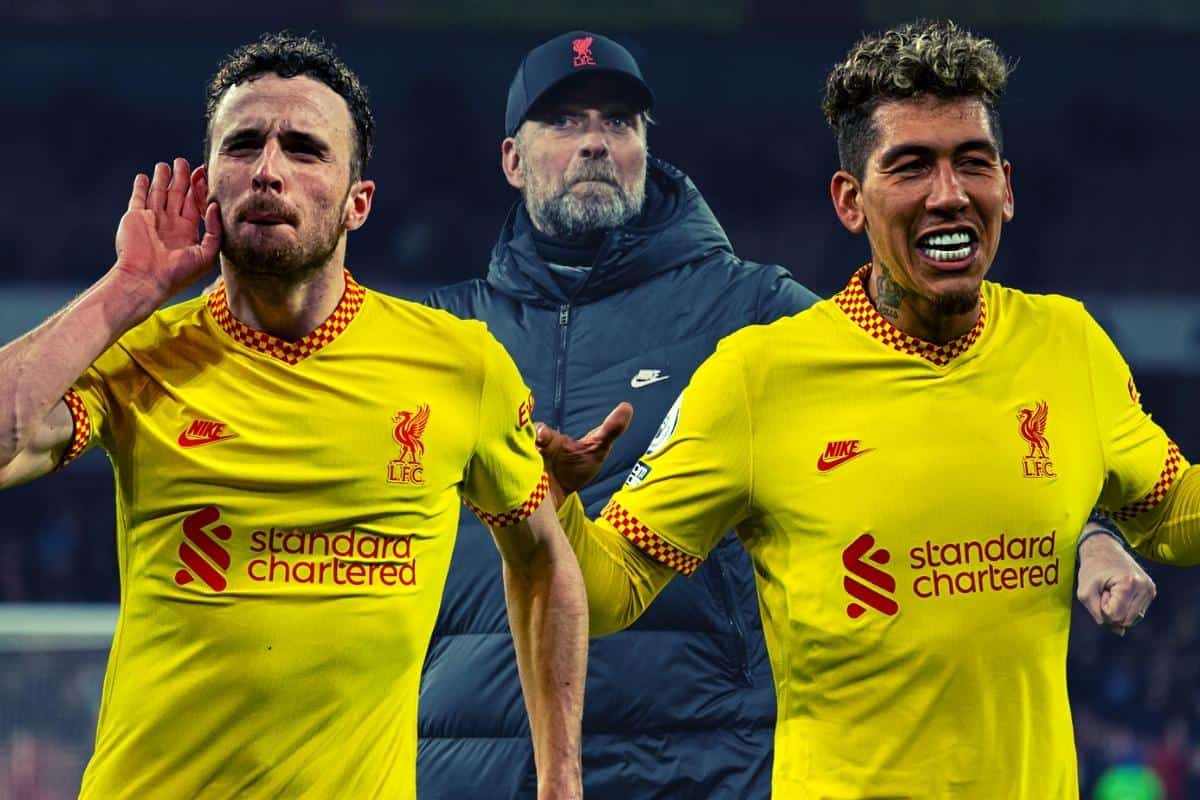 Jurgen Klopp has explained how he believes Liverpool are now capable of fighting on all fronts, with added depth and fitness in his attack allowing him to rotate.

Last summer saw fans confronted with the prospect of the long-serving front three of Mohamed Salah, Sadio Mane and Roberto Firmino being broken up.

The trio all entered the final two years of their contracts and, with the exception of Salah, there was little in the way of speculation over extensions to those deals.

But the arrival of Diogo Jota in 2020 and Luis Diaz in the January transfer window has given Liverpool a new edge, while both Takumi Minamino and Divock Origi have stepped up with vital goals, too.

Those seven attacking options have scored 85 between them so far this season – or 75.2 percent of the Reds’ goals in all competitions – and, in mid-March, there is still a chance of celebrating an unprecedented quadruple come the end of the campaign. 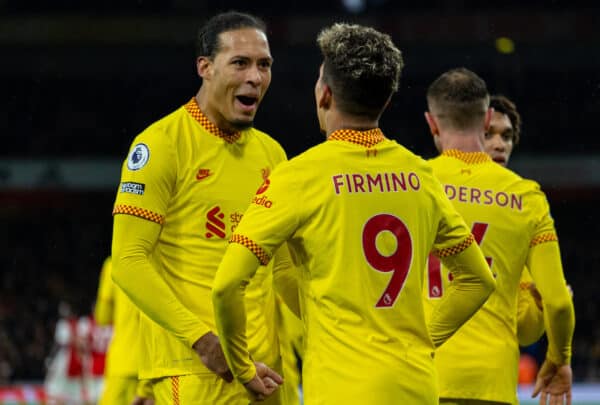 Previously, Klopp was required to effectively sacrifice the domestic cups in pursuit of Premier League and Champions League glory, but this time around, the League Cup is already in the bag and an FA Cup quarter-final awaits.

And speaking after the 2-0 win over Arsenal that boosted Liverpool’s chances of catching Man City in the race for the league title, the manager relished a welcome “problem” in juggling his wealth of talent in attack.

“It’s not a massive problem, to be honest, to find the right lineup,” he said.

“It depends on the moment and stuff like this, who played how many minutes – if you have the chance, it’s the first time we have it.

“Usually, years ago, it was like Sadio and Mo played all the time and Bobby pretty much all the time or Divock played.

“That was the situation. Maybe that’s the reason why we were never in more competitions, just two or whatever.

“I don’t have a problem with that.

“Divock Origi was not in the squad today, that’s a joke as well.

“Because if you could see him training you would think ‘how can you leave him at home?’. But that’s it.”