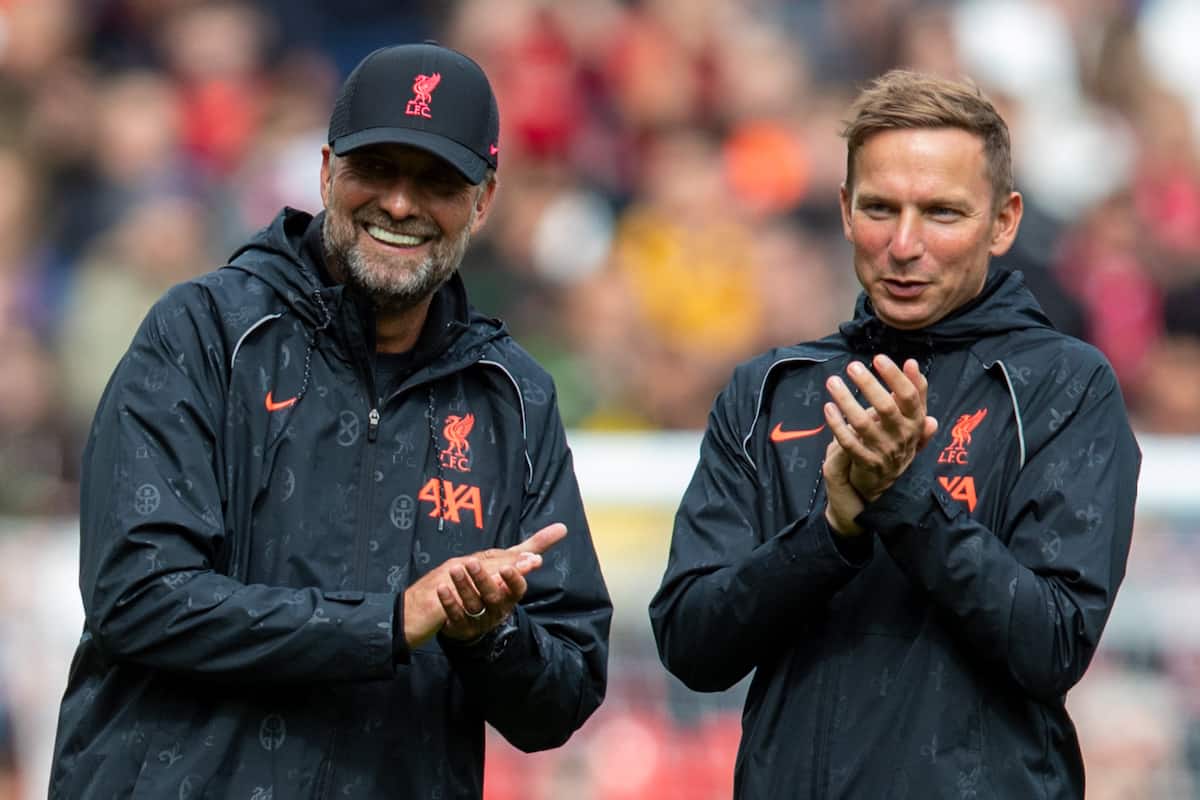 Jurgen Klopp has revealed how he helped curate Liverpool’s new ‘Boot Room’ in the Main Stand at Anfield, having been introduced to the legend on his arrival.

The Boot Room was, initially, just that: a small room near the Anfield dressing room that stored the player’s boots.

It was then transformed by the legendary Bill Shankly into the institution it is known for today, as a place where the Liverpool manager and his staff could share a drink and discuss football.

Along with Shankly, members of what would go on to be known as Liverpool’s Boot Room included Bob Paisley, Joe Fagan, Ronnie Moran, Reuben Bennett, Tom Saunders, and later Geoff Twentyman and Roy Evans.

The original Boot Room was demolished in 1993, but its legend lives on and its story is told in a new BT Sport Films documentary The Boot Room Boys.

Ahead of its release, Klopp sat down with BT Sport to discuss his experience of the Boot Room – and revealed he now has his own version in the new Main Stand.

“If I’m 100 percent honest, I knew exactly two names from the legendary Boot Room: Bill and Bob. That’s the two,” he said of his arrival in 2015.

“About Ronnie Moran and these guys, I only heard later on. Maybe that’s not right, but that’s the 100 percent truth.

“But I love all the stories around it.

“So the first thing, which was completely new to me, was when I arrived at Liverpool and went to the stadium for the first time.

“They showed me the dressing room – which was not very impressive in the old stand, to be honest – but then they told me ‘OK, this is your little Boot Room’.

“[I said] ‘what is that?’, so they explained it to me and it was really nice, like a little pub in the stadium, only for the manager and stuff like this. I liked it a lot.”

The Main Stand was expanded in 2016, including a major redevelopment of the stand’s concourse and facilities – which included a new dressing room for the players.

As Klopp explained, he and his wife Ulla worked to include a new version of the Boot Room for the manager, his staff and their families to sit and drink after games.

“So, in the new stand now we did our own Boot Room,” he continued.

“Ulla, my wife, was responsible for the furniture and how it looks. For me, it’s the best pub in Liverpool.

“After a game, we love going there with all my staff and all my friends and their families. It’s great. 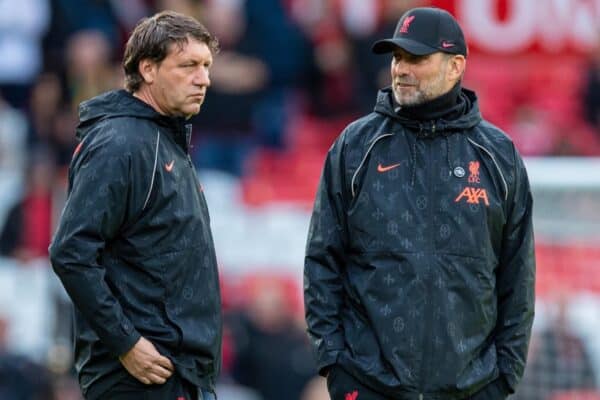 “We don’t have that in Germany. We’d go in a pub after the game, you have maybe a corner in the public ‘VIP’ area.

“It’s better that you are together with the people you know already. So it is our safe place, I would say.”