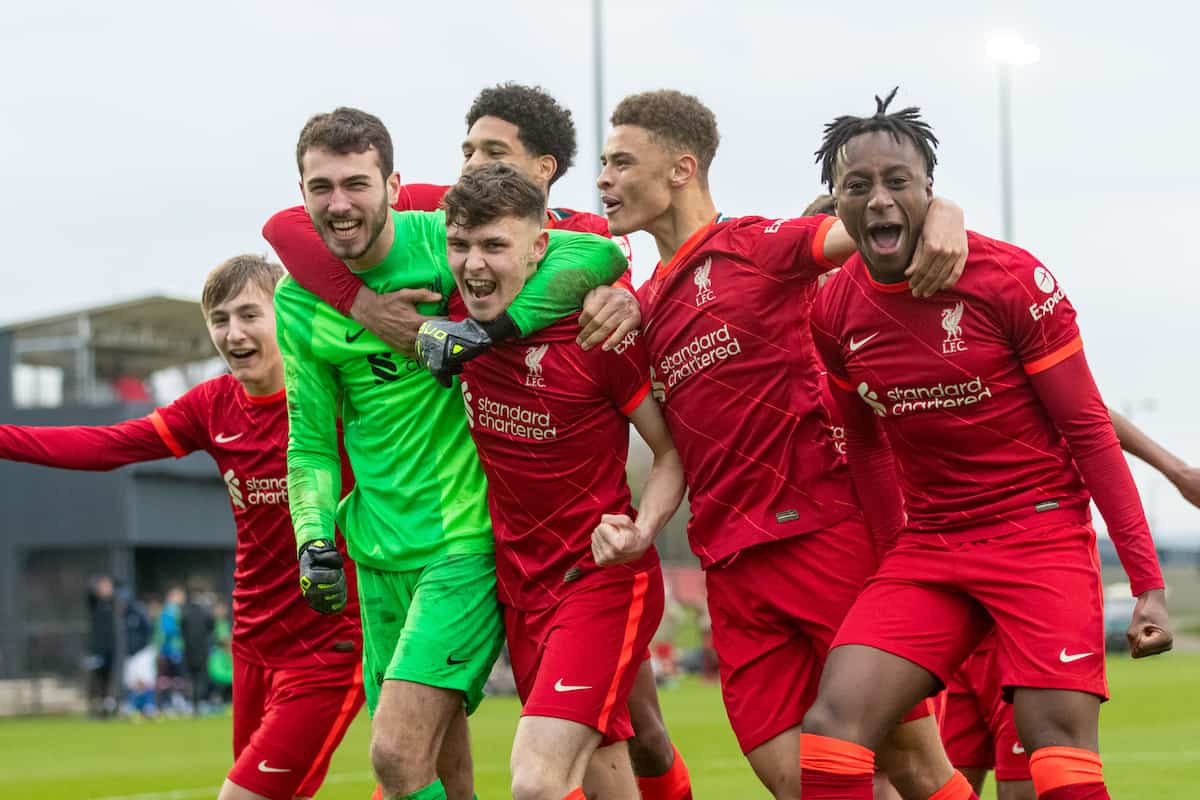 Liverpool under-19s took a huge step to claiming their maiden UEFA Youth League title as they defeated Belgian side Genk on penalties.

Oakley Cannonier fired his 28th goal of the season during a tense first half at Kirkby just moments before half-time.

The Belgian side instantly replied immediately after the break as midfielder Jay-Dee Geusens fired an equaliser from range.

That set the stage for Harvey Davies to make himself a hero during the penalty shootout as he saved two spot-kicks and the young Reds triumphed 4-3. 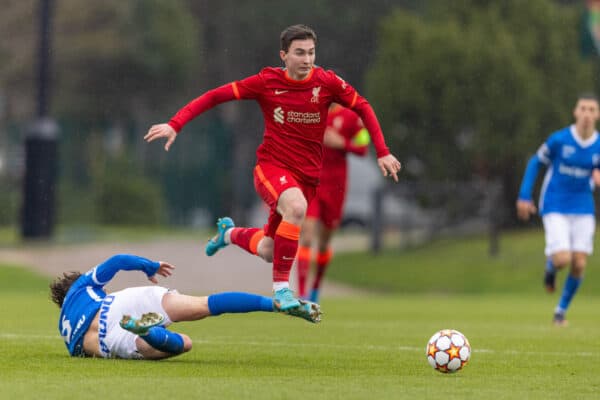 With Jurgen Klopp’s senior side hosting Norwich in the FA Cup fifth round at Anfield later this evening, there were a few missing faces from the U19s lineup.

Kaide Gordon, Owen Beck and Conor Bradley all sat out of the round-of-16 tie, which started assumptions that they could have some part to play at Anfield later in the day.

Midfielder Tyler Morton was also missing from Bridge-Wilkinson’s selection pool, which was no surprise given that he hobbled out of Friday’s under-23s fixture on crutches after picking up a knock early on during the victory over Arsenal.

Given what was at stake for whoever would emerge victorious on Merseyside, it was a rather tentative start to proceedings as neither side wanted to overcommit and sabotage their chances of progressing through the one-legged tie. 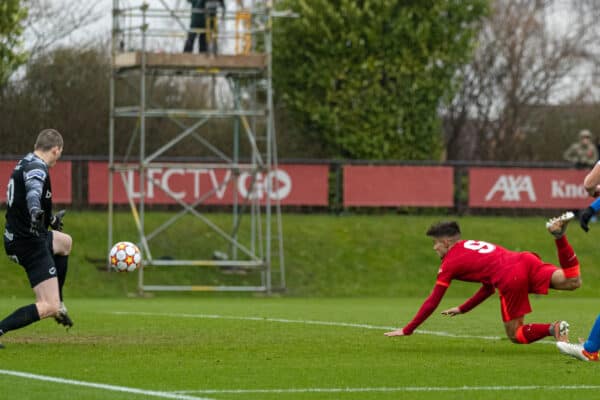 The young Reds had the first chance of the half after a swift break, led by Mateusz Musialowksi, resulted in James Norris finding Cannonier with a low, driven cross, only for his effort from close range to be blocked by a blue shirt.

Soon after, Cannonier was presented with another opportunity to break the deadlock after some lovely combination work from Musialowksi and Max Woltman opened up the space for the Leeds-born forward. But he was once again denied by a last-ditch challenge.

The forward could and – judging by his own immaculate standards he has set so far this season – probably should have had a first-half hat-trick.

However, he was unable to lift his next effort over Tobe Leyson after placing himself in a one-on-one situation, as the crucial elevation was missing from his attempt that struck the goalkeeper in the body. 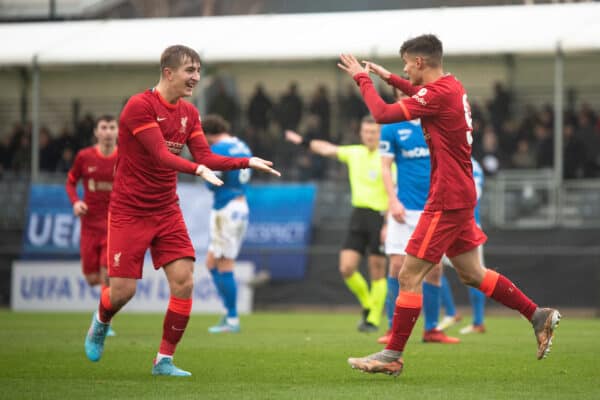 Just moments before the interval, however, Cannonier finally managed to notch his 28th – and most important – goal of the season.

Melkamu Frauendorf hung an inviting ball into the box, which was met by the left foot of Woltman.

Though the forward couldn’t connect cleanly with it, this unintentionally diverted it into the path of Cannonier, who was alert enough to the situation to head the ball past Leysen from inside the six-yard box. 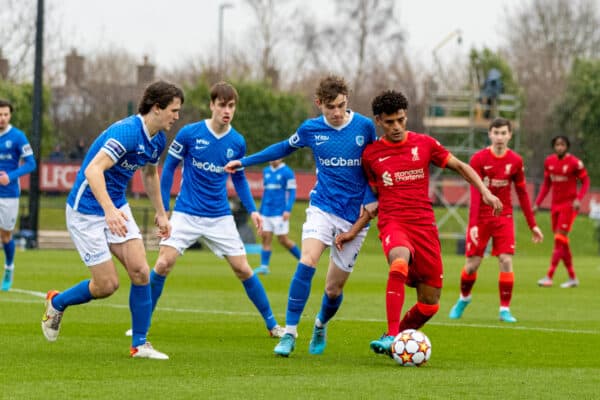 Genk started the brighter of the two teams straight after the restart, and their willingness was rewarded, fortuitously, as Billy Koumetio’s sliced clearance only found its way to Jay-Dee Geusens.

The imposing midfield took a touch, steadied himself, and fired his effort from range past the helpless Davies to restore parity at Kirkby.

Both sides appeared lethargic in the closing stages of the tie as penalties loomed.

A handful of impressive clearances from Norris ensured that the young Reds stayed in the game and took their Belgian counterparts the full distance. 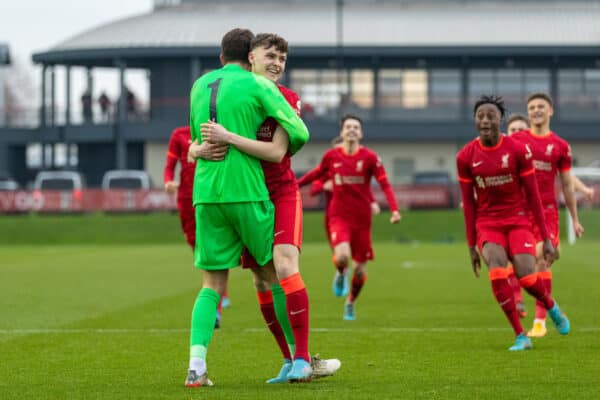 Davies was the hero for the home side in the shootout as he saved twice, which gave Bobby Clark the platform to dispatch the winning spot-kick and set up a quarter-final tie with Juventus.