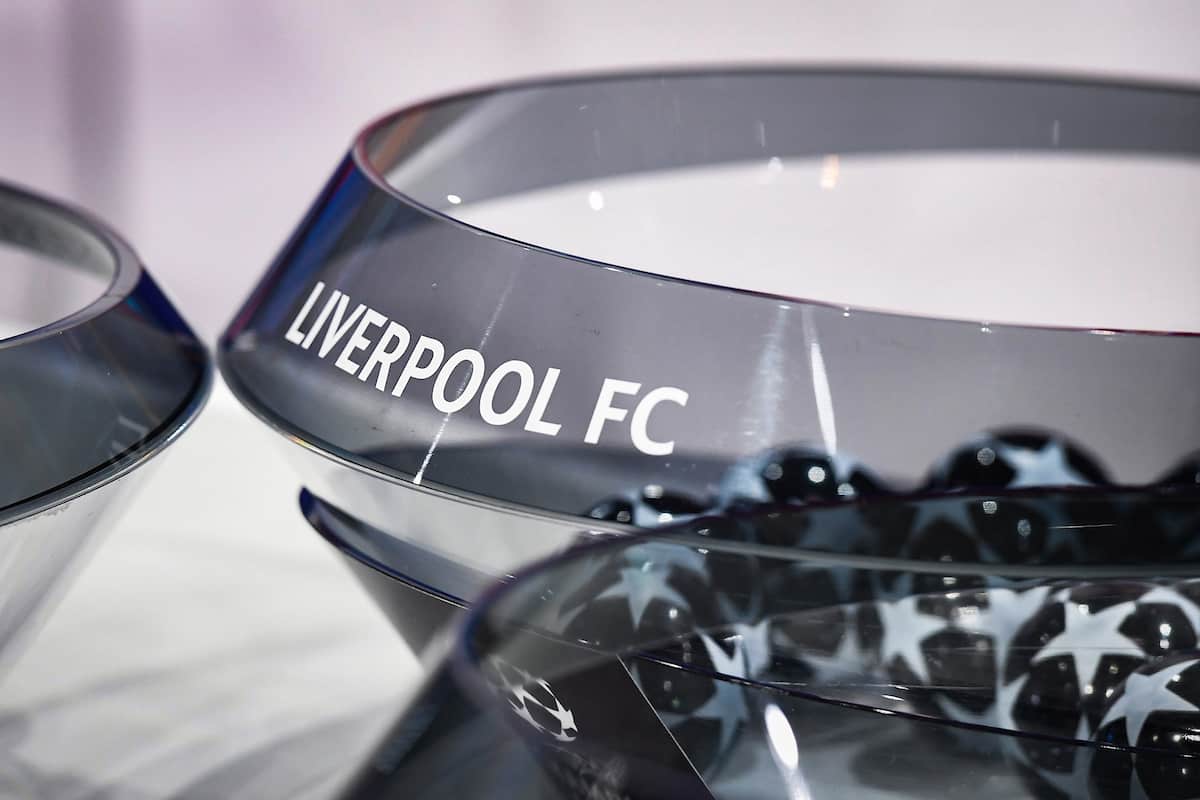 While Liverpool were in action at Arsenal on Wednesday night, the two final last-16 ties were taking place in the Champions League meaning we now know all the details for Friday’s draw.

The draw, at UEFA’s headquarters in Nyon, is at 11am (GMT) and will draw both the quarter-finals and semi-finals.

There is no country protection in the quarters onwards, meaning a potential meeting with a fellow English side after both Man City and Chelsea also qualified.

The two Madrid teams, Real and Atletico, remain in the draw, along with fellow Spaniards Villarreal after they shocked Juventus to win 3-0 on Wednesday night and 4-1 on aggregate.

Portuguese giants Benfica and Germany’s Bayern Munich round out the seven options:

When are the quarter-finals?

The two ties fall on either side of the meeting with Man City at the Etihad on April 10. Drawing City would mean three games in a row against Pep Guardiola’s side… and four in a row if we also drew them in the FA Cup semi-finals!

The road to Paris continues in late April – early May.