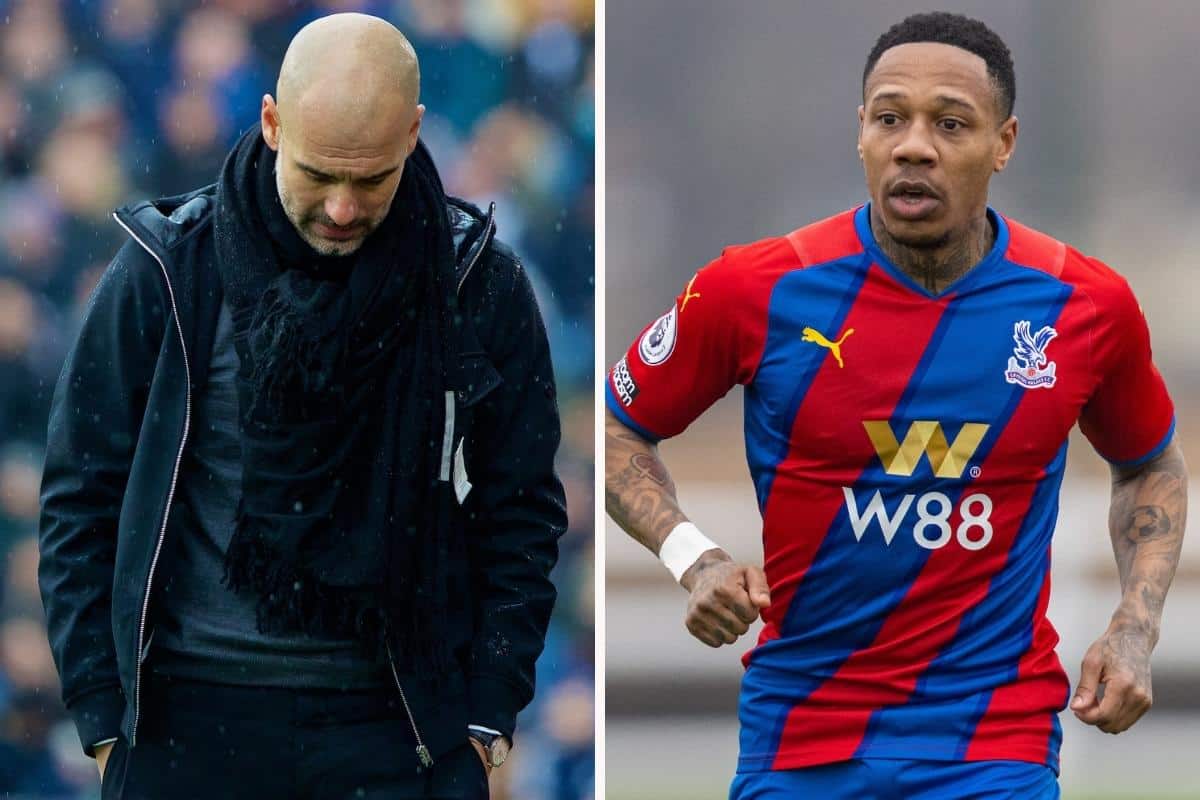 Liverpool were handed a huge chance in the title race as Man City dropped points at Crystal Palace on Monday night, with Nathaniel Clyne playing a pivotal role.

After a quiet start to the season in which he featured in two of 25 Premier League games, Clyne has settled as an important part of Patrick Vieira’s defence.

The ex-Reds right-back has started each of the last five in the league, with Palace extending their four-game unbeaten run with a 0-0 draw with City this week.

As expected, Pep Guardiola’s side dominated at Selhurst Park, with 73.8 percent of possession and 18 shots to seven, but Palace were defiant in their rearguard approach.

City twice hit the post, while Vicente Guaita pulled off five saves, and Bernardo Silva squandered two big opportunities as the champions were forced to settle for a draw.

That means Liverpool could move within a point of City with a win over Arsenal on Wednesday night, and with nine games to play after that – including a trip to the Etihad – the Reds are well in the race.

Part of Palace’s staunch defence, Clyne received considerable praise from fans of his former club for his efforts after the game:

Clyne had his best game for Liverpool tonight.

Nathaniel Clyne went to Palace on a free and managed to pocket £100m Jack Grealish the whole game.

Clyne’s mum: ‘’hey Nathaniel, where’d you get all that money in your pockets??’’

What Man Utd couldn’t do for us, Clyne did

Once a red forever a red

Liverpool still have a big job to do after the boost of City’s draw, though, with Arsenal in excellent form ahead of the Emirates clash.

Mikel Arteta’s side have won each of their last five games and are unbeaten in six, having not lost since the 2-0 defeat in the League Cup semi-final – in the league, their last loss came on New Year’s Day.

But the mentality of the Liverpool squad should prepare them for this challenge, with the added pressure of catching up with City after their slip-up at Selhurst.