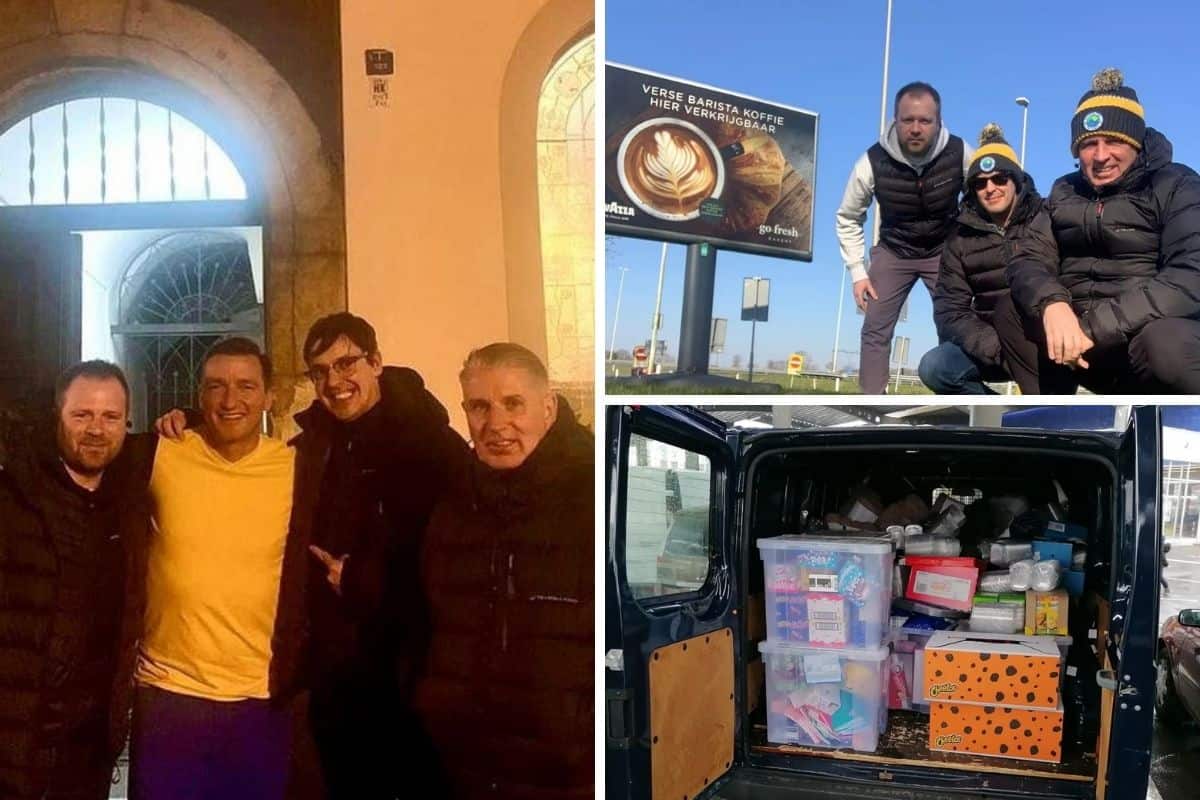 Three friends from Liverpool have arrived at the Poland-Ukraine border to deliver essential items to those fleeing the Russian invasion of Ukraine.

Brendan Wyatt, owner of the well known Transalpino shop, Robin Grime, and Rado Chmiel set off on the 1,400-mile journey earlier this week, arriving on Wednesday.

The lads drove via Czech Republic, where former Liverpool player Vladimir Smicer donated two rooms at his hotel for the night.

Rado is a ‘Polish Scouser’, having lived in the city for 16 years and working as a translator – including translating Jerzy Dudek’s autobiography.

The trio have so far raised over £6,500 and have been buying essential items locally to take to the refugee point on the border.

“When we arrived at the transit refugee point in my hometown Rzeszów and explained what we’ve done so far with the donations, we were welcomed with open arms,” explains Rado.

“The world is small as this camp is being run by a friend from the neighbourhood where I grew up, Agnieszka.

“We went then straight to the cash and carry and started to buy things for them.”

The trio have visited a disused shopping centre that is now housing over 500 women and children (see video above).

Rado explains: “When I went into the camp, a little girl aged maybe two or three years old was blowing bubbles. She was full of joy and smiles. It burst me in tears.”

* You can make a donation at the ‘Ex Player’ website, here – items are being bought locally in Poland and delivered to refuge points on the border.