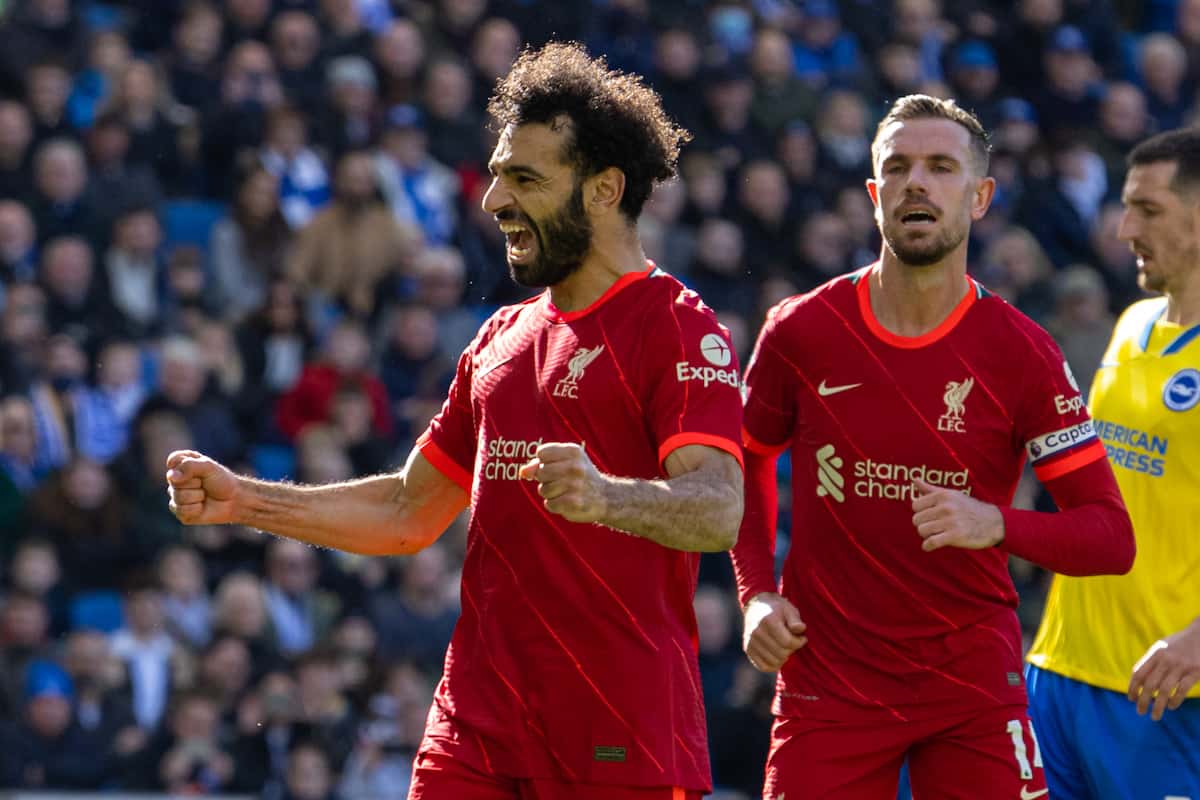 Mohamed Salah has posted a series of social media messages after the win at Brighton and as the breakdown of contract talks dominate post-match discussions.

The Reds secured another invaluable three points on the road on Saturday, putting two unanswered goals beyond Brighton to move Liverpool back to within three points of Man City.

Salah established the comfortable buffer from the penalty spot with what was his 28th goal of the season in all competitions, before worryingly coming off the field with what appeared to be a calf injury.

Jurgen Klopp revealed the Egyptian thought “it’s not serious” but further assessment would shed light on any issue before the trip to face Arsenal on Wednesday.

It is the Reds’ game in hand and at this stage, the title remains a straight shootout between Man City and Liverpool with the two to meet on April 10, and Salah knows just that.

After a “one down” post after the League Cup final win, he took to Instagram late on Sunday to show just where his focus is after the latest league win:

“It is still in our hands” was his message on Instagram and Twitter, with the statement an echo from a previous post back in December after the 1-0 win moved Klopp’s side to the top of the table.

Man City meet Crystal Palace on Monday evening in what is their latest hurdle to clear, with another win to again extend their lead to six points before the Reds face an in-form Arsenal.

Salah will continue to play a significant role in Liverpool’s pursuit of the league title and the two remaining cup competitions, but much of the reaction to his post was all contract talk. 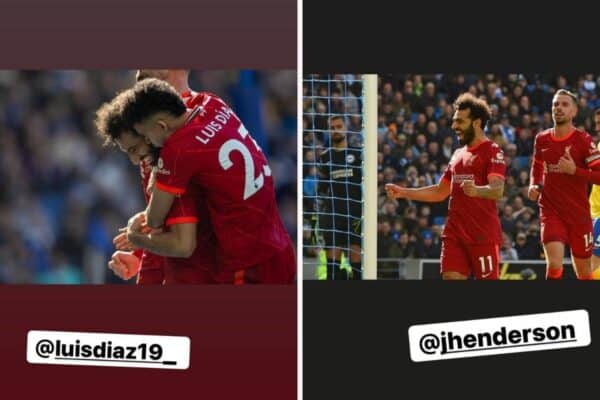 After Klopp’s comments of it being “Mo’s decision” and his agent’s eyebrow raising response, there was a simple “sign it” message from fans.

It is no doubt a story that will bubble under the surface but for now, all focus has to be on the pitch as Liverpool chase history.