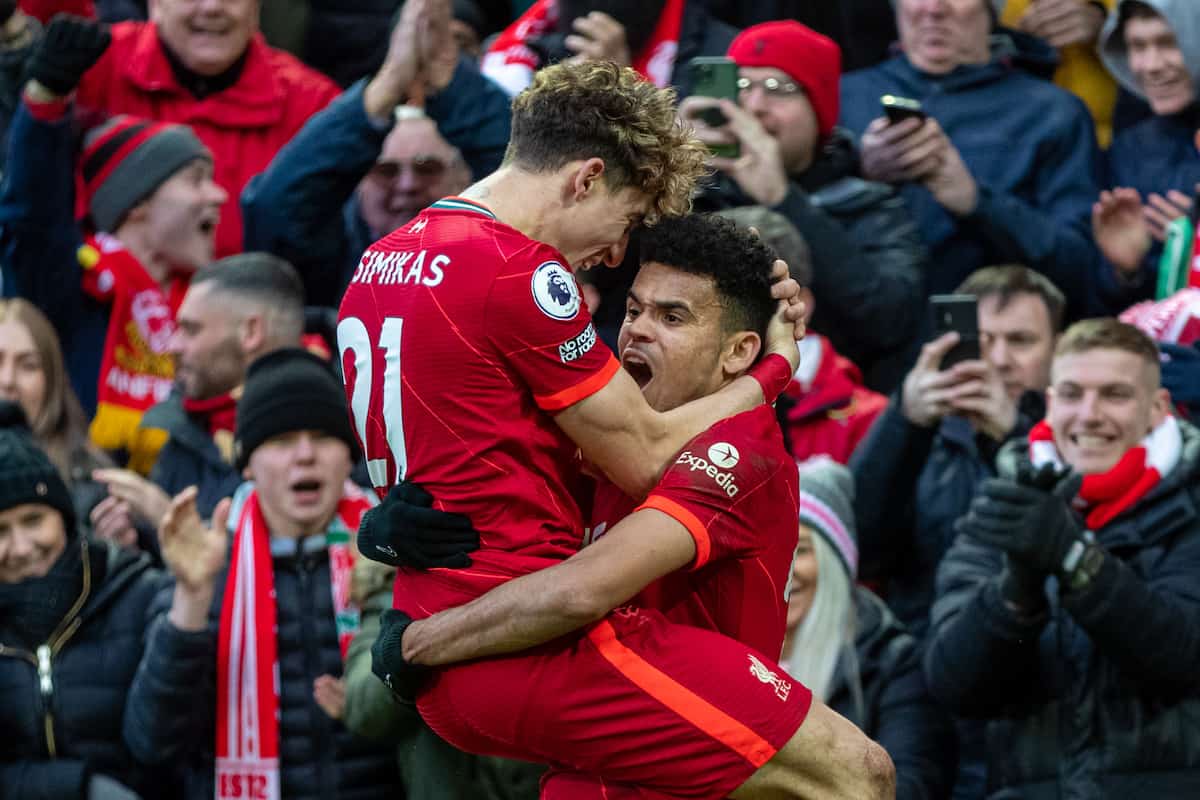 Jurgen Klopp is again spoilt for choice as he looks to plot Liverpool’s path into the Champions League semi-finals, but he has hinted that rotation for fresh legs is in order.

The Reds were firmly tested on Sunday and remain firmly in the hunt for the Premier League title, but all eyes are now on what awaits on the European stage.

While Liverpool went all-in at Man City, Benfica could afford to rest key players ahead of their trip to Merseyside and it means fresh legs will be key for Klopp and co.

A 3-1 advantage puts one foot in the semi-finals but Inter Milan provided a recent warning not to take it for granted but you can bet on Anfield to be more than up for the occasion.

Here is how Klopp could set up his side on Wednesday evening.

Liverpool’s squad remains without a member in the treatment room, but that does not mean fresh legs will not come into play at Anfield: 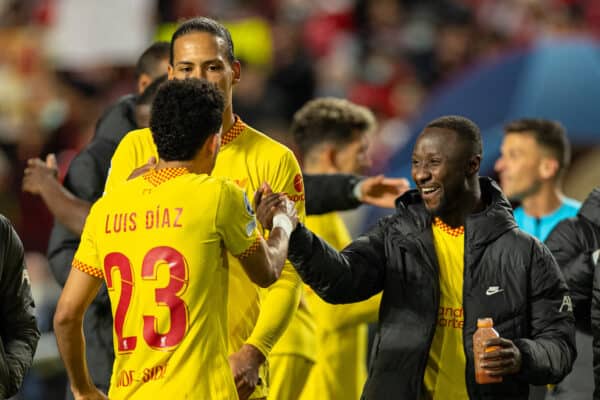 The manager acknowledged that “the next game has no influence on the lineup for tomorrow night, but the last game has,” meaning changes are certainly on the agenda.

In the hectic schedule throughout February and March, Klopp averaged 5.3 changes per game and he could certainly go below or above that figure.

If we consider the former here, these are the changes that he could look to make:

This would make for four changes from Sunday’s draw: 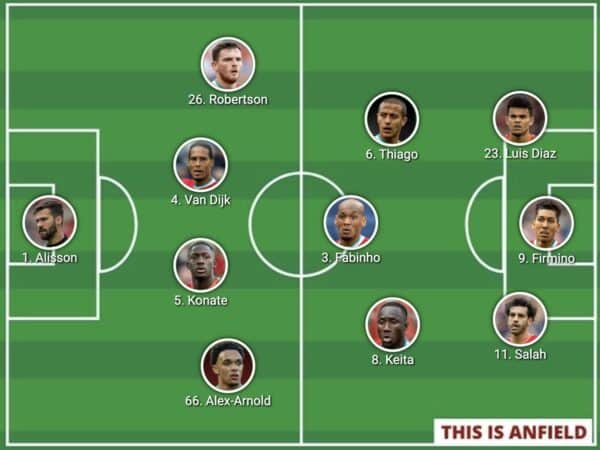 On the other hand, there could well be six changes to the XI with Joel Matip, Andy Robertson, Fabinho, Thiago, Sadio Mane and Mohamed Salah all handed a breather.

With this the “strongest team” Klopp has ever had, the Reds still have plenty of firepower to see out the tie and make it to the last four of the competition:

Those changes could see Liverpool set up like this: 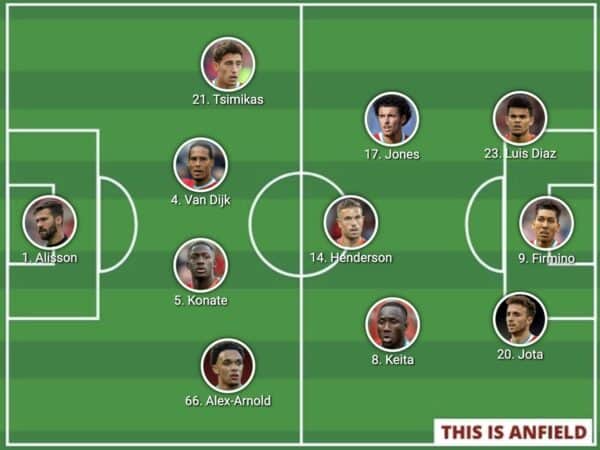 Klopp knows he has “a bigger squad, high quality, all fit” and it makes for plenty of lineup options, all of which ought to be enough to get the job done.

Benfica are a side that will have nothing to lose but the Reds can afford to look at the bigger picture with a number of their players thanks to the 3-1 lead.