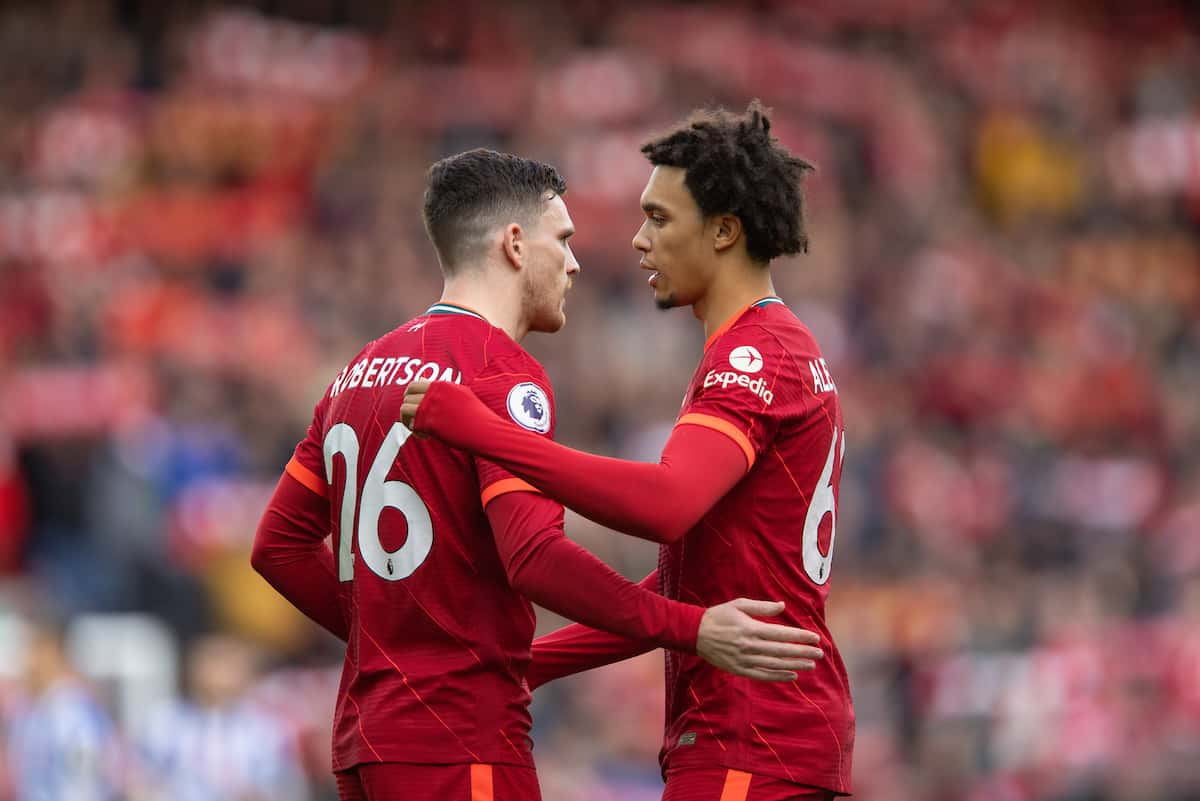 After an injury-free international break, Jurgen Klopp has a near full-strength squad to select from as he looks to plot the Reds’ move to the top of the table against Watford.

Premier League action is back on the agenda for the Reds to kickstart a month that sees Klopp’s side compete in three different competitions, with each game its own cup final.

Liverpool are well-positioned to attack their hectic schedule with only two senior figures having a question mark on their chances of featuring at Anfield, leaving the manager with plenty of options.

And the stakes are clear, a win on Saturday would see Liverpool move to the top of the table, at least temporarily ahead of Man City‘s trip to Burnley later in the day.

Watford, who are fighting for their survival, will aim to spoil the party but Liverpool ought to have more than enough firepower.

Here’s how the Reds could lineup on their return. 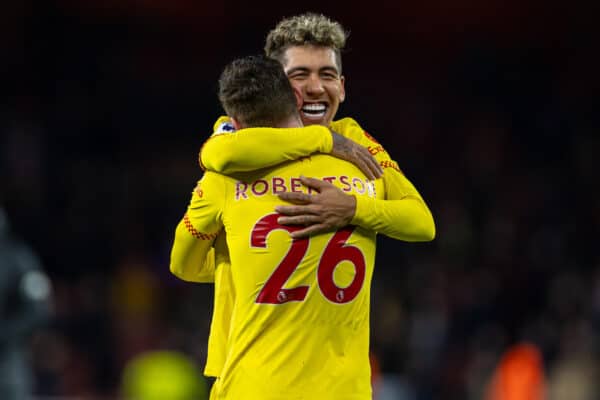 Much will depend on if the game comes too soon for Alexander-Arnold, with all eyes on who Klopp will opt for in the right-back spot, with both Joe Gomez and James Milner possible deputies.

If the Reds do opt to err on the side of caution and instead hand him a start at Benfica, Gomez is the likely choice in his place.

It is only one of a handful of decisions the manager needs to make with choices aplenty in midfield and attack, with international exploits potentially to play their part:

That would have Liverpool lining up as follows: 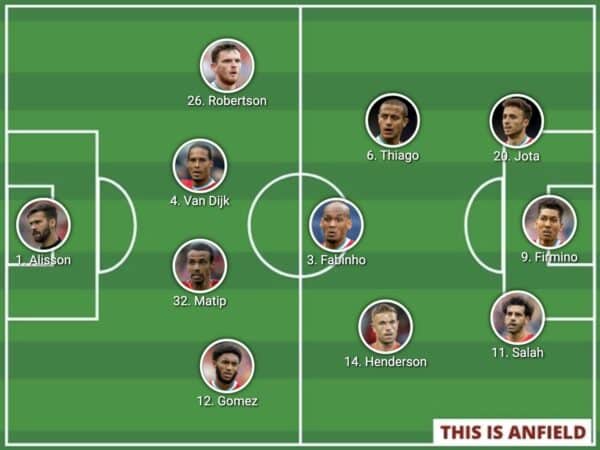 But should it prove possible for Liverpool to throw Alexander-Arnold back into the fray with little delay, it would represent the Reds’ strongest available back five.

And with the manager hinting at the need for “fresh” legs after his squad’s international exploits, one could expect Roberton Firmino to be the focal point in attack.

But it also means there could be a surprise or two, and here are the potential Klopp curveballs:

This is how those changes would see the Reds line up: 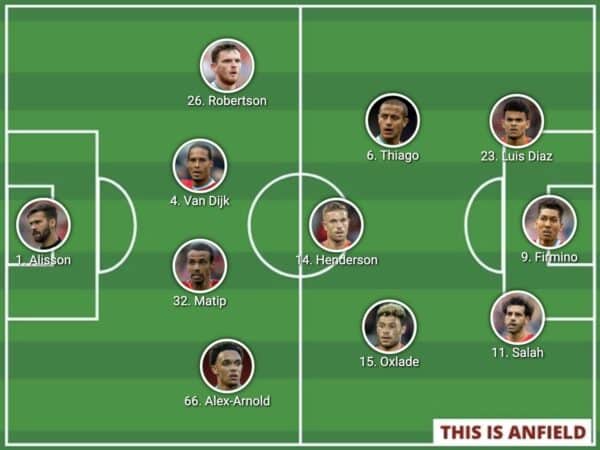 The likelihood is that Alexander-Arnold is handed a few more days before making his return, with no risk needed with eight games, possibly nine, laying in wait for Liverpool in April alone.

Liverpool find themselves in an enviable position regarding the health of their squad and Klopp will be eager to keep it that way for as long as possible, all the while picking up the needed results.