“Everybody loves Div!” – Klopp tips Divock Origi to “explode” at his next club

Jurgen Klopp believes Divock Origi will “explode wherever he goes” after the Belgian signed off his last Merseyside derby with another decisive goal.

Origi came off the bench on Sunday to play a part in the first goal and head in the second as Liverpool earned a 2-0 victory over Everton.

It brought his goal tally in the derby up to six, with the No. 27 not scoring more than three against any other side throughout his eight years as a Reds player.

But with his contract due to expire at the end of the season, Origi is due to depart on a free transfer, with it expected that he will join AC Milan.

That lent a poignancy to his efforts at the weekend, clawing Liverpool back into the tie and keeping their title hopes alive in his first league outing in two months.

“He’s a legend on and off the pitch I have to say, that’s how it is,” Klopp reflected in his post-match press conference.

“He is a fantastic footballer. For me – and I know it sounds ridiculous because I don’t line him up often – he’s a world-class striker.

“He’s our best finisher, definitely. He always was and everybody would say the same.

“When you see him doing these kinds of things in training and he’s not in the squad because of the quality of other players, that is really hard I can imagine.

“Today, again, other players were not in the squad who are in really good shape; really hard decisions to make because the boys all want to contribute and are all responsible for the situation we are in.

“But then Div. Everybody loves Div, and rightly so. He was, again, very decisive and I’m very, very happy for him.”

As he spoke to Sky Sports after the game, Klopp touched upon the prospect of losing Origi at the end of the season.

The manager predicted that the 27-year-old could “explode” at his next club – and believes he would deserve to do so for his services as a legendary squad player for Liverpool.

“Whatever Div will do in his future, if he gets back for what he’s doing here for Liverpool, I probably will never, ever miss a player more than Divock Origi,” Klopp said.

“Because he will just explode wherever he goes.” 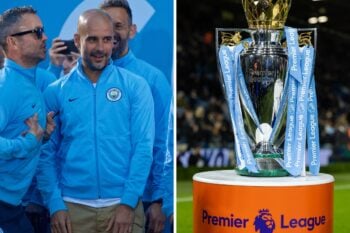 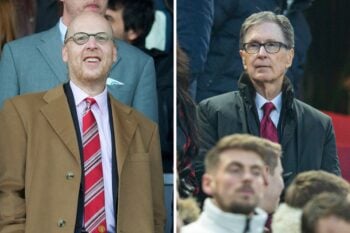