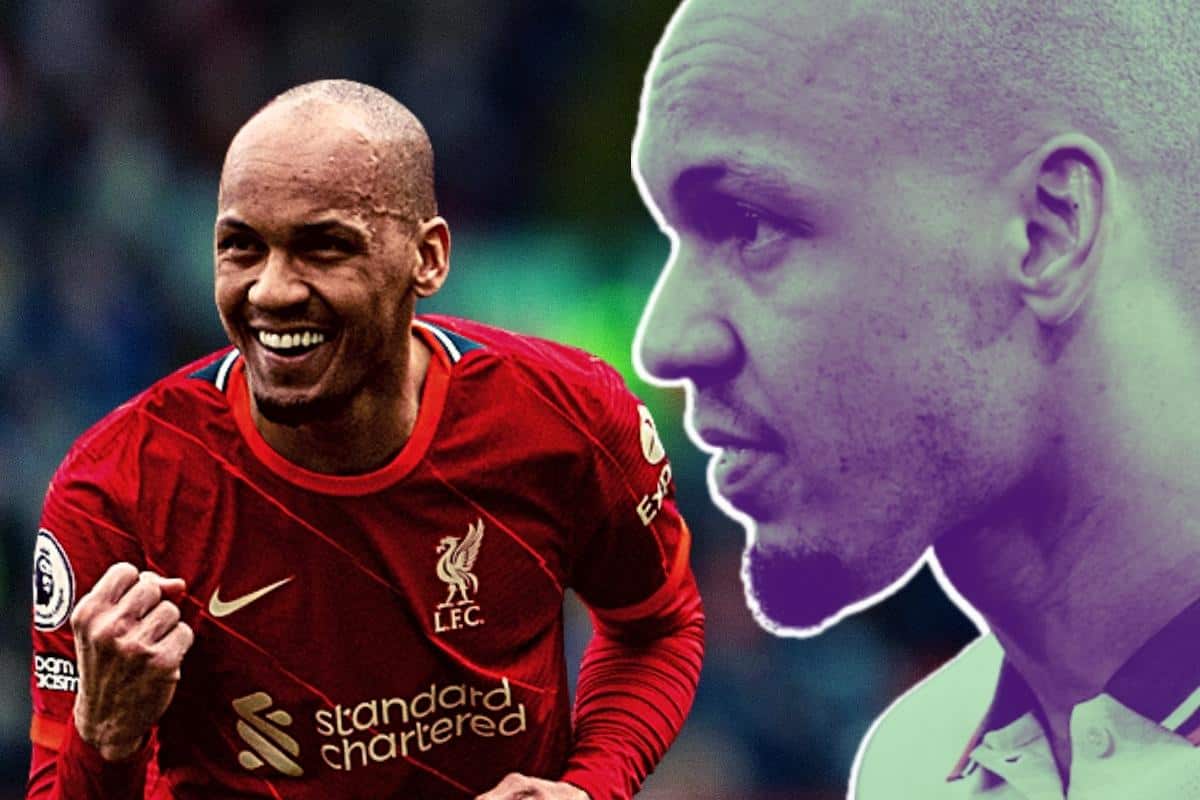 Former Arsenal midfielder Jack Wilshere has claimed Declan Rice can do ‘everything Fabinho can and more’. Aaron Cutler explains why the comparison is flawed.

Jack Wilshere – remember him? – hit the headlines this week with a bold and frankly bizarre claim that West Ham’s Declan Rice is a better player than Liverpool’s own Fabinho.

In case you missed it, this is how the terrible take started and reads as follows:

“Tell me a better DMF than Declan Rice right now? Can’t think of anyone who can do what Dec can…”

And when Liverpool’s own Fabinho was put forward the response was:

“[Fabinho] doesn’t have the presence Dec has. Dec can do everything he can and more.”

Doesn't have the presence Dec has. Dec can do everything he can and more. https://t.co/tHW4fLpVyY

For the avoidance of doubt, he’s referring to the footballer, not the TV personality.

Not only did this assertion highlight a tendency to overhype English players within the media but a failure to recognise the Brazilian’s importance to both a title-winning and chasing side.

Steven Gerrard once compared Joe Cole to Lionel Messi. We can only presume that miscalculation was forgotten by the decision-makers at Aston Villa…

There is also no denying Rice’s quality. Indeed, the stats back that up. 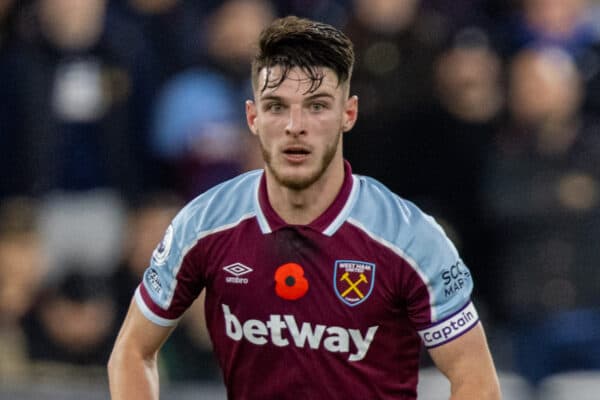 A head-to-comparison of the two midfielders shows their similarities and should spare Wilshere from outright ridicule.

Both make an average of 1.7 interceptions per game.

Crucially, the pair have each applied in excess of 300 pressures this season, winning the ball back for their respective side’s 33 percent of the time.

Numbers alone however don’t tell the whole story. As with all things football, context must be applied.

Fabinho plays in a side that both win more and enjoy far greater possession. As such, there is less need for him to display those traits synonymous with an all-action ‘DM’.

He barely broke a sweat, for example, in the 6-0 trouncing of Leeds that saw Liverpool complete just eight tackles all game. 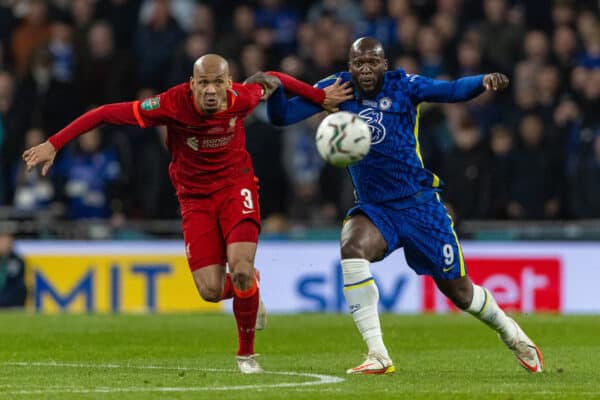 Rice is seldom afforded that luxury. He has also been freed up to become more of a box-to-box midfielder this term, hence his four assists to Fabinho’s one.

Truthfully, the Londoner has evolved from a holding player. This is certainly the case at club level.

Fabinho could just as easily make the same transition but has the likes of Thiago and Naby Keita to progress the play.

In a results business, the Liverpool man can point to a win percentage approaching 74 percent in the Premier League this year, underpinned by 13 clean sheets.

Rice on the other hand, while enjoying an impressive season at West Ham, has only registered a win ratio of 48 percent, comprising seven clean sheets.

The takeaway? Both are excellent players, but increasingly different ones operating at different levels. 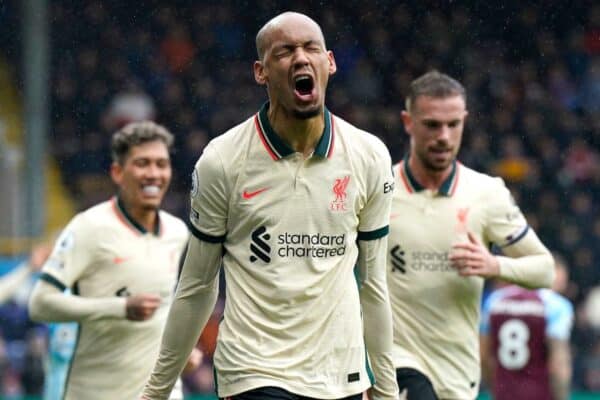 The bigger question is why the rush to hype one and seemingly forget the other?

Wilshere is not alone in this regard. Following a late equalizer against Kidderminster Harriers (yes Kidderminster) in the FA Cup, Danny Murphy compared Rice to Gerrard himself. Teddy Sheringham and Paul Ince did likewise in February.

If you take exception to Wilshere’s comments you must surely be calling for prison sentences in the other three cases.

The likeable Rice will likely depart West Ham this summer and in doing so take his game to the next level. To speak of him in the same breath as the best English midfielder of the last 25 years though is absurd and heaps undue pressure on a youngster still making his way in the game.

It in effect sets him up to fail, a poisonous trap so often laid by the English press. Not that we care about England here in our Liverpool bubble.

Indeed, the outcry following Wilshere’s tweet (which has now drawn some 1,000+ comments) was born out of frustration for Fabinho, who is too readily overlooked.

Indeed, for every Leeds at home, there is a must-win game where the Reds’ risk and reward approach hinges on Fabinho’s discipline and ability to sense danger. Something he does expertly.

In a desperate bid to chase down Manchester City, no quarter can be given and losing their midfield lynchpin would be equally damaging to Liverpool as an injury to one of Mo Salah or Virgil van Dijk. 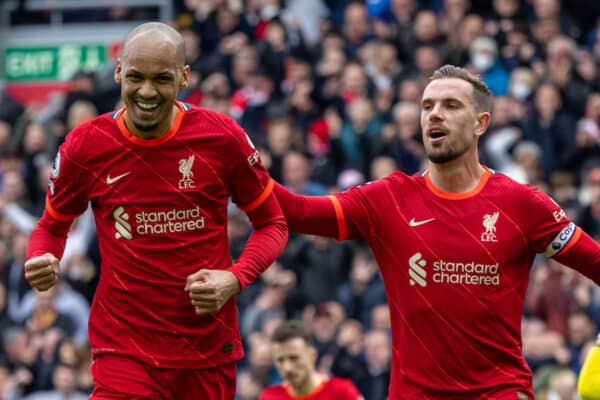 The aforementioned duo, along with Alisson, are credited with elevating Liverpool from contenders to winners. It was, in fact, a Fab Four (pun very much intended) which did this.

Up until the start of 2018/19, Jordan Henderson occupied the deep-lying role in our engine room and did so admirably.

He even went on to scoop Football Writers’ Player of The Year in 2019/20 having been restored there following his team-mate’s three-month absence in the middle of that campaign.

Yet the Liverpool captain is the first to admit his tribute act is just that and Fabinho is irreplaceable.

“He’s the best in the world for me in that position, he’s incredible and he’s a huge player for the way we play,” Henderson said. “When I play, to have him behind you is amazing.” 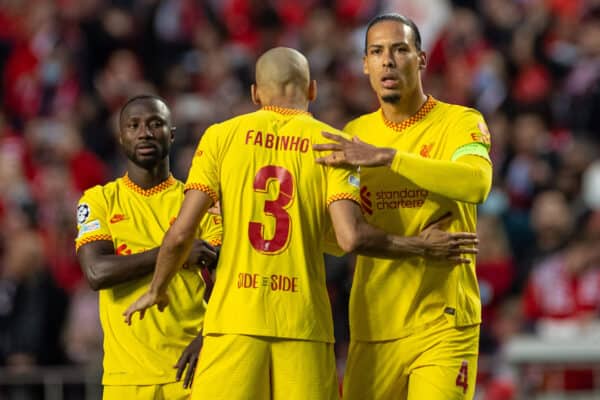 It took a few months for the former Monaco man to adjust to the pace and physicality of our league but since then he has had no equal. Liverpool’s own transformation in that time is clearly evidence of that.

The understated nature in which he goes about his work is surely the only reason he doesn’t draw wider acclaim. Well, that and his nationality, perhaps.

Heck, many seemed unaware of his penchant for converting penalties with aplomb until a certain Egyptian left for the Africa Cup of Nations. This was regularly evidenced in Ligue 1. 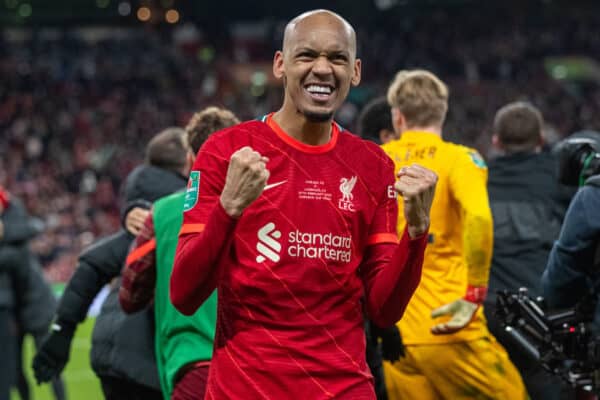 Not one for self-promotion you’re unlikely to see Fabinho perform Michael Jackson dance moves after scoring against a non-league side. Rightly so, by the way.

His biggest champion is, in fact, his brilliantly charismatic wife, Rebeca Tavares. Now there’s a Twitter account worth following….

Back to Henderson and just last month, the skipper labelled our No. 6 as the ‘best in the world in his position’. It’s worth remembering who he lines up alongside for his national side…

As the fixtures grow in magnitude so our reliance on a player nicknamed the lighthouse will be ratcheted up. He may just prove the difference. Not that Jack Wilshere will notice.