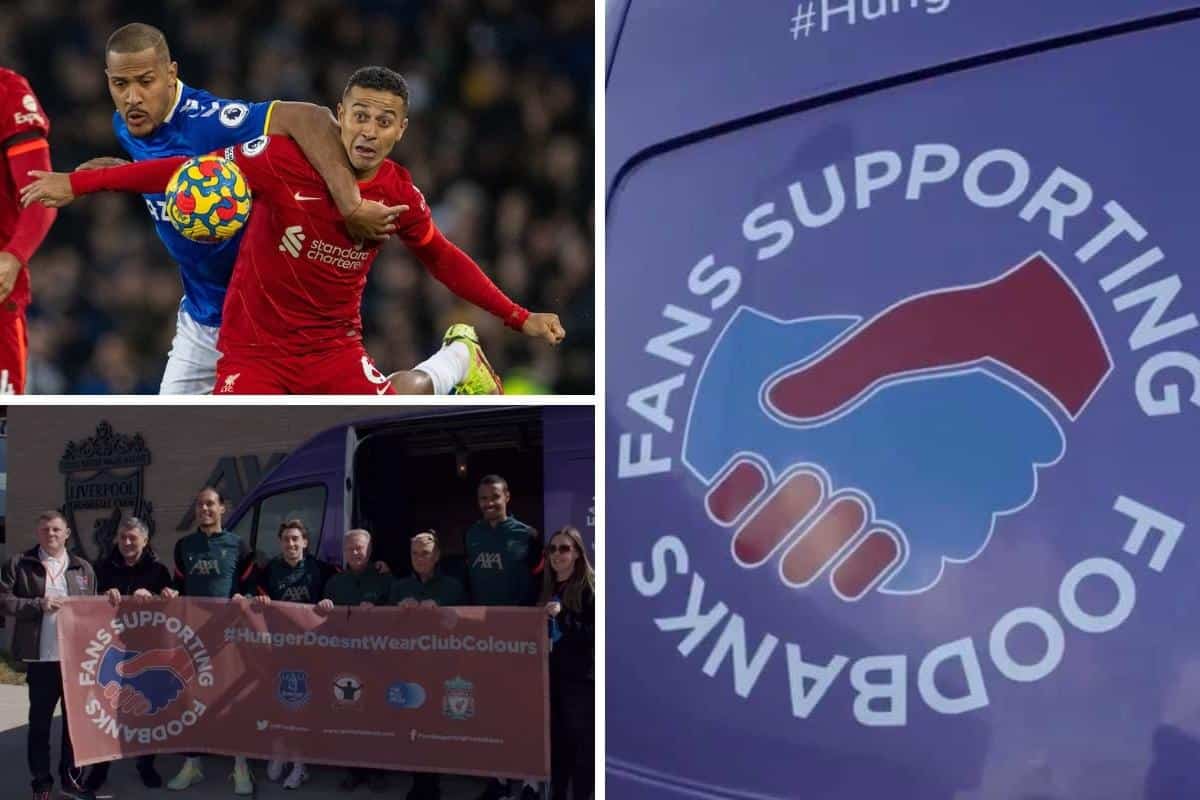 The Merseyside derby is fast approaching on Sunday and while all eyes will be on the events on the pitch, off it there is another important cause to support.

Liverpool host Everton on Sunday in what is an important fixture for both clubs as the Reds look to keep breathing down Man City‘s neck at the top while the Blues contend with a relegation battle.

But as ever on a matchday, Fans Supporting Foodbanks will be welcoming donations to help support the local community during what is an increasingly tough period of living in the UK.

The organisation, founded in 2015, helps supply an incredible 25 percent of all donations to the North Liverpool Foodbank and matchdays are the ideal time for fans to support.

And on Sunday, all donations collected at Anfield at the drop off point at Flagpole Corner will be matched by Liverpool and their partner Quorn.

The club confirmed the move to double the donations with the release of a heartwarming video including Virgil van Dijk, Joel Matip and Kostas Tsimikas.

You can support @SFoodbanks and #NorthLiverpoolFoodbank to help those in food poverty across the city. pic.twitter.com/dTu7SMogKj

The Liverpool trio surprised volunteers Steve and Janet Davis at the Kirkby training ground, with the pair first accepting a donation from Quorn and before being taken on a guided tour of the facilities.

Arriving in style on a golf cart that had Steve asking Van Dijk if he had “a licence for that?”, the Reds trio showed their appreciation for the work they do in the community.

“We want to thank you for all the work you guys have been doing for the community,” Van Dijk said before serving up another surprise.

“We would like to give you these signed shirts and we would also like to invite you for the derby on Sunday.”

A touching gesture and one that helps spread the important word to donate what you can on Sunday and every matchday, it makes an incredible difference.

If you cannot directly donate at Anfield, you can donate online to the Fans Supporting Foodbanks fundraiser here.