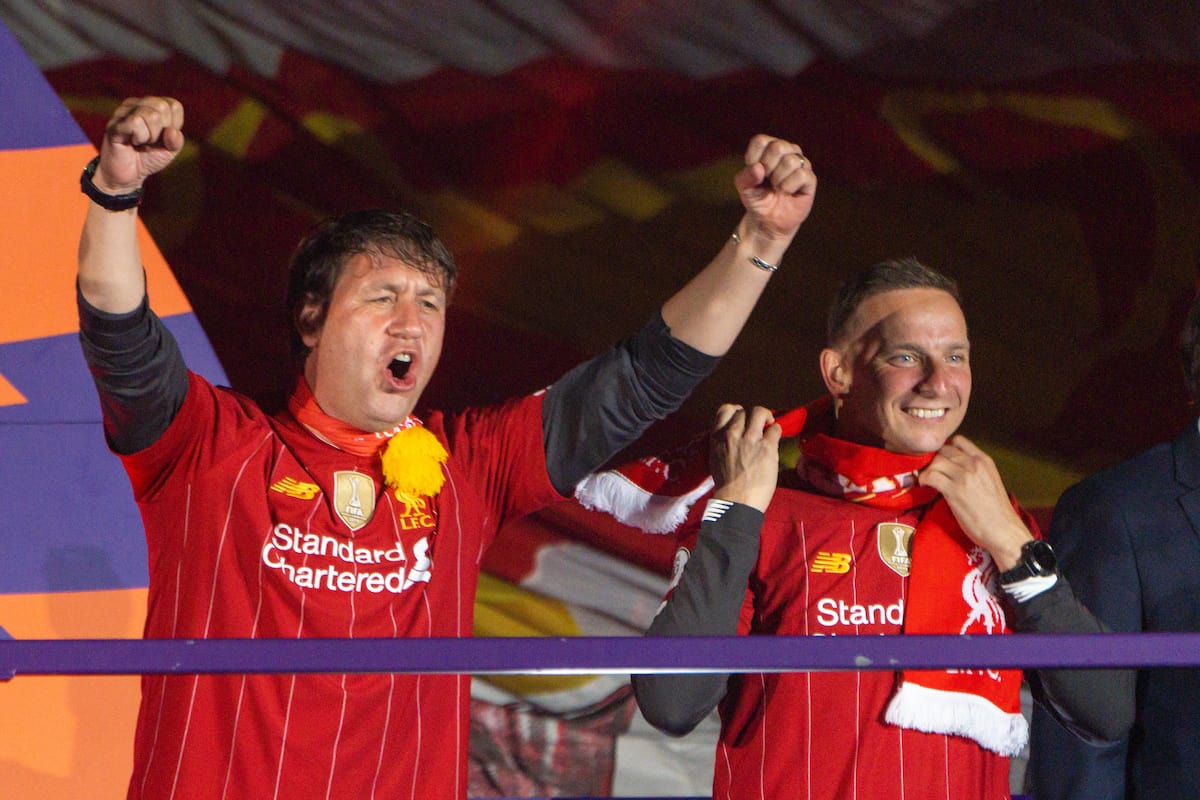 Jurgen Klopp‘s signature may have grabbed all the headlines, but, importantly, both Pep Lijnders and Peter Krawietz have extended their contracts to remain at Liverpool until 2026.

Klopp is as humble as they come, he is the first to admit that he cannot do the job on his own and the first to shower praise on those around him.

It’s a quality that makes him the manager he is and after penning his own deal for four more years, Klopp stressed the significance of Lijnders and Krawietz doing the same.

Krawietz, nicknamed ‘the eye’, followed Klopp to Anfield having worked with him at both Mainz and Borussia Dortmund, a friendship and relationship that dates back over 25 years.

Lijnders, on the other hand, worked his way up the ranks at Liverpool and has swiftly become a trusted figure and well respected assistant manager. 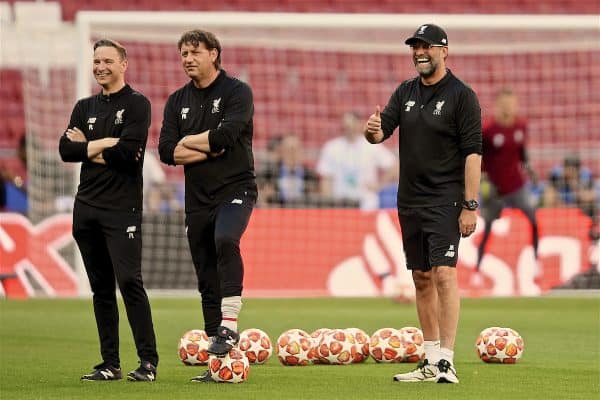 Having the duo both be in support of a long-term Anfield stay was key in Klopp’s own decision making. Klopp told the club’s official website:

“To have Pep and Pete join me in signing new deals and therefore making sure we’d continue to work together was incredibly important to me in making my decision to sign my own contract.

“I’ve said there were a number of things that made my decision an easy one – and Pep and Pete signing was one of them. A massive one, in fact.

“It is important they remain here to continue the continuity of our project together. What they bring to Liverpool FC is invaluable.

“Of course, as manager many will see me as ‘the face’ of this club and I can understand that, but Pep and Pete’s influence on our success and story together should not – and should never be – undervalued.”

And he singled out both Krawietz and Lijnders for the qualities they bring to the club and the role they have and will continue to have.

“My story with Pete goes back many years now to our time together at FSV Mainz and Borussia Dortmund and I’m so happy it will continue for a few more years,” Klopp added on his long-time friend.

“What this guy sees on a football pitch is remarkable, really. I don’t know how he does it, but it’s a talent and one that Liverpool FC are better for having.

“I have watched Pete develop as a coach over our years together and since we both came to Liverpool, I have really seen his influence and talent grow and grow. He is an outstanding and priceless coach.

“As for Pep, wow. I have been lucky enough to meet many, many people in football during my time in the game and I don’t think I have ever met anyone with the energy and enthusiasm he has for this game.

“I think I have said in the past, there is nothing he does not know about this sport. His passion for it is remarkable and his enthusiasm in training each day is infectious.

“Since he came back to us in 2018, it has been a privilege to watch him grow and, for sure, he has a long and successful career ahead of him in football.

“I have said before I am the luckiest guy in the world to work with my players each day – and the same can be said of my staff.

“Not just Pep and Pete, but all the people at the AXA Training Centre who each day make such a big commitment to trying to make us the best we can possibly be.”