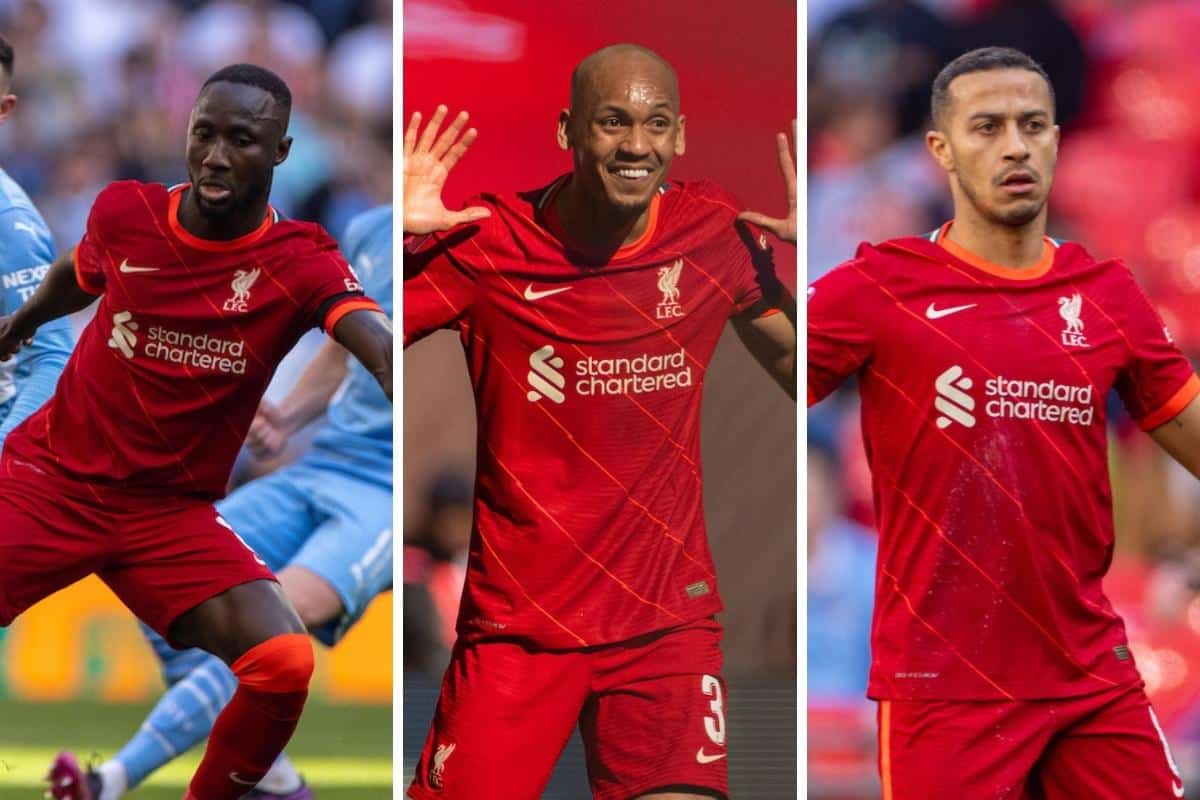 You know the team has excelled when Jurgen Klopp utters the words “that was football, eh?” And considering the output from the midfield, it’s hard to disagree.

The manager selected Fabinho, Thiago and Naby Keita as his midfield three at Wembley, a trio that had started just once together prior to the FA Cup semi-final.

That was in the win at Benfica earlier this month and excitement upon the release of the team news was matched by the performance on the pitch as the trio controlled proceedings.

Thiago looked to have all the time in the world, Fabinho expertly covered the ground and made his presence known and Keita was a pressing machine, a dynamic combination that got the job done. 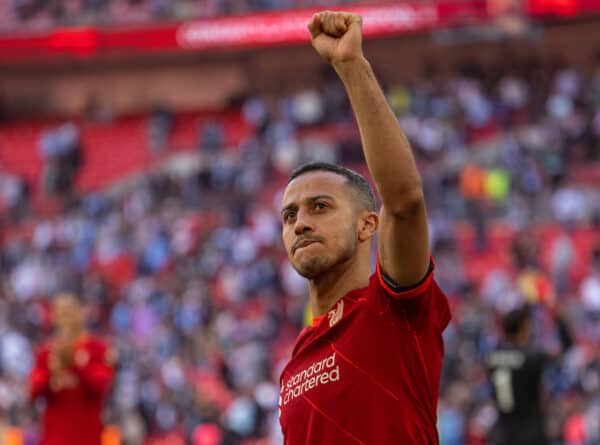 After the 3-2 win over Man City, Klopp was full of praise for their respective performances and underlined how important rotation is to get the best out of his players.

“Thiago, top performance, but the whole midfield! That was football, eh,” Klopp said with sheer admiration in his post-match press conference.

“Naby, oof. Fab, compare the two games at City and today and you can see how important it is to give them a rest in specific moments.

“It’s not about ‘you’re not good, or whatever’, my boys always want [to play] but still don’t always deliver.

“I know them that well it must be a physical reason so we try to figure that out, so didn’t play during the week and now could play today and that gave the midfield a really nice rhythm.”

With 10 games remaining this season in the space of 33 days, with the possibility of an 11th should Liverpool reach the Champions League final, Klopp will need to strike a balance with his players.

But if there is more of where Wembley came from, notably in the first half, then this season is only going to get better and we won’t say no to seeing this particular midfield three ripping apart the opposition time and time again. 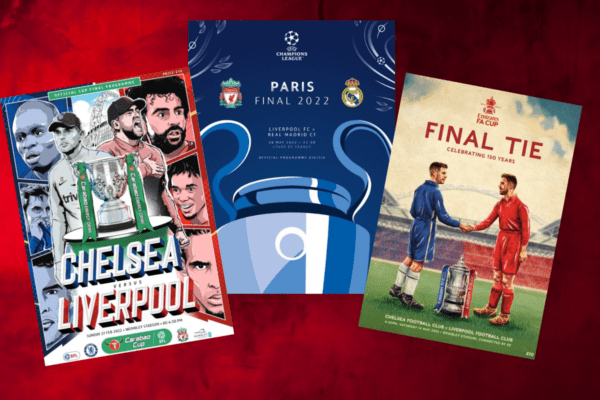