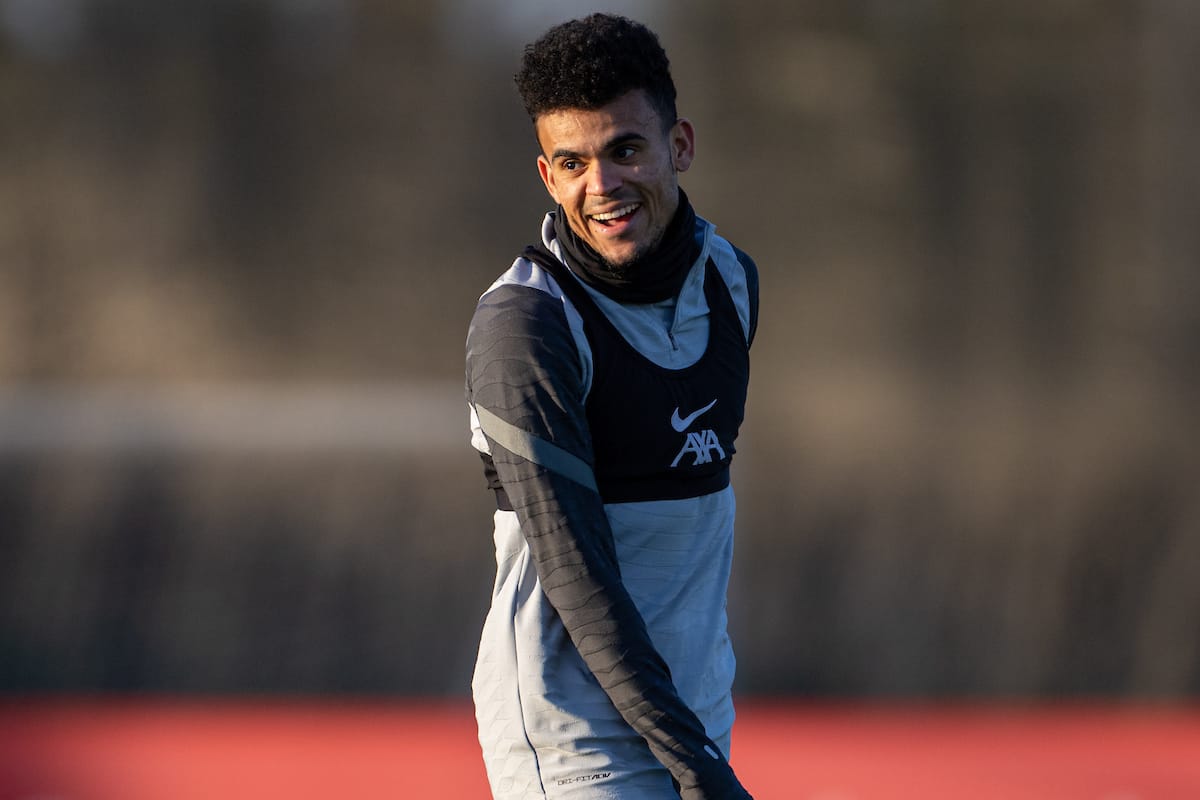 Jurgen Klopp has been captivated by the ongoing positivity of new signing Luis Diaz, who “cannot stop smiling during training,” to the surprise of his manager.

Diaz has made an instant impact at Liverpool, becoming a reliable figure in attack whether as a starter or a go-to option from the bench.

Last week, the 25-year-old scored his third goal for the club, against a familiar opponent in Benfica, who he came across on a number of occasions while at Porto.

He is likely to return to the starting lineup for the Champions League quarter-final decider at Anfield on Wednesday night, and ahead of that second leg, Klopp was asked if any qualities had surprised him about his new No. 23.

“I didn’t know how much he enjoys training! I had no idea. I’m not sure I ever saw somebody like that,” he explained.

“I said it before, he cannot stop smiling during training. He just can’t stop. It’s crazy!

It is, of course, not new that an incoming signing would arrive with a smile on his face, with Klopp going on to stress that every new addition has been “really flying.”

But Diaz’s positive attitude could certainly rub off on the rest of the squad, particularly due to his clear enjoyment of day-to-day life at Kirkby.

“Well, they are all happy. All the players we signed in the last few years were all really happy when they arrived here,” the manager added.

“It’s not the worst place in the world, to be honest.

“You can see they are really flying, but then it’s obviously how long that [initial feeling] will last.

“Luis is now here already for nearly two months and that’s rare how much he enjoys training. It’s really cool.”