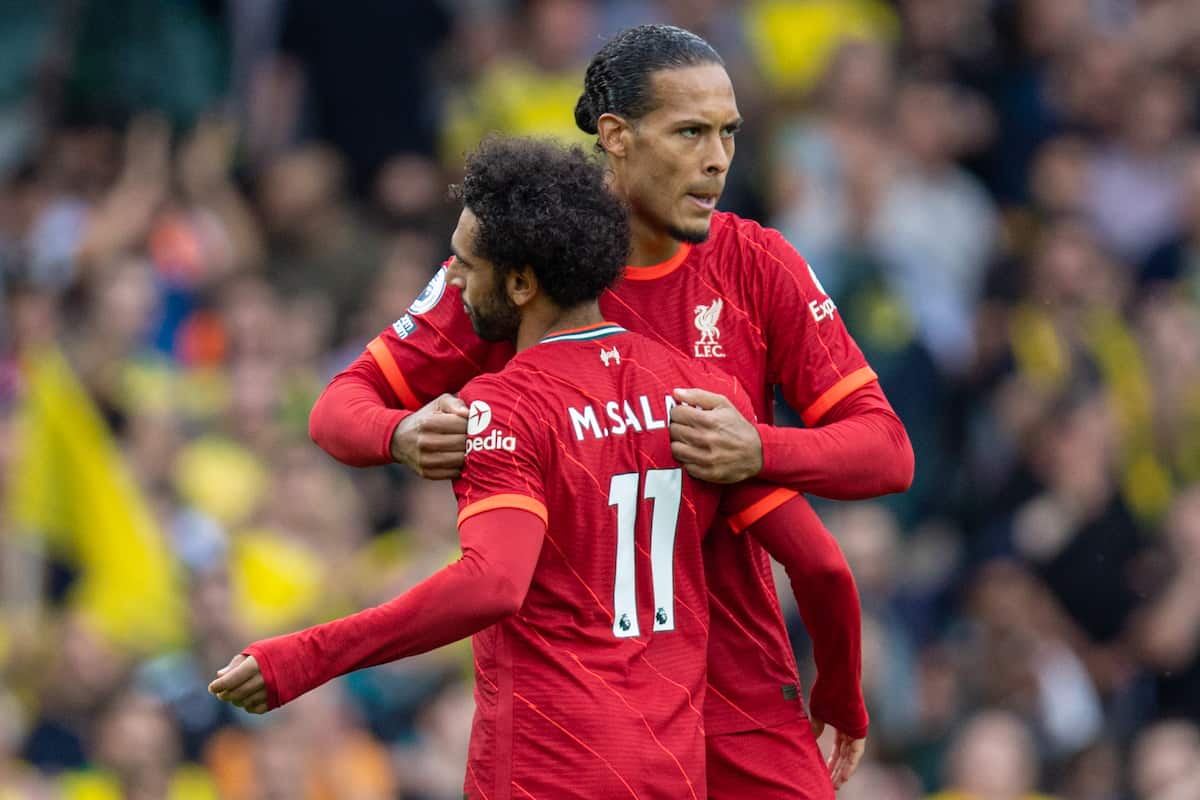 Liverpool will go full-strength as they pursue a much-needed win over Wolves on the Premier League‘s final day, but much will rest on the fitness of two players.

The Reds head into Sunday’s 4pm kickoff knowing nothing less than a win will do if they are to lift the title.

Victory over Wolves is imperative, while Liverpool also need Aston Villa to steal a result from Man City 35 miles away at the Etihad.

Having made nine changes to his lineup for Tuesday’s 2-1 win at Southampton, Jurgen Klopp can be expected to rotate heavily once again, knowing that there is a full week between this game and the Champions League final.

But how he sets his side up hinges largely on the availability of Mohamed Salah and Virgil van Dijk.

So how could Liverpool take to the field on Sunday?

From Klopp’s pre-match press conference and the training session on Friday, we know the following: 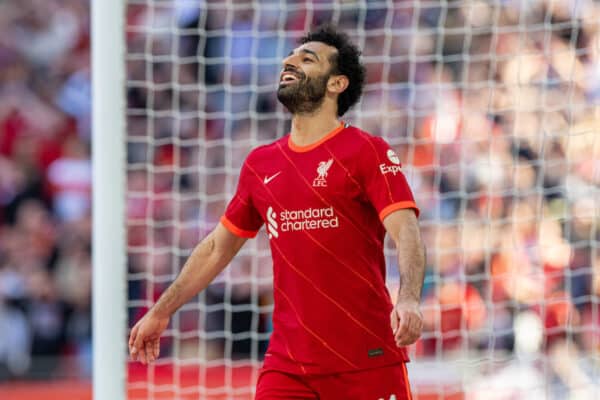 Given both Salah and Van Dijk were involved in training two days before the Premier League closer, it is likely that Klopp will consider them as part of his squad.

However, it remains to be seen whether either will start, given their late return to training, and there is a chance they will instead be used from the bench.

If that is the case, Liverpool are likely to shape up like this:

With those nine changes from midweek, this would be the Reds XI: 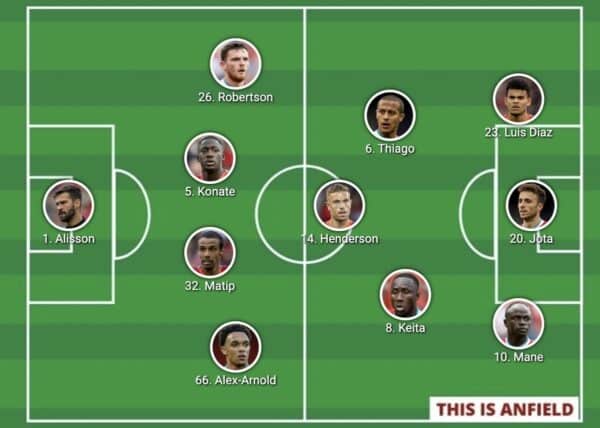 However, with the need to build fitness and rhythm ahead of the Champions League final, there is a likelihood that Salah and Van Dijk will be brought straight back in.

If so, it is likely that Jota and Ibrahima Konate are the two players cut:

Those two swaps would see Liverpool line up as below: 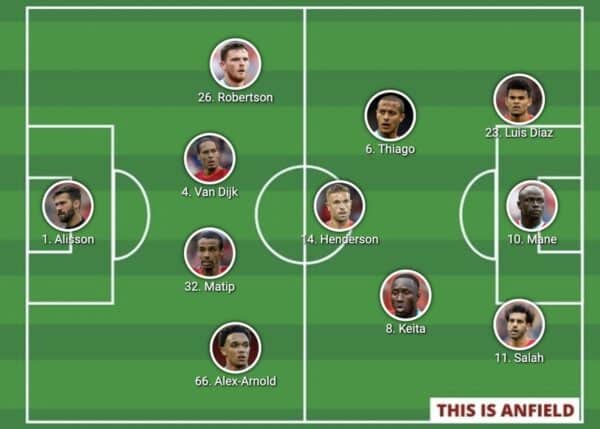 Given the prize at stake on Sunday, and the need to work Van Dijk and Salah back to sharpness ahead of the clash with Real Madrid, it seems feasible that both will start against Wolves.

But there will be every faith in those filling in if the pair are not deemed fit enough to start, with Klopp hailing his “Ferraris in the garage” after the victory at St Mary’s.

One final push, come on you Reds!