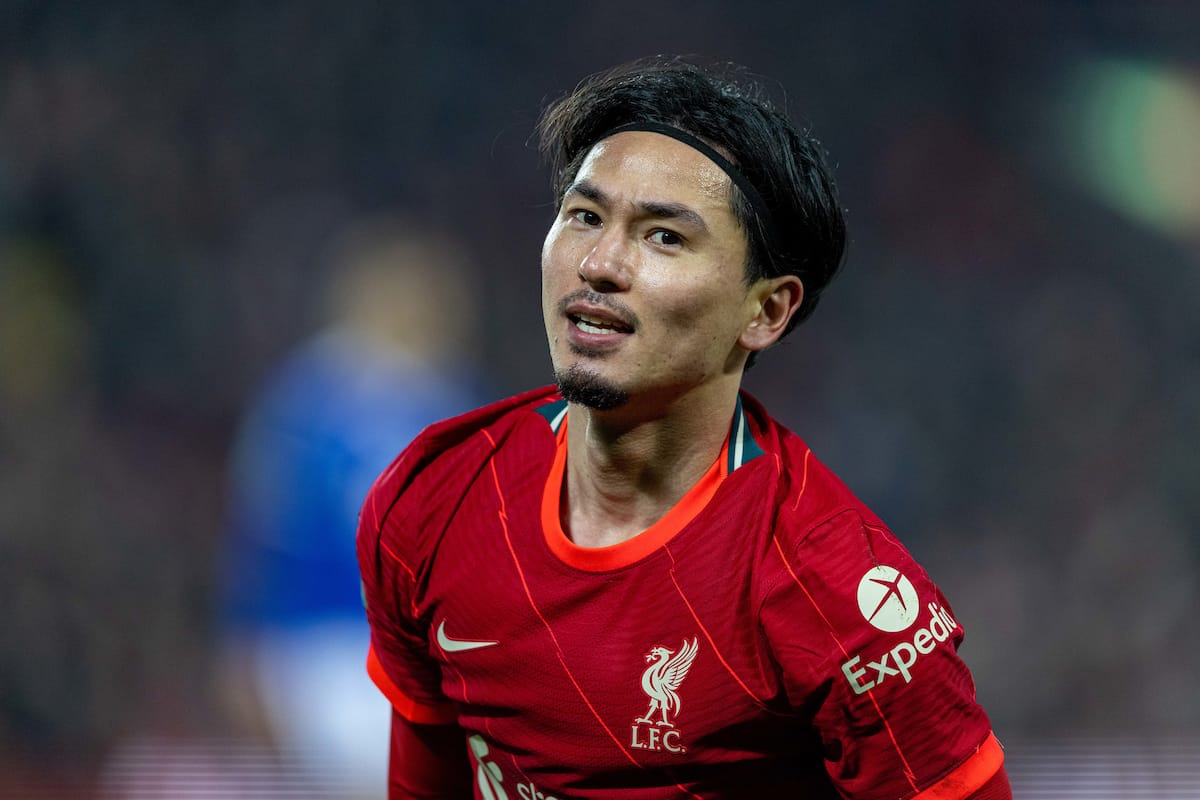 Following an intense FA Cup win, Jurgen Klopp has made nine changes to his XI this evening as he looks for fresh legs to keep Liverpool in the title race until the final day.

The Reds were put through their paces on Saturday with another 120 minutes and a penalty shootout win against Chelsea at Wembley, with three Reds forced off with fitness issues.

With Southampton viewing tonight’s match as their own ‘Champions League final’, it is a night for Klopp to turn to fresh legs to ensure Liverpool are in the title race until the final day.

Fabinho, Virgil van Dijk and Mohamed Salah were already ruled out, but Klopp was not short on options for his XI tonight.

Just two players – Alisson and Ibrahima Konate – remain in the side from the weekend.

Takumi Minamino makes a rare start – his first in the Premier League since December 2020, while Harvey Elliott comes into the side for just the second time since February.

Alisson will be on the hunt for his 21st league clean sheet this season, behind a back four of Joe Gomez, Joel Matip, Ibrahima Konate and Kostas Tsimikas.

In midfield, James Milner starts and is joined by Harvey Elliott and Curtis Jones.

And Roberto Firmino is back in the XI to help lead the line alongside Takumi Minamino and Diogo Jota. 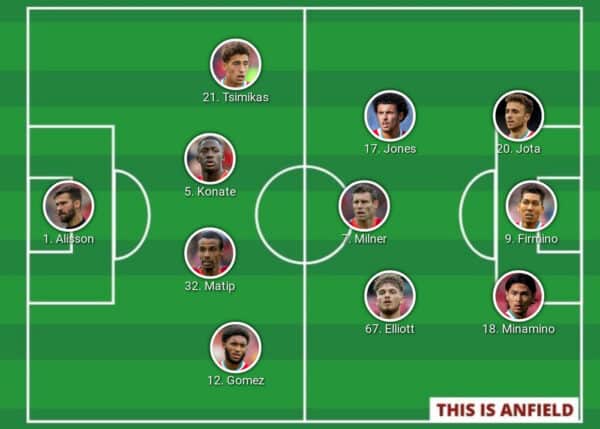