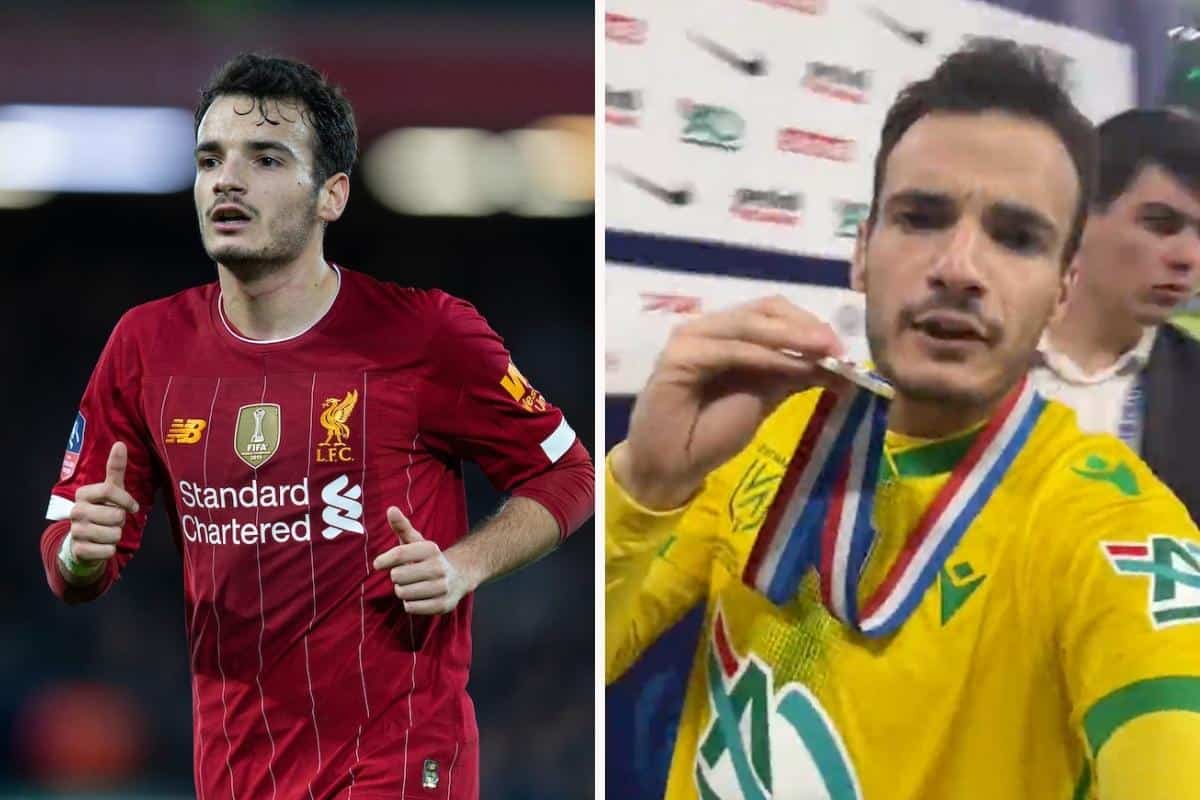 Pedro Chirivella bid Liverpool farewell in the summer of 2020 and has now picked up his first senior honour, helping to end Nantes’ 21-year wait for a trophy.

The 24-year-old experienced a rollercoaster of a career at Anfield after joining as a 16-year-old and rising through the ranks.

He would make five appearances for Jurgen Klopp in the manager’s first season before spending three seasons on loan, and then making a surprise return to the first-team fold in 2019/20.

It led Liverpool to make an offer of a new long-term deal to the Spaniard, who instead opted to join Ligue 1’s Nantes on a free transfer in the summer of 2020.

Chirivella has since been a regular for the French side, missing only 11 games on his way to 71 appearances – the latest of which he will not forget in a hurry.

Nantes met Nice in the French Cup final on Saturday at the Stade de France – the host stadium for this season’s Champions League final.

Chirivella started at the heart of midfield against Ligue 1’s sixth-placed Nice and was given cause for celebration just 15 seconds after the start of the second half as his side was awarded a penalty.

Hicham Boudaoui’s handball following a corner was duly punished by Ludovic Blas from the spot, propelling Nantes to the cup in a narrow 1-0 win.

It represented the first senior honour for Chirivella, who played 72 minutes of the final, and the first for Nantes since their cup and league title success in 2001.

It was a moment that saw “dreams come true” for Chirivella, who will now play in the Europa League next season as a reward for the cup success.

Alumni of Liverpool’s academy including the likes of Nat Phillips, Liam Millar, Michael Beale and Liam Coyle all congratulated the 24-year-old on Instagram as he celebrated Nantes’ success.