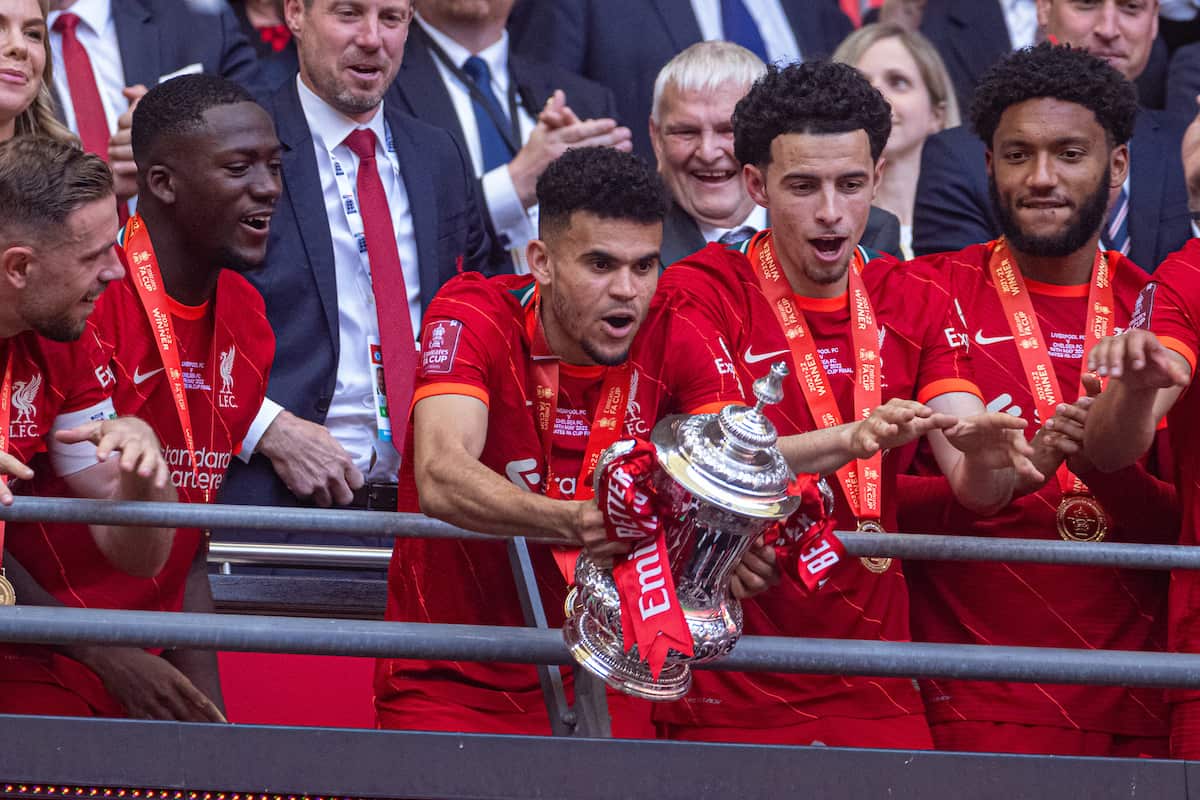 After winning the Man of the Match award in the FA Cup final – his second trophy since joining Liverpool in January – Luis Diaz was lauded by Jurgen Klopp.

It has taken no time for Diaz to slot into this phenomenal Liverpool side, and the Colombian was again central to the Reds picking up silverware on Saturday.

Having already stood out in the League Cup final triumph over Chelsea, he was again the key outlet in the FA Cup final against the same side, his pace on the left flank proving impossible to deal with.

The £37.5 million signing from Porto went close to opening the scoring on a number of occasions, and speaking to reporters after the game, Klopp suggested that was all that was missing from his performance.

“What a boy, what a story, what a player…but he should have scored!” he said.

“I think we agree, he agrees probably.

“The speed he has is insane, not to forget he played on the side of Chalobah and Reece James, and getting in a situation like this is absolutely unlikely.

“The big chance he had in the first half, I think it was a pass from Trent – we can talk about his performance as well, by the way – and he should have scored in that moment, with his quality.

“That’s how it is, but what a player, he’s outstanding.” 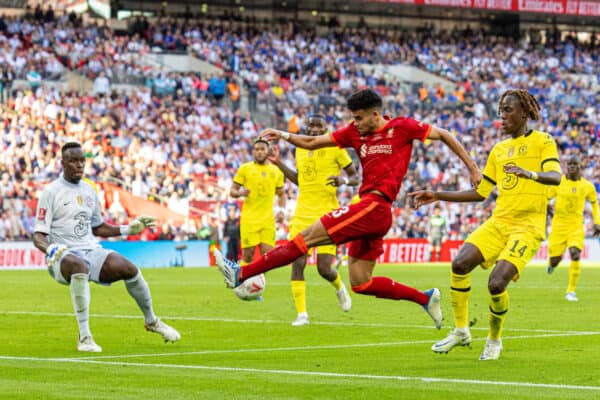 The level and consistency at which Diaz is performing is remarkable considering he only joined at the end of the January transfer window and still barely speaks any English.

He instead communicates on the pitch with an innate understanding with his team-mates, which is a credit to the club’s recruitment staff for identifying to perfect fit for Liverpool.

“It’s so funny, we hugged each other after the game just shouting ‘vamos’ and whatever, the few words I know in similar languages. It’s so funny.

“But he gets our football, 100 percent. We thought we saw that at Porto, but that it really is like this, I feel lucky as well to be honest.

“He fits like a glove to our football, and that’s really, really special.”