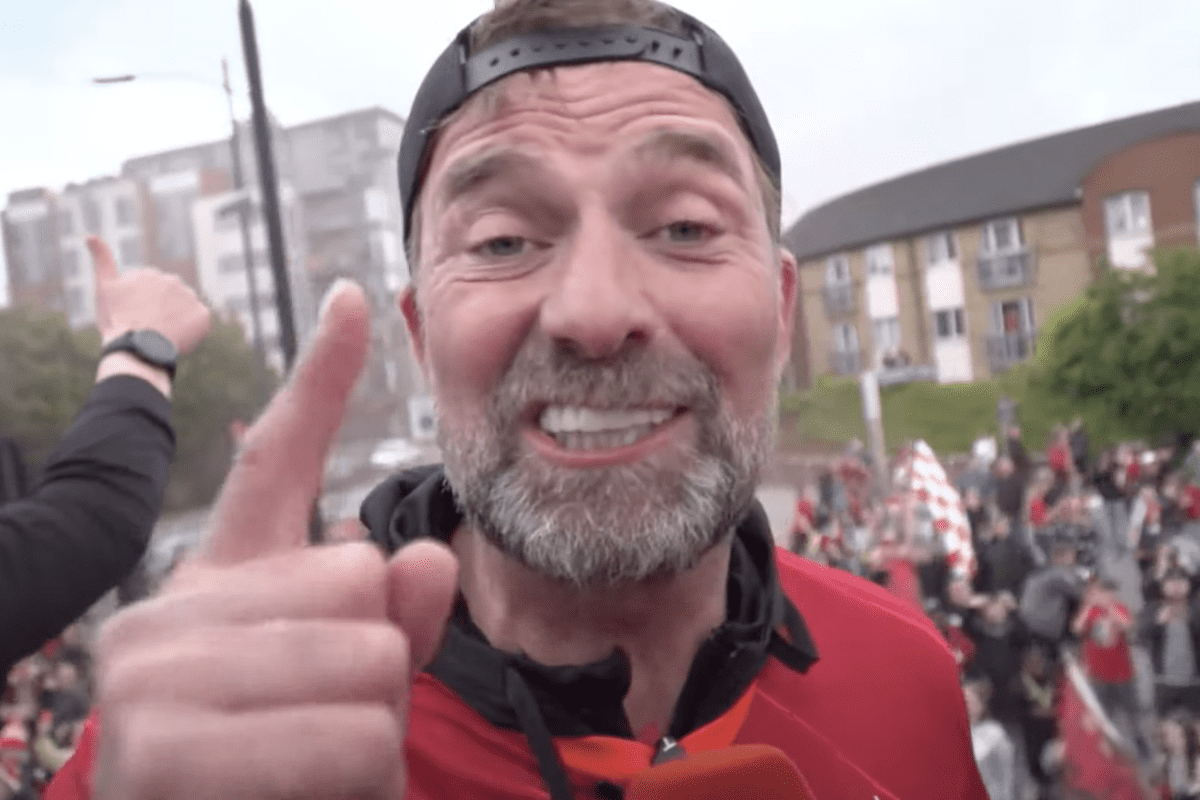 Jurgen Klopp‘s ability to see the bigger picture and live in the moment is astonishing and as he witnessed the power of Liverpool fans, he was left in awe of the “unbelievable” scenes.

Sunday proved a cathartic day for many Liverpool fans, pushing aside the heartbreak of the Champions League final to embrace the world-class football team that wears the Liverbird upon their chest.

The domestic cups were duly celebrated as the Reds made their way through the streets of Liverpool, a sea of red greeting them at every turn in truly incredible scenes from start to finish.

It was indicative of this great football club, the “best club in the world” for Klopp and you would be hard-pressed to disagree such was the show of appreciation from fans to players and vice versa.

The manager has always had impeccable perspective and it was the same again on the open-top bus in an emotional and touching interview with LFCTV.

“Without a shadow of a doubt [the best club in the world],” Klopp said.

“No club in the world, this world, would lose the Champions League final the night before and people arrive here in the shape they are, the mood they are – absolutely outstanding.

“This is the best club in the world, don’t care what other people think.

“I wasn’t sure what we can expect [from parade], we spoke about it before.

“We have to plan this kind of things, it can’t be just ‘bam, there’s a parade’.

“But I deeply hoped that we find something like this, it’s absolutely incredible. It’s such a boost for everything that will come. Unbelievable.

“I’m proud of these people, unbelievable… When you see the eyes of the people, it’s incredible.

“That’s the best sign you can get, you don’t have to win, you just have to put all of what you have in, throw everything on the pitch and the people of Liverpool love you.

I fucking love him so much. Today was a pick me up I needed, hopefully the players and staff too! ??? pic.twitter.com/m2haMx4bEf