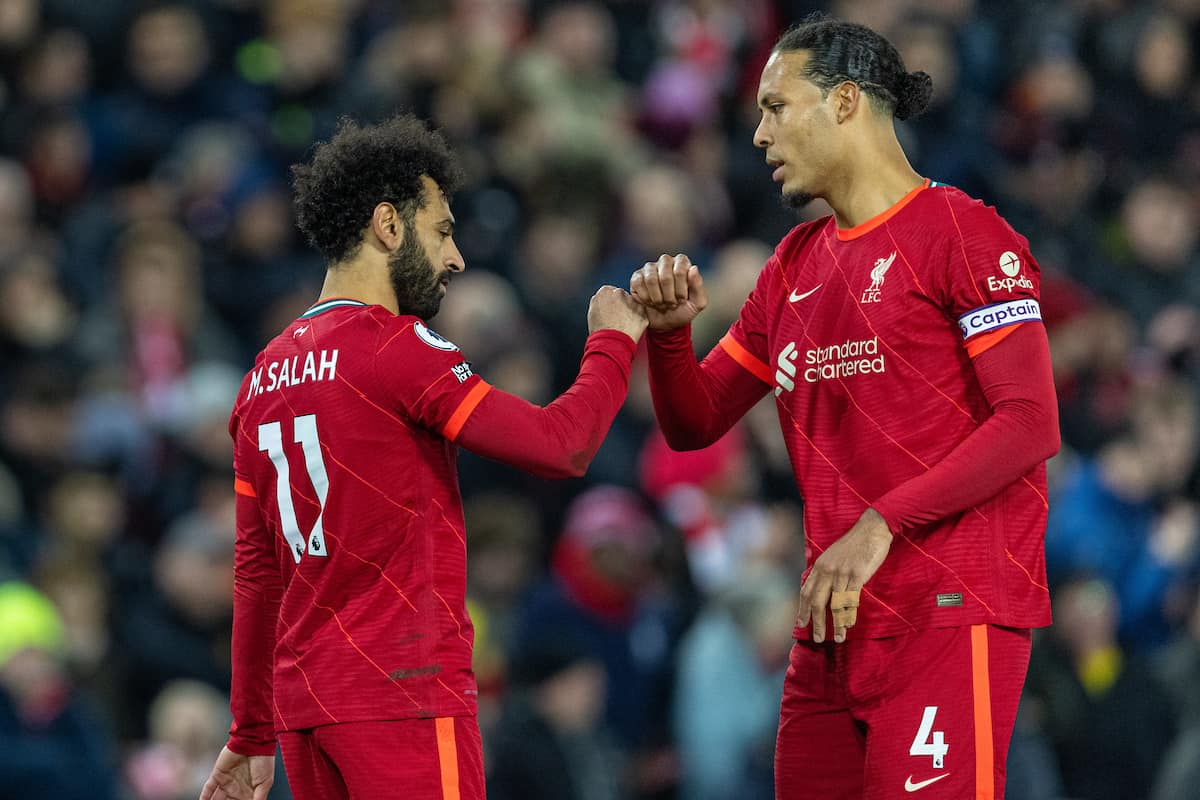 Jurgen Klopp has ruled Mo Salah and Virgil van Dijk out against Southampton, but says there is “no doubt” they will be back for the Champions League final.

Liverpool took a blow during the FA Cup final triumph over Chelsea on Saturday, as all three of Salah, Van Dijk and Andy Robertson were forced off.

Robertson was confirmed to have suffered cramp, with no concerns over his long-term fitness, but there have been wider fears over groin and calf injuries for Salah and Van Dijk respectively.

With only three days between the win at Wembley and Tuesday night’s trip to Southampton in the Premier League, it had never been likely that either would be considered fit.

Klopp has now ruled both Salah and Van Dijk out for midweek, with the Liverpool manager providing an update on their fitness in his pre-match press conference.

He explained that there was “no doubt” that the pair would be back to take on Real Madrid in Paris on May 28, and that it was “pretty realistic” to expect them to be fit for the domestic closer at home to Wolves on Sunday.

“Will they be involved tomorrow? No,” he said. 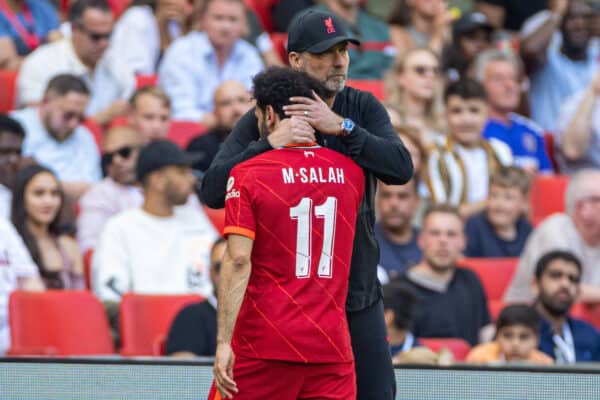 “Virg, definitely not. But that was pretty much clear before the game already, I thought this is the game [to miss] now.

“He really played a lot and then with Saturday-Tuesday again, it was clear [he would sit out anyway].

“They are both OK. The target for both would be that they would be involved again at the weekend.

“Properly involved, bench or whatever, few minutes, a start, I don’t know, we will see that.

“[If they start] that would then be perfect for the [final], but if not we take each day afterwards.

“Very positive, or no doubt, about the final. Pretty realistic about the Wolves game. But tomorrow, rather not.”