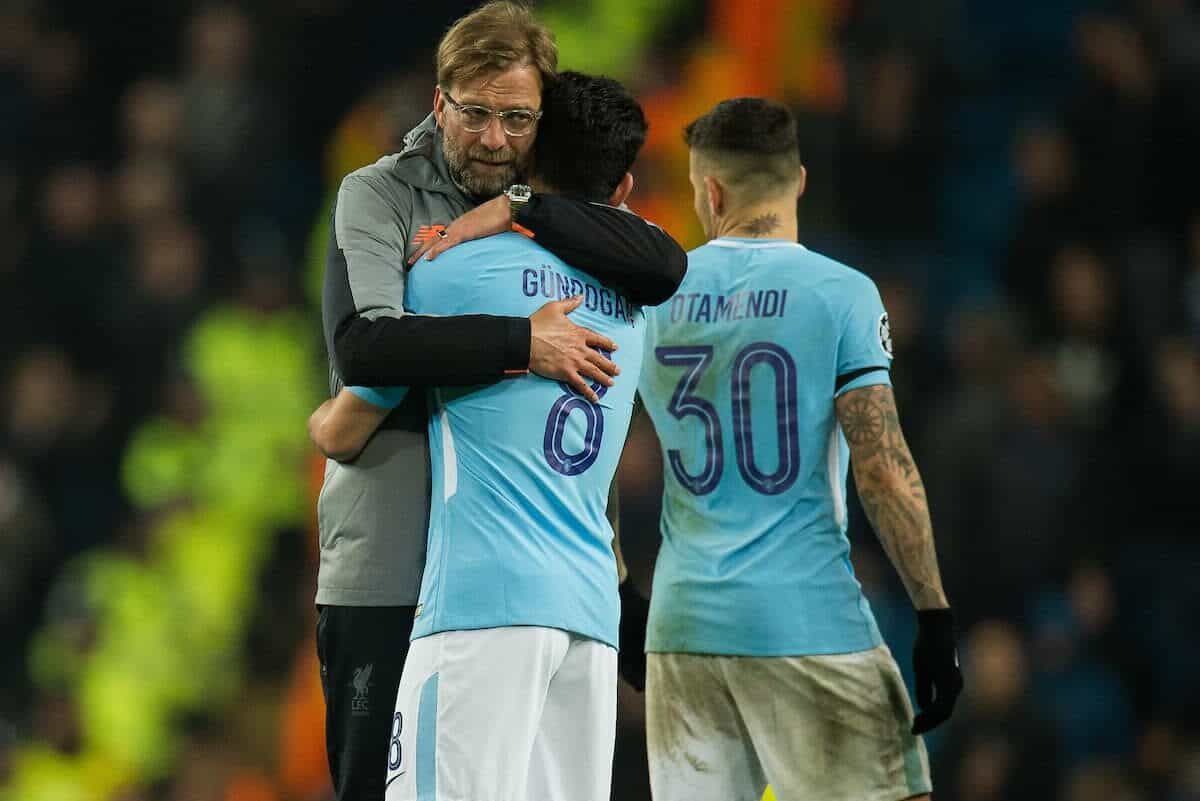 Man City‘s Ilkay Gundogan has praised Jurgen Klopp as an “outstanding guy” after showing his class as “one of the first” to hail him for winning the Premier League.

It was a difficult day for Klopp on Sunday, as Liverpool saw the title slip out of their grasp when Aston Villa went from 2-0 up to lose 3-2 at the Etihad.

Gundogan’s brace clinched the title for Man City, who finished a point above the Reds in the table, having been 14 points ahead as recently as February.

Few would have begrudged Klopp from avoiding contact with Pep Guardiola and his players after the title loss, but he used his post-match conference to praise “Guardiola, all staff, all players, the whole club, for being champions.”

And speaking to German outlet SPORT1 upon the season’s end, Gundogan revealed how Klopp had personally congratulated him.

“He was one of the first,” the midfielder said.

“We have always treated each other with the utmost respect. He had another very good season with Liverpool and made life extremely difficult for us.

“He’s just an outstanding guy and coach, and he’s shown that over the years.”

Gundogan, of course, played under Klopp for four years while at Borussia Dortmund, leaving for Man City a year after the manager departed Germany. 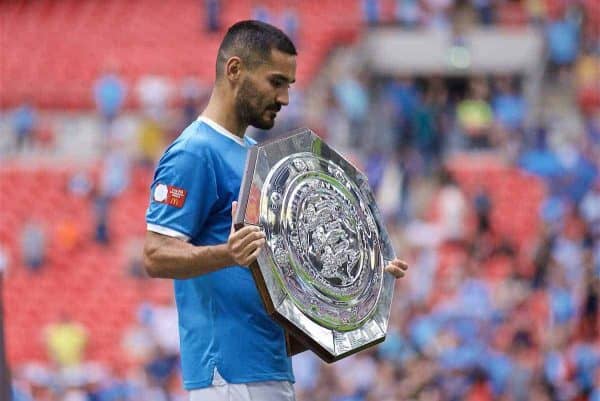 The 31-year-old is expected to move on from Manchester this summer, and in his post-match interview with Sky Sports on Sunday, he paid tribute to Liverpool for driving the title race on.

As Gundogan rightly put it, if it weren’t for the Reds, the Premier League would not have been “attractive” as City would have strolled to the title.

“I know it may be tough to say, but if Liverpool would not be there and would not play the way they are playing, incredible football and very successful, I don’t think that this league would have been that attractive,” he said.

“So even though, again, they finished just one point behind us, I think they played an incredible season.

“We pushed each other, again, to the limits and even though it’s a sad day for them, we need to appreciate what they’ve done.

“Especially my former coach, who I still like a lot.

“Congratulations to them as well, and we are looking forward to competing again with them next season.”