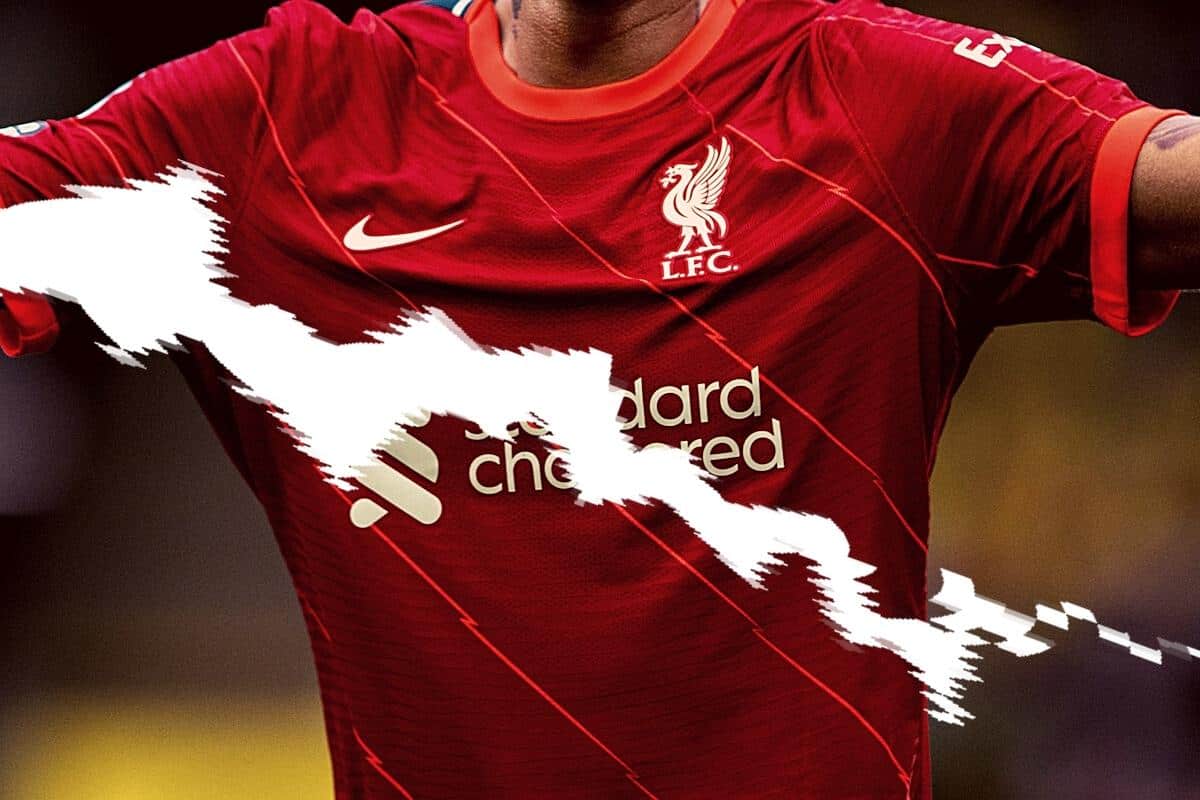 Liverpool are currently in negotiations over a new shirt sponsorship deal, and the latest report claims the club could double their money with any new agreement.

The Reds’ existing deal with Standard Chartered, with whom they have been partnered for over a decade, is due to expire in 2023.

Talks are ongoing with both the current sponsor and other companies, including a controversial foray into the cryptocurrency market, as Liverpool seek an improved deal to reflect their success on the pitch.

However, it had been previously suggested by The Athletic‘s David Ornstein that the prospective new terms would be worth £35 million a year, which is lower than the existing package.

But a new report from sports finance journalist Alex Miller in the Mail has now claimed that Liverpool are now looking to double their money with a £80 million-a-year sponsorship.

Miller claims that Standard Chartered have been told the club’s price for a renewed deal, which is twice the amount last agreed upon in 2019.

It is explained that Liverpool are in an increasingly strong position not solely due to their performances on the pitch, but also the success of their new kit deal with Nike.

The current shirt is described as the “biggest selling shirt in football,” with sales projected to pass two million for the first time ever this season.

Furthermore, Liverpool are in talks with a variety of potential sponsors, including “financial services, travel and tourism, consumer electronics, fast-moving consumer goods, media and cryptocurrency exchange and blockchain.”

That will only strengthen their hand further as they seek to break a world record for shirt sponsorship, which is currently held by Real Madrid, with their partnership with Emirates bringing in around £60 million a season.

It has been previously claimed that Liverpool would look to strike a deal ahead of the summer, despite their current contract with Standard Chartered not being due to expire for another year.