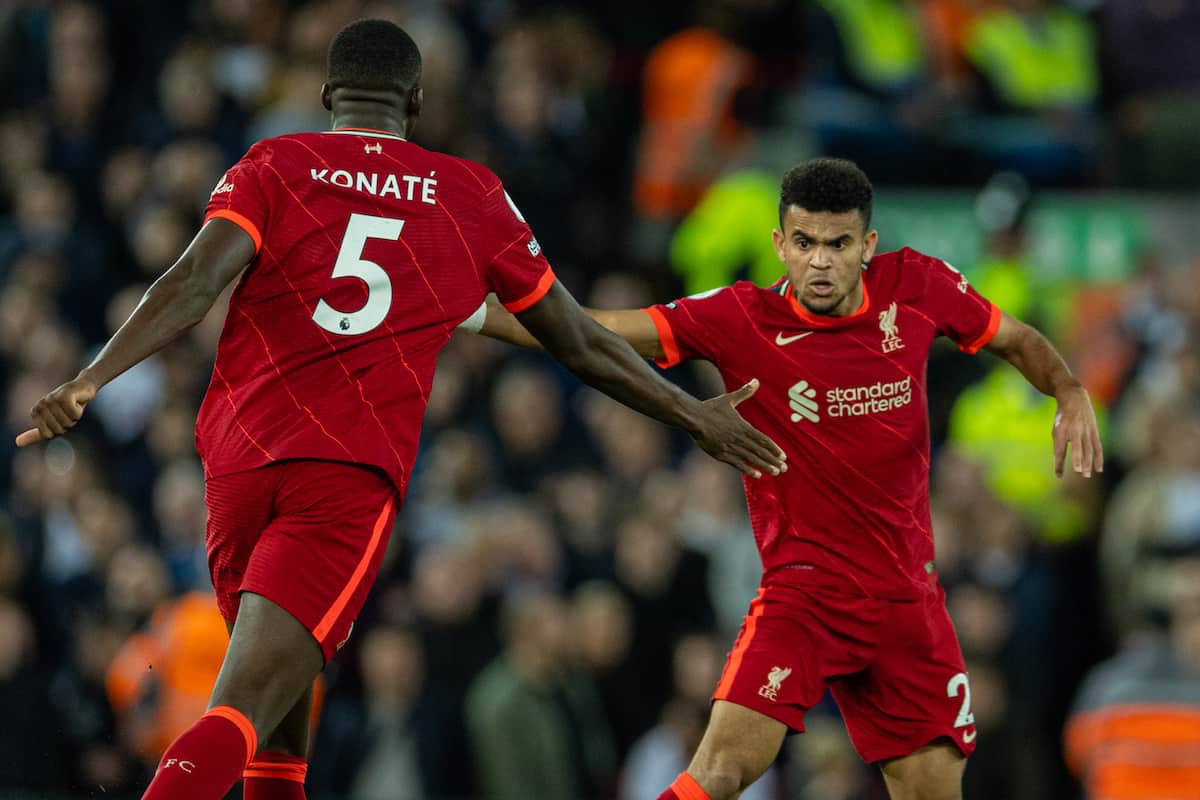 Liverpool dropped points in a crucial tie against Tottenham, but despite conceding advantage to Man City in the title race, supporters still believe there’s a chance.

It is incredible that, after a 1-1 draw with Spurs that put Liverpool top of the Premier League, the mood was low around Anfield.

But that is testament to the standards set by not only the Reds but also their rivals Man City, who now have the opportunity to go three points clear with three left to play with a win over Newcastle on Sunday.

But as supporters took to social media after the game, the feeling was that it still isn’t over.

Liverpool back to the top of the Premier League but that's a draw that will feel like a defeat for these players. They now need Manchester City to lose one of their games to take the title to goal difference – it looks a big ask from here.

Tough one. Thought Spurs were really good in second half. Made it really difficult for Reds. Still don’t think it’s over

Huge blow but the implications haven’t changed massively. Fight until the end with plenty left to play for ??

Shite that. Never felt like the second one was coming. But we’re still top. Relying on one of City’s opponents to do a madness but stranger things have happened.

Can't expect to just win every game. Feels like a loss in the context of the title race, which just goes to show the standards that this ridiculously good team have set.

Further advantage to City, but still not quite over yet.

Good game & a draw was a fair result, that point could still turn out to be important!
I always felt both teams would drop points so prove me right please Man City! #LIVTOT

Go back to that last minute header from Hjoberg could be a huge moment. We’ve been battling for so we won’t stop now Up The Reds ????

Really? Giving up on the title already?

Football can throw some twists yet.

Not over til it’s over.

Klopp at the end imploring the Kop to keep believing, keep dreaming. And so they should.

This Liverpool team won't quit. Showed real fight when almost out on their feet. Klopp is right: it's not over.

City got tough away games at Wolves & West Ham. Anything can happen…#LFC

Almost as if they've played a monumental amount of football this season isn't it?

Not the result we wanted but anything can happen. And if it doesn't we'll just go win the FA Cup and Champions League instead.

Really tough to take. But I won’t fault this #LFC team for one second. They have been sensational all season, giving us the times of our lives. Take it on the chin and hope for the best. #UpTheReds ???

Heading into Man City vs. Newcastle on Sunday, the Reds are still top of the table by virtue of their favourable goal difference, but all eyes will be on the Etihad now.

In reality, little has changed, with Liverpool still needing City to slip up if they are to stand any chance of winning their second Premier League title.

But despite the high hopes of the fans, it has now become much harder to see that coming to fruition.

If any side could do it, though, it is Jurgen Klopp‘s Liverpool – and on the evidence from Madrid on Wednesday night, if any side could bottle it, it is Pep Guardiola’s City.