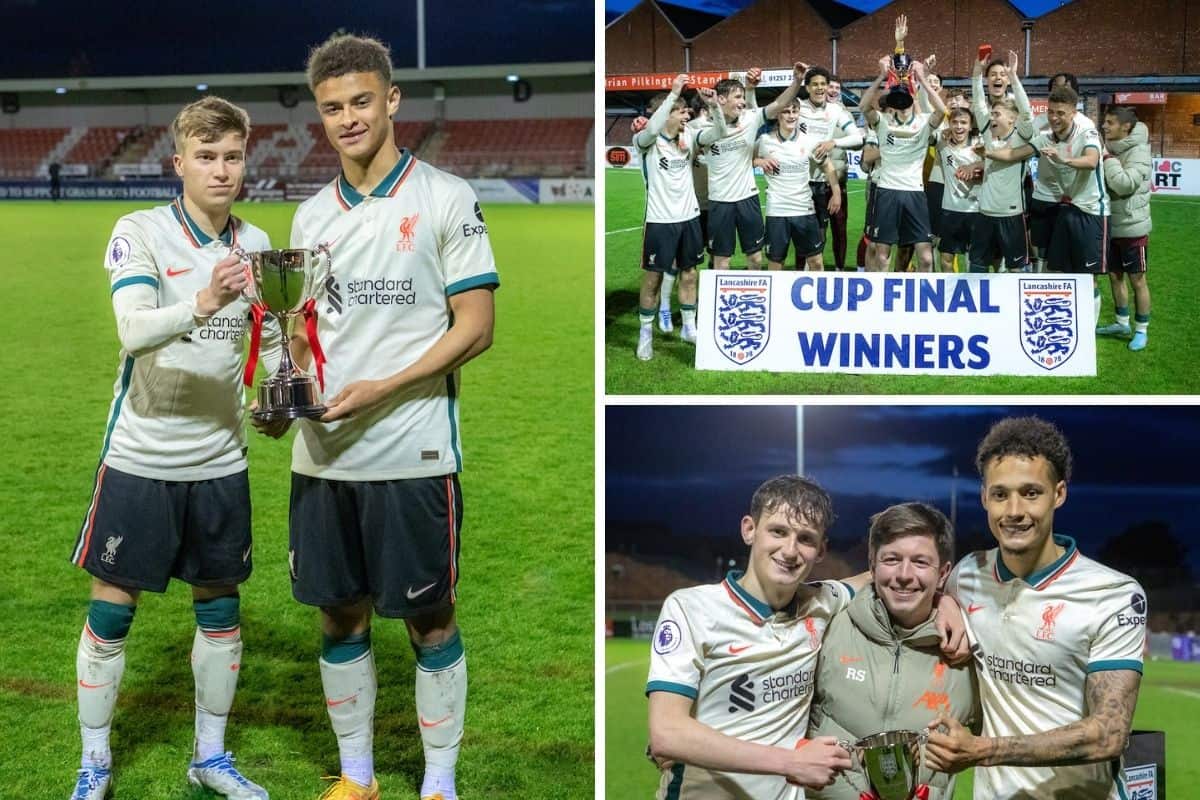 Liverpool now have three trophies in the cabinet already this season, with the under-23s following up success for the first team and women’s side this week.

It is a remarkable season for Liverpool, and the pursuit of Jurgen Klopp‘s senior side is being reflected at other levels, including title triumph in the Women’s Championship.

At first-team level, the Reds have already brought in the League Cup, and have finals to come in the Champions League and FA Cup along with a ridiculously tight title race between them and Man City.

On Wednesday night, it was the turn of Barry Lewtas‘ U23s, as they visited Burnley in the final of the Lancashire Senior Cup.

Having already vanquished overage sides from Preston and Blackpool, the young Reds arrived at the County Ground in Leyland with a strong squad, as the likes of Rhys Williams, Tyler Morton, Leighton Clarkson, Conor Bradley and Owen Beck all started. 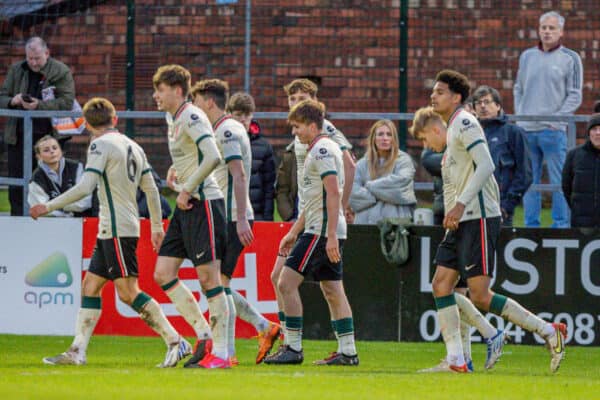 The wide play of Bradley and Beck was a key feature throughout, while – in the absence of Layton Stewart – the 20-year-old Jack Bearne was Liverpool’s main threat in attack.

Bearne twice went close early on, and Marcelo Pitaluga was required to stay alert between the sticks at the other end, with the first half trailing out to a 0-0 draw.

It was the onrushing Bearne who grasped Liverpool’s biggest opening soon after the restart, with the forward brought down to allow Clarkson to step up for a penalty.

Unfortunately, for the second game in a row, Clarkson saw his spot-kick saved, as the tension rose in Lancashire.

But with Bearne again fouled – this time outside the box – Clarkson had another chance to produce, and this time, with his free-kick cleared into the path of James Norris, the young Reds were able to grab the winner with a volley from the edge of the area. 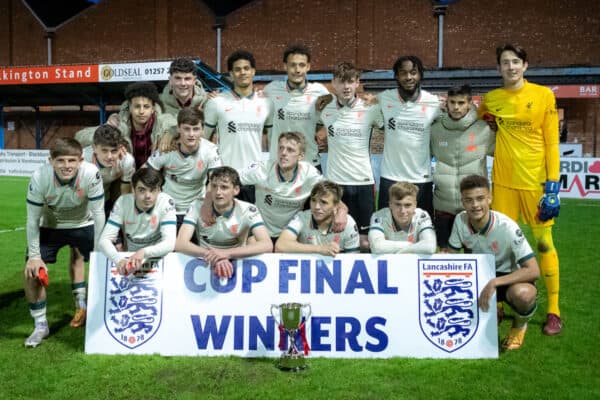 It was a big moment for Norris, one of the academy’s standout performers this season, as he clinched the third trophy of the campaign for Liverpool.

Captain Tom Clayton emulated Jordan Henderson and Niamh Fahey in what is becoming a club trademark in the trophy lift, his shuffling feet leading to a brilliant moment as Kaide Gordon joined the rest of the U23s in celebration.

That proved to be a fitting last hurrah for Lewtas’ side this season, who will now embark on a summer break before preparations begin for 2022/23.