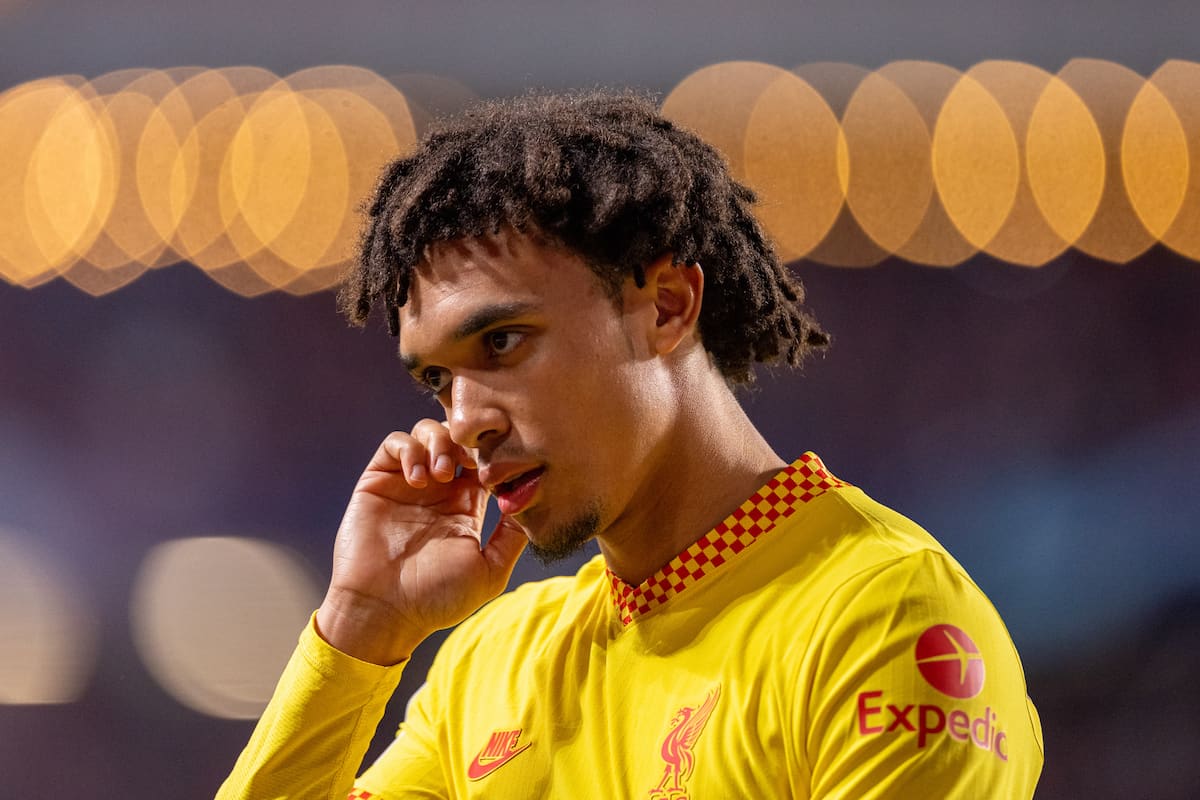 Trent Alexander-Arnold insists Liverpool’s players thrive off the pressure of having to win every match as they have a chance to create history with an unprecedented quadruple.

With the Carabao Cup secured in February and an FA Cup final to come in just under a fortnight’s time, attention turns to securing a third Champions League final appearance in five seasons as they take a 2-0 lead to Villarreal.

Underlying all of that is another epic title race which is set to go right down to the wire with Manchester City only one point ahead with four matches.

“I feel like we thrive off it. I feel like this is always the best time of the season. Every game is a final, pushing on all three fronts,” said Alexander-Arnold.

“I feel the lads feel the same way. It is exciting, the buzz you get from scoring a goal and knowing it is important.

“Naby’s goal (against Newcastle) on Saturday… there was a feeling, ‘This is a big goal’. Same with Hendo’s (Jordan Henderson) cross-shot against Villarreal.

“Those goals give you a different feeling that this is big, this is massive. Same with the three points.

“These are the best times we are going to have as a team, when you are pushing on all three fronts. Going into the final games this is an exciting time.

“This is a very special season for us all and hopefully we will see it though and at the end we will be in the history books again.”

A major factor in the club’s success so far, and in the future, is manager Jurgen Klopp. 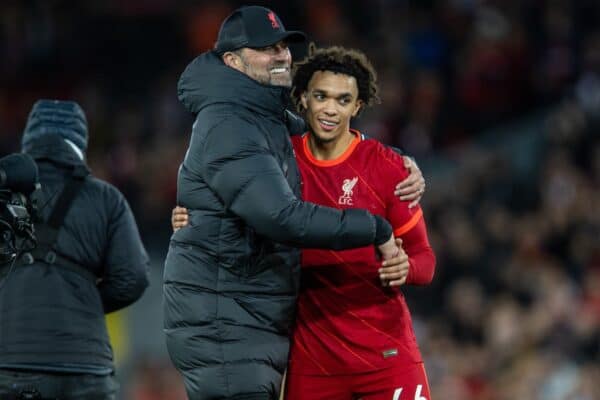 The German’s decision to sign a two-year contract extension to keep him at the club until 2026 is hugely significant for the Reds.

Not currently for his players, however, for whom it is business as usual.

“We were all at home, to be fair. It wasn’t like a big celebration, ‘Oh, the gaffer’s staying for another two years, let’s all have a party,’” added Alexander-Arnold when asked where he was when he heard the news.

“It was somewhere in between. I feel it’s hard for news to really sink in when games are so thick and fast.

“I think there will come a point when we’re able to settle down and say, ‘That was good news for us, something we wanted to hear’.

“But I think even the manager wouldn’t have wanted it to distract us or take our focus away from the games.

“As a set of lads, we’re very focused on what we need to do. The manager hasn’t spoken about it, no-one has really mentioned it, it’s business as usual.

“But in the back of our minds, it is another two years and hopefully we’ll be able to make them successful.

“It gives us that boost that hopefully we’ve got four more years of these kind of seasons to come.”