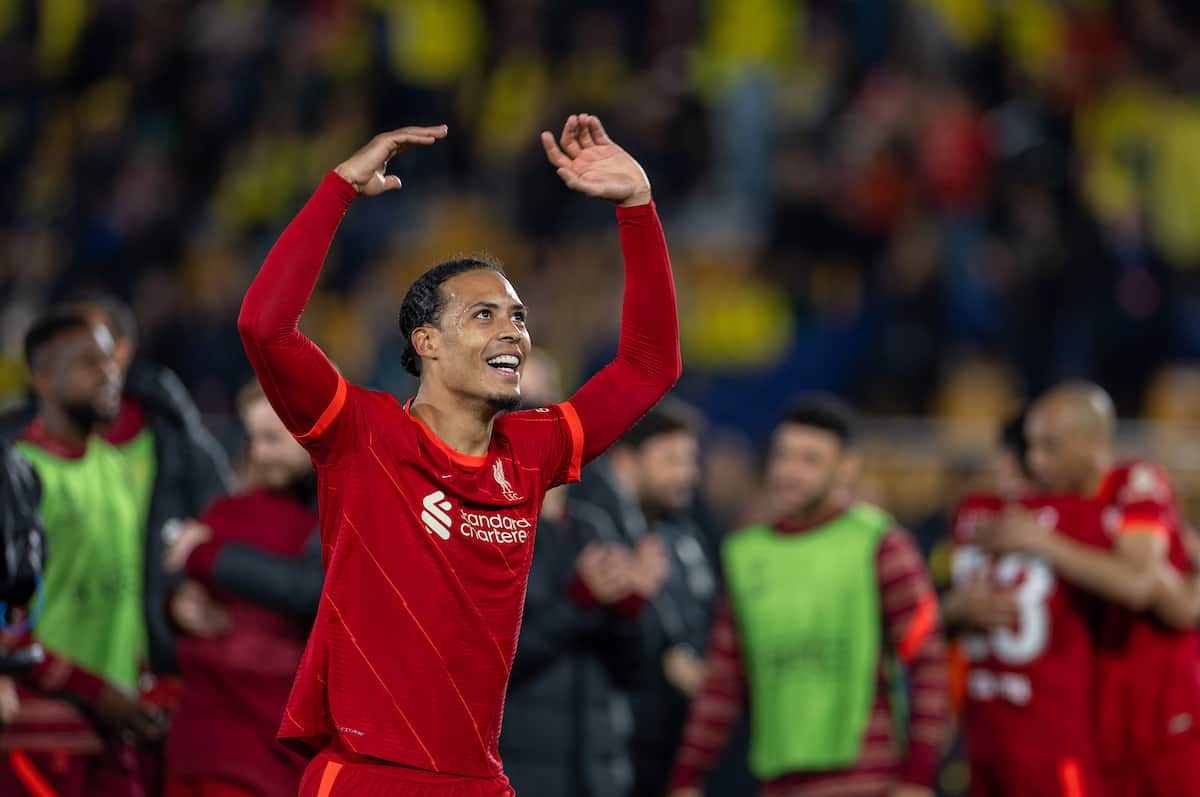 By booking their place in the Champions League final, Liverpool will now play in every game that was possible for them this season; 63 in total.

At the start of any season, there are, at least, four trophies up for grabs and one could only dream of the possibility that their team is in with a shot at them all by the time May comes around.

For Liverpool, that has become a reality.

The League Cup is, of course, already in the bag, an FA Cup final is on the horizon and a trip to Paris now awaits for another appearance in a Champions League final.

By responding at Villarreal to turn a 2-0 deficit on the night into a 3-2 victory, 5-2 on aggregate, Jurgen Klopp‘s men will await either Real Madrid or Man City in the European Cup final.

In total, Liverpool will have played six games in the League Cup, six in the FA Cup and 13 in the Champions League – plus the 38 in the Premier League.

It will not be the most number of games in a single season for the Reds, that honour lies with the 1983/84 squad after playing 67 games – a season that ended with three tropies.

It’s a testament to the insatiable appetite that exits within Klopp’s squad and the incredible strength in depth that exists, but the job is far from over.

Two finals remain in cup competitions and four in the Premier League, the quadruple is still on and it’s full throttle from here on out.