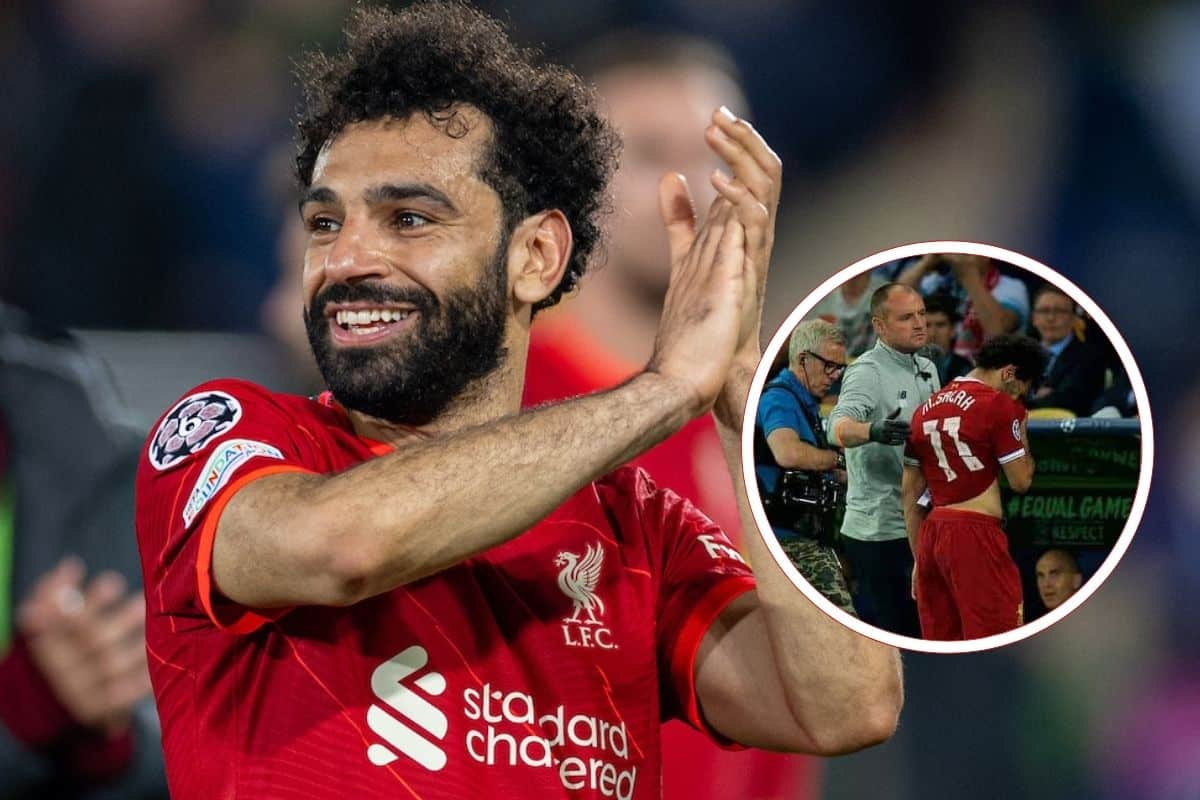 Mohamed Salah has admitted that he would rather play Real Madrid than Man City in the Champions League final.

Liverpool passed yet another major test in their search for a historic quadruple on Tuesday night, seeing off Villarreal 3-2 on the night and 5-2 on aggregate to reach their third Champions League final in five seasons.

Attention now turns to Wednesday night and the other semi-final between Real and City, where City hold a 3-2 lead from the first leg.

Post-match, Jurgen Klopp admitted he will watch the tie, saying: “Yes, I will watch it! Whoever it will be, it will be massive!”

Salah, though, was more frank on who he would rather face in the final, admitting he would prefer to face Real.

“I want to play Madrid, I have to be honest,” he told BT Sport. “City’s a really tough team, we play against them a few times this season. If you ask me personally I would prefer Madrid.”

Asked by Peter Crouch if that was due to wanting pay-back for the 2018 final in Kyiv, Salah laughed:

In truth, Madrid would be Liverpool’s preferred final opponents, considering City are rivals to the Reds as being the best team in Europe currently – and let’s be honest, nobody wants to play Pep Guardiola’s side in the final.

That’s not taking Carlo Ancelotti’s side for granted, however, and if they do progress, they have the world’s best striker in Karim Benzema in their ranks.

It would be fitting for Salah to play a starring role in Paris against Madrid, having exited the showcase event in such an unsporting manner in 2018.

Given the incredible amount of drive he possesses, it would just like him to be the hero against his former foes.

That level of belief was summed up Salah admitting he wanted “40 goals and 10-15 assists” back in August, reaching the assist tally already, but joking that he needs to “focus on the goals now”, having got a mere 30 to date.

A final against Real, in Paris, would conjure memories of Liverpool’s third European Cup in 1981.