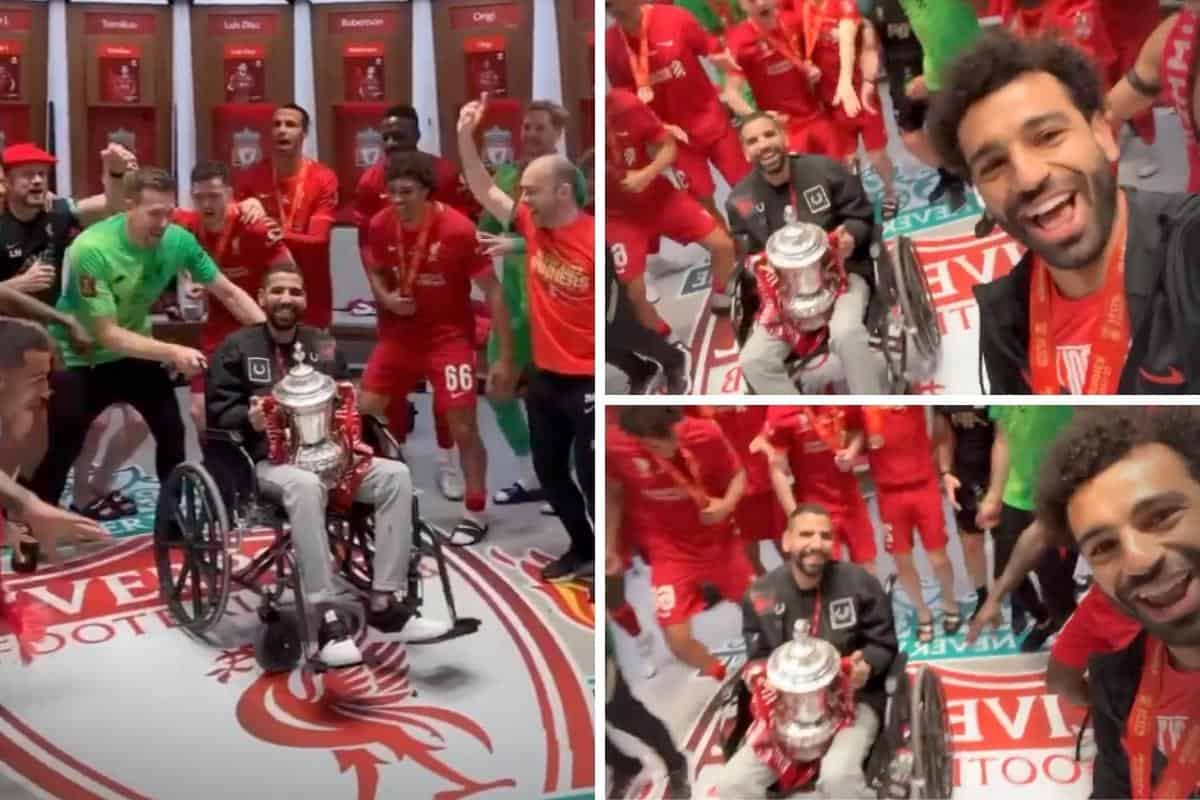 There was a guest of honour at the heart of Liverpool’s FA Cup final celebrations, with Mohamed Salah inviting former team-mate Moamen Zakaria to Wembley.

It was a bittersweet day for Salah on Saturday, with the No. 11 back in the starting lineup but soon forced off with a suspected groin injury.

With just a fortnight to go until the Champions League final, and a revenge mission against Real Madrid, the immediate fear was that he would miss another major clash for Liverpool.

But after the game Salah’s spirits were high as he declared himself fit for Paris, and he welcomed a special guest behind the scenes as the Reds celebrated winning the FA Cup.

Alongside him in the tunnels of Wembley was Zakaria, a former international team-mate of Salah’s who now requires the aid of a wheelchair as he suffers with ALS.

Amyotrophic lateral sclerosis, also referred to as motor neurone disease, is a degenerative condition that affects the motor neurones in the brain and spinal cord.

It is a disease that has become close to those at Liverpool due to the work of the Darby Rimmer Foundation, launched by ex-Reds defender Stephen Darby and the late Chris Rimmer after they were both diagnosed with MND.

There is no known cure for ALS, and Zakaria was forced to retire in 2020 following his diagnosis.

Soon after, Salah dedicated his goal celebration to the former Al Ahly forward in the 4-3 win over Leeds, holding his hands over his ears as Zakaria would when he scored.

Almost two years on, Zakaria was with the Liverpool squad in their dressing room at Wembley, holding the FA Cup as the Reds danced alongside him.

It was a classy gesture from Salah to invite the 34-year-old to the final, and it was certainly appreciated as he took to Twitter after the game.