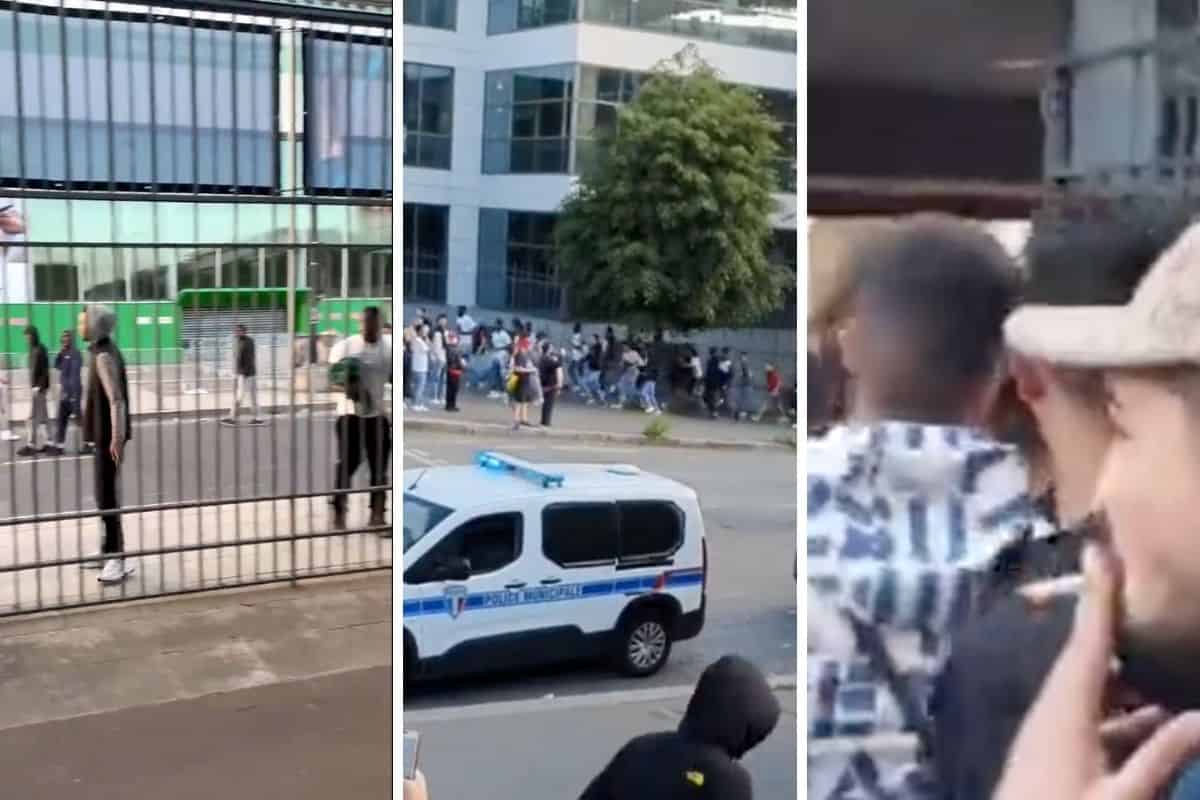 Gangs of local French youths forced entry to the Stade de France ahead of the Champions League final, as shown by videos now circulating online.

Liverpool supporters witnessed first-hand local youths, who had somehow got past the first security checkpoint, then surged through the turnstiles and climbed over fences.

This is likely why French authorities then closed some gates to Liverpool supporters with tickets, and led to the chaos that ensued around the access points.

“I came across this issue repeatedly as I tried to access the stadium last night. Locals trying to force their way in leading to security closing the gates and keeping out legitimate fans with tickets. Police either didn’t know how to deal with it or didn’t want to.”

I came across this issue repeatedly as I tried to access the stadium last night. Locals trying to force their way in leading to security closing the gates and keeping out legitimate fans with tickets. Police either didn't know how to deal with it or didn't want to #LFC #UCLfinal pic.twitter.com/JZyexADoMa

“I attended many Champions League finals. What happens at the Stade de France, I had never seen that. There are groups of French people around the stadium who attack and steal the fans.”

Those same locals were also the ones pickpocketing fans, stealing legitimate tickets and mobile phones.

And likely the same local gangs who were under the tunnels and in dark, narrow roads from the stadium to the Metro after the match when they attacked and mugged supporters, with absolutely no police intervention.

The French police are charging fans and locals outside the Stade de France. #UCLFinal pic.twitter.com/stQkzX0l4G

All of this corroborates exactly with what Liverpool supporters witnessed firsthand.

In another video, fans are being pushed back by police when clearly being crushed, with fans saying: “I can’t move.”

In another show of the farcical and dangerous situation, Real Madrid supporters are shown going underneath turnstiles because their tickets don’t work – then security taking a selife with them.

“I’m even sorry for all the people who couldn’t get in when they had their tickets. I really thought we weren’t going to make it. I was seriously afraid for lino. When the guard told me machine goes under the barrier doesn’t work! Then selfie! madness”

Another video shows fans with tickets at the turnstile being directly pepper-sprayed in the eyes:

Meanwhile, there are further videos of how supporters at the Liverpool fan park were tear-gassed immediately upon full time for absolutely no reason.

These are just a handful of the video evidence that show UEFA blaming late-arriving fans – as they initially did, announcing as such on the stadium tannoy, and fake tickets, is completely and utterly not true.

Police funnelled thousands of Liverpool supporters into a narrow corridor, then closed gates after local youths jumped the turnstiles, then tear-gassed the supporters with tickets who were locked outside of the perimeter.

They even tear-gassed some as they attempted to scan their tickets:

After the match, police again tear-gassed some supporters when leaving the stadium, and were nowhere to be seen as local youths attacked and mugged supporters on their way to the trains and Metro.

Liverpool FC have “have officially requested a formal investigation into the causes of these unacceptable issues.”

This is UEFA and the French police, don’t expect too much.