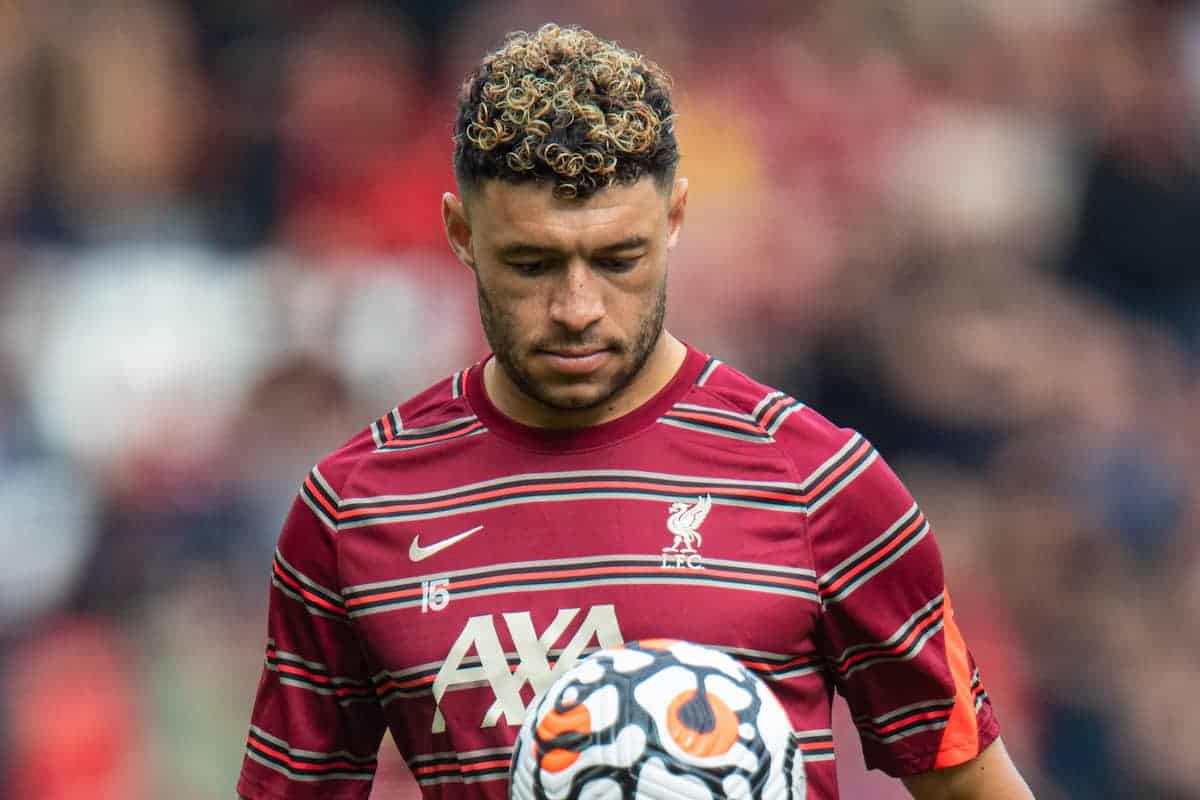 With Alex Oxlade-Chamberlain now expected to remain with Liverpool for the final year of his contract, the midfielder has been busy preparing for pre-season.

After a difficult end to the campaign that often saw him left out of Jurgen Klopp‘s matchday squad entirely, Oxlade-Chamberlain was tipped to depart Anfield.

But it has now been widely reported that, with Liverpool not set to sign a new midfielder this summer, he will spend another campaign on Merseyside instead.

That could change between now and September 1, of course, but as it stands, Oxlade-Chamberlain will be with the Reds for 2022/23.

He is due to report back to the AXA Training Centre for the first day of pre-season training on July 4, and looks to be getting a headstart as he joins the likes of Jordan Henderson, Nat Phillips and Adam Lallana in Portugal.

Oxlade-Chamberlain has been working with another Premier League player while at The Campus facility in Quinta do Lago, however, as he shared on Instagram on Friday.

The 28-year-old is pictured training alongside Leicester playmaker James Maddison, who himself has spent much of the summer at The Campus.

Parsons is also a footballer, and came through the ranks at Bournemouth before returning to his native West Sussex, where he currently plays for Worthing.

But his role with a number of Premier League players is to build and maintain strength and fitness during off-season periods, with Oxlade-Chamberlain ready to go ahead of day one at Kirkby.