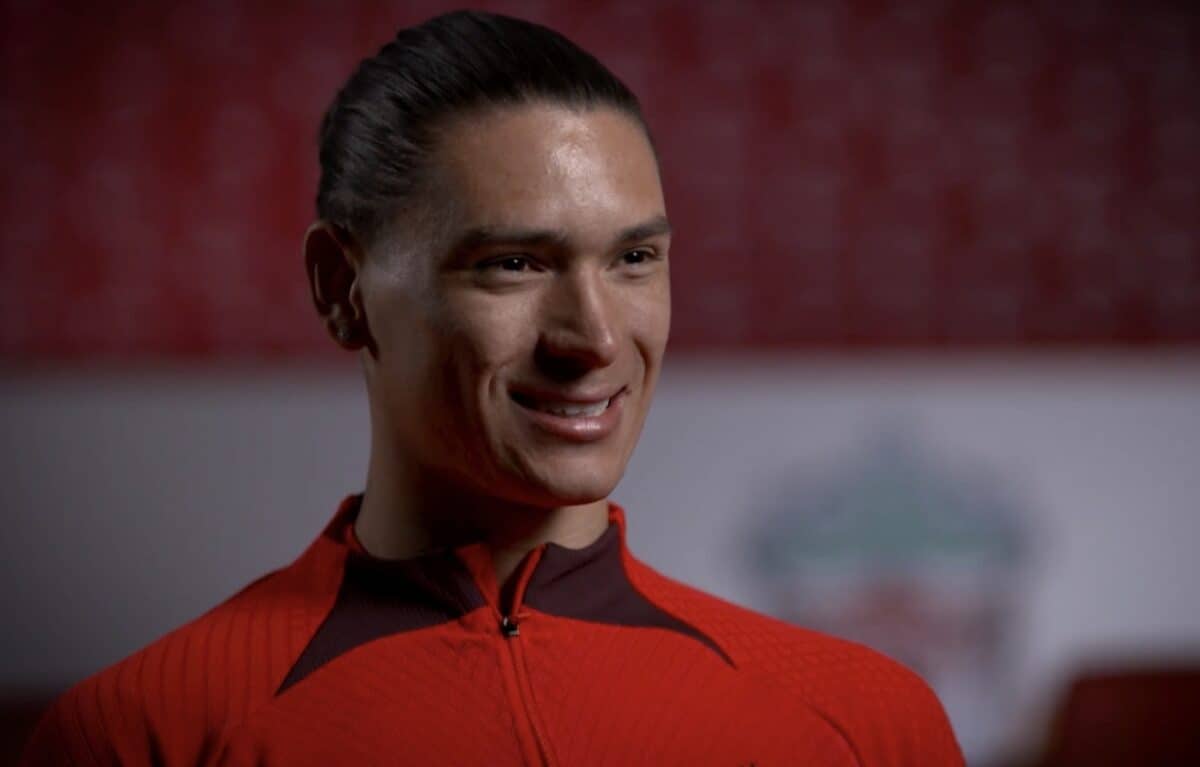 The 22-year-old has signed a six-year contract, the PA news agency understands, after the Reds paid an initial fee of £64million, with the deal subject to international clearance and a work permit.

His fee could rise as high as £85m, which would eclipse by £10m the sum Liverpool paid Southampton for centre-back Virgil van Dijk in January 2018, but for that to happen the Uruguay international will have to meet every condition – ranging from goal-scoring targets to winning the Champions League – set out in the deal. 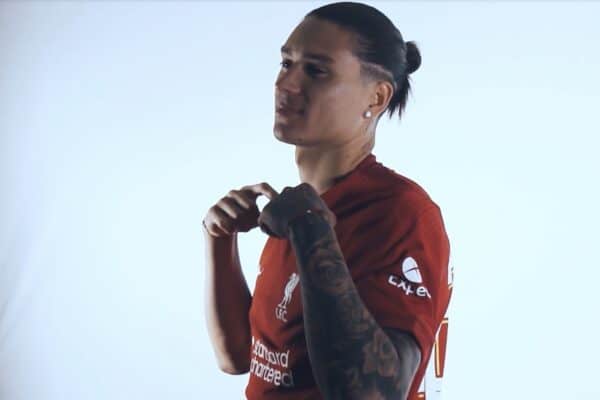 “When I arrived at the training ground, I was really surprised to see the set-up and the structure and all the trophies here.

“You can then imagine yourself winning more trophies and then later on when you come here again and see the trophies on display, you can say, ‘look, I was a part of that, I was there at that time, winning trophies’.

“That’s one of the reasons why I came here to Liverpool – to win trophies and titles. I want to win a lot of trophies at Liverpool.” 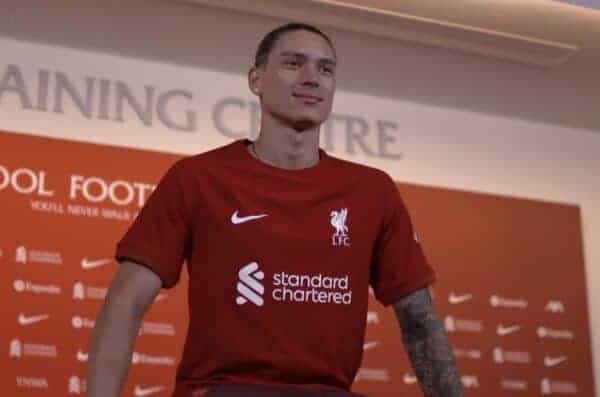 Nunez was manager Jurgen Klopp’s number one summer target after being impressed – sources say he “fell in love” with the player – by what he saw in the club’s analysis of Benfica ahead of their two-legged Champions League quarter-final in April.

Nunez scored home and away in that tie and will offer Liverpool a more clinical option in the penalty area.

“I’ve played against Liverpool and I’ve seen them in lots of games in the Champions League, and it’s my style of play,” he added.

“There are some great players here and I think it’s going to suit my style of play here.

“As I say, I’ve watched quite a lot and it’s a very big club and I hope I can give everything that I’ve got in order to help the team.” 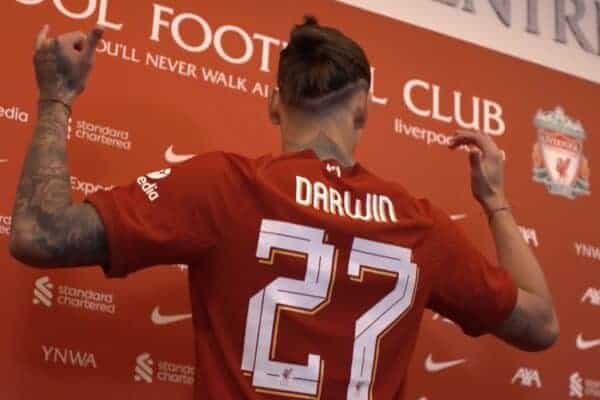 Nunez will wear the number 27 shirt for Liverpool and becomes the third Uruguayan to sign for the club, following on from Luis Suarez and Sebastian Coates.

While his signing is a departure from the multi-functional player Liverpool usually target, Klopp and his coaching staff are convinced they can evolve the team to play to his strengths.

It represents an encouraging start for new sporting director Julian Ward who, using contacts in the Portuguese market established in a previous role as scout for the club, flew to Lisbon last week to ensure the deal was finalised quickly in the face of interest from another Premier League club, believed to be Manchester United. 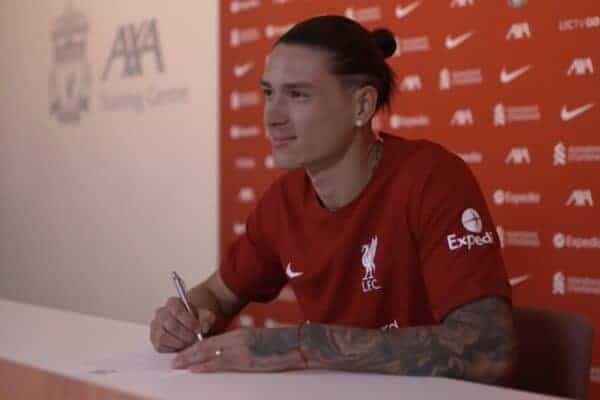 With Sadio Mane set to head out this summer, Mohamed Salah at the moment currently only prepared to commit himself to the final year of his contract and Roberto Firmino, 31 in October, likely to play out his last 12 months, the forward line needs an injection of new blood.

January signing Luis Diaz, 25, provided the initial shot, the addition of Fulham’s 19-year-old Fabio Carvalho has boosted that and Nunez will complete the mid-to-long-term regeneration.

Liverpool still also have Diogo Jota, who is also only 25.