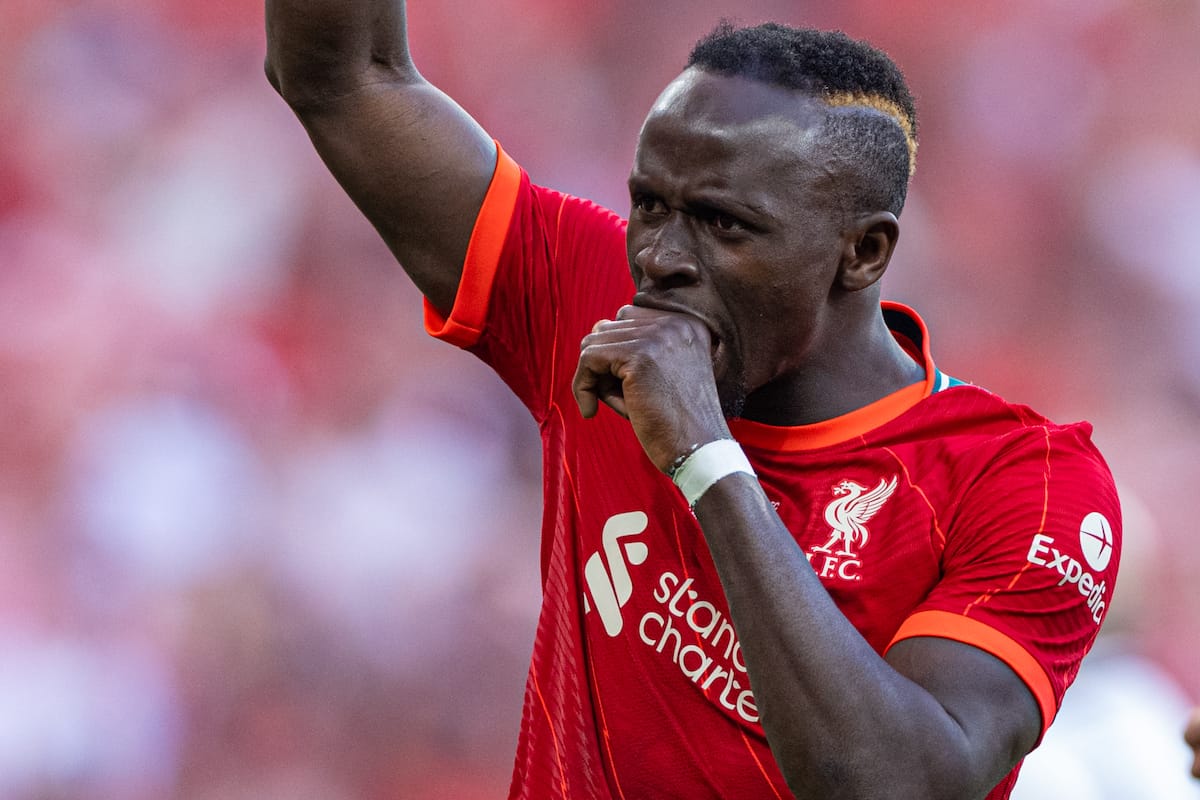 With Sadio Mane‘s exit now nearly upon us, Liverpool fans were quick to reflect on the influence and legend he has carved out at Anfield, signalling the “end of an era.”

As Liverpool agree to a deal worth up to £35.5 million with Bayern Munich, the 30-year-old’s time as a Red is now all but over.

It’s been six years since Jurgen Klopp plucked the winger from Southampton and saw him become an integral member of a much-feared attack in a side that would go on to win it all.

In 269 appearances that amassed 120 goals, Mane has helped send Liverpool back to their perch having won every trophy they possibly could, and he was smiling throughout the entire journey.

And he had Liverpool fans doing the same, and now there is plenty to reflect on as the six-year ride comes to an end with Mane swapping the Premier League for the Bundesliga.

An incredible footballer and an even better human being, here’s to you Sadio Mane:

Liverpool and PL legend. Was our best player when we stormed the league. One of my favourite players of all time, so many clutch moments and goals and just seemed like the nicest guy ever ? https://t.co/XQ43eQf2QZ

After a phenomenal 6 years at the club, Sadio Mane is on his way out to Bayern Munich. He was a brilliant servant and one of the best in the world, you cannot blame him for wanting a new challenge after winning everything at club level.

All the best Sadio! ? pic.twitter.com/DoQnZyjQN1

Sadio. The catalyst of so much for this side. Absolutely adore the bones of him. The end of an era.

Mane's departure is the end of an era. Klopp's first big signing and at the heart of all of his success. This is more good business though. Can't be handing him a £300k+-a-week contract at this stage. Liverpool have had his best years. Surely Nunez is the type Bayern needed?!

Won't ever see this legendary trio together again. ? pic.twitter.com/SLRTcgSjic

That's what I'll always love him for the most.

First of the top 5 pillar signings in the Klopp era to go. Sad times.

Remember Torres scoring against Chelsea and immediately knowing he'd be brilliant. Mane's goal against Arsenal was the same. Completely torched their back line before hitting the top corner with his weak foot on his league debut. pic.twitter.com/vsyxnrVppy

Sadio came in as a young lad with dreams. He leaves as a legend winning all major club trophies completing the set. Also 'End of an era' for our front 3.

Inevitable but sad nonetheless. Good luck Sadio and thanks for everything mate. YNWA https://t.co/4gMjciZ3nP

The word legend is overused but Sadio Mane departs very much as one.

Started the Klopp revolution and won the lot. A player we were blessed to watch. pic.twitter.com/OPp9RmIrdY

A sad day as Sadio Mane nears the #LFC exit, but one that was always coming. For me it's Mane (as first major signing) and Adam Lallana (as an existing squad player to really step up) who encapsulate the early days of the Klopp reign. How far Liverpool have come.

Thanks for the memories Sadio. A legend on the pitch, an ambassador for football off it. We’ve been lucky to have you. One of our greats of the modern era. Good luck at Bayern but Anfield will always be your home. #LFC

The end is almost here for Sadio Mane. When you discuss signings made during the Klopp era, none have been more important. The £31m to Southampton couldn’t have been wasted. It was actually a bargain. Dazzled in first game, became one of the world’s best. A legend, plain & simple

Mane has been absolutely brilliant for Liverpool & was pivotal to all the success we’ve had under Jurgen Klopp.

He leaves a proper Liverpool legend ??

It really is the end of an era, Klopp’s first revolutionary signing who could do it all and did not put up a fuss as he moved from one wing to the other before then thriving in a central role.

We were all privileged to see him in action, and he leaves as a Liverpool legend.

All the best, Sadio!