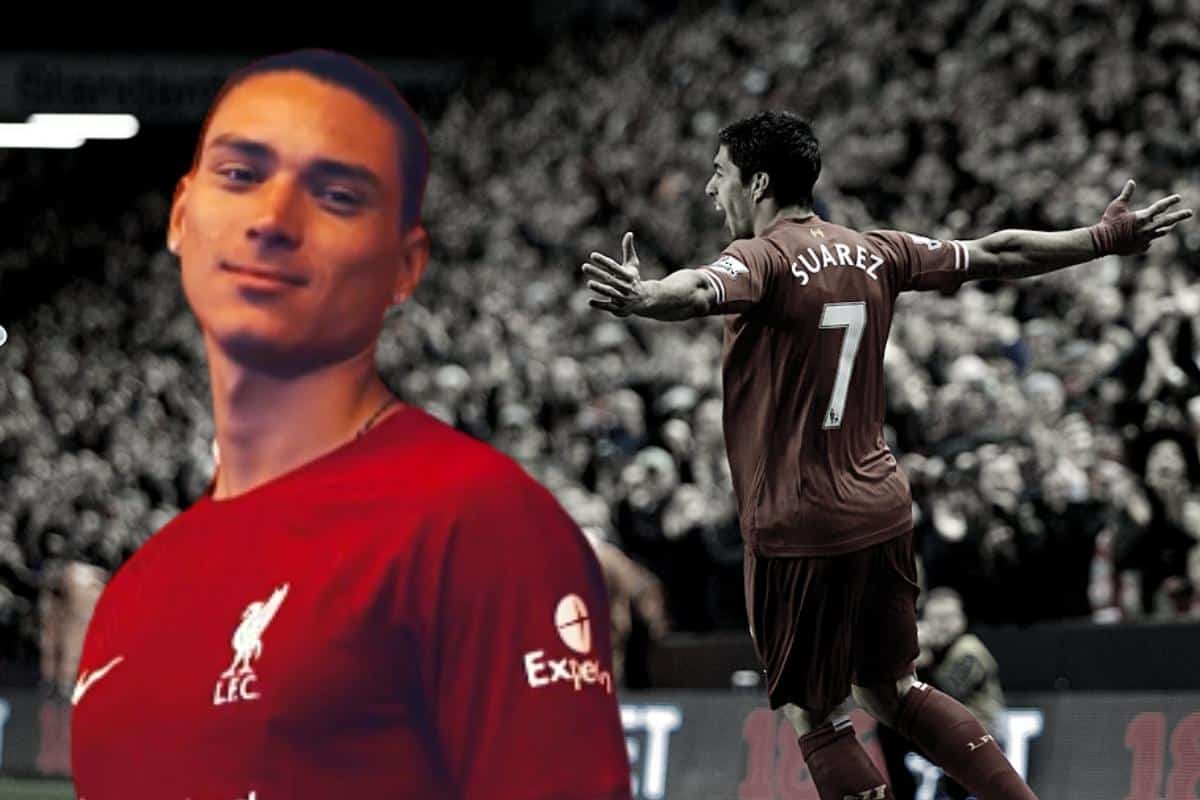 Luis Suarez has looked to distance Darwin Nunez from any comparisons to his time at Liverpool as he backed the young forward to “write his own story” at Anfield.

Nunez became the third Uruguayan to join Liverpool after arriving in a deal worth up to £85 million, with Sebastian Coates and Suarez both signing for the club in the early 2010s.

But it is Suarez’s history at Anfield that has drawn comparisons after swiftly captivating the Reds faithful on his way to scoring 82 goals in 133 appearances.

The former No. 7 has already expressed his desire to see Nunez top him in Liverpool’s goalscoring charts but he sees no desire to compare beyond the two being forwards and Uruguayan.

“He [Nunez] will write his own story at Liverpool,” Suarez said, via the Mirror.

“He is Uruguayan and he is a forward but that is where the comparisons stop – he is a special player and doesn’t need to be compared with anybody. 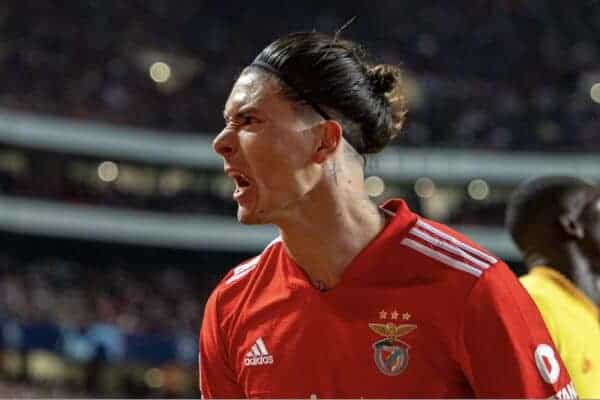 “He is going to a great club with one of the best coaches in the world, players he can learn off, and of course those special fans.”

The journey Nunez will enjoy at Liverpool will be his own, carved out by his own experiences and accomplishments and while Suarez will be there for advice, he does not feel the 22-year-old needs it.

“I can be there to offer him advice about England and about the style of play – but I don’t think he will need it – he will let his talent do the talking,” Suarez added.

That’s not to say that Nunez does not take privilege in following a similar path to that of Suarez, who he has shared the pitch with six times for Uruguay.

“It is an honour for me to follow in your footsteps! I hope I can perform like you did in Liverpool!” Nunez said in a recent Instagram exchange.

And with pre-season returning in less than two weeks’ time, it will not be long before fans see the start of Nunez’s first chapter at Liverpool.