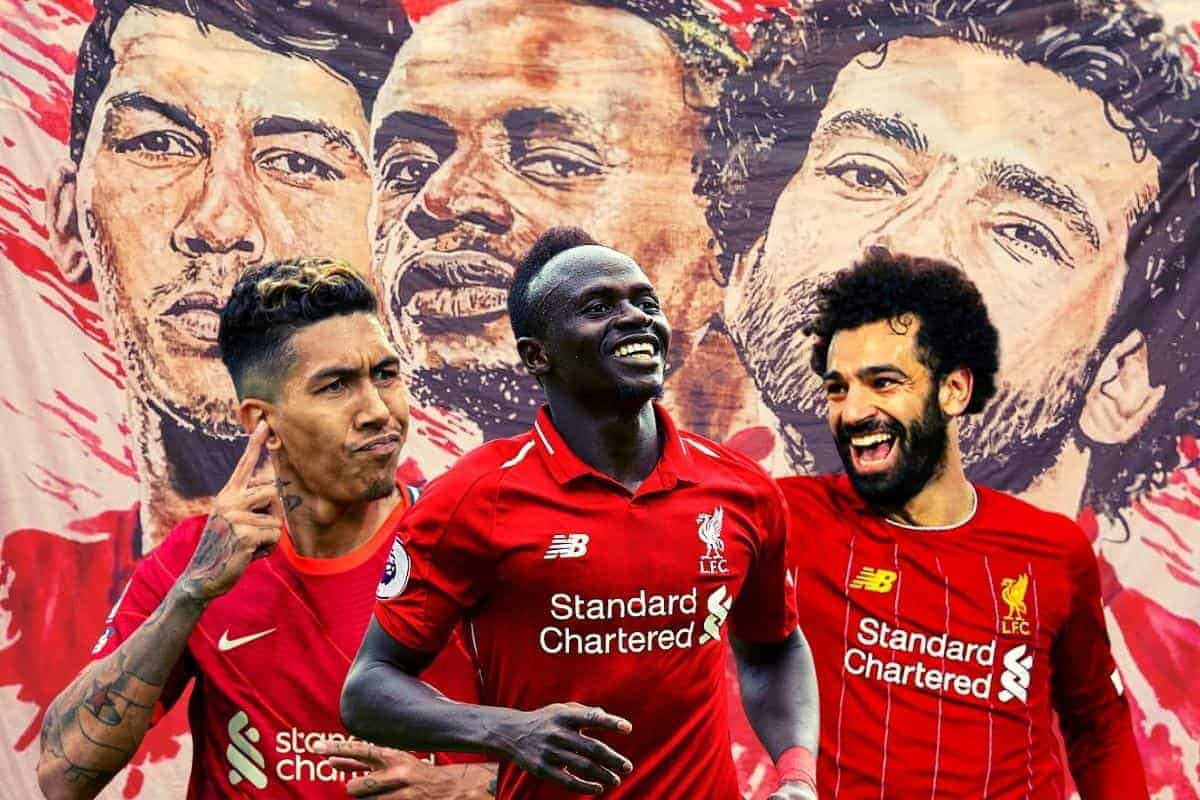 It’s the end of an era for Liverpool as Jurgen Klopp‘s original famed front three disband after five prolific seasons together, as Sadio Mane departs for Bayern Munich.

The early years of Klopp’s revolution saw Mane, Roberto Firmino and Mohamed Salah light up the pitch both domestically and in Europe, as unstoppable red arrows.

The trio were considered the best attacking force in Europe such was their chemistry and ability to punish the opposition time and time again.

New faces have been added to the mix over the years but they remained at the heart of the Reds’ attacking profile – a much-loved and effective trio who we have now seen the last of.

Without knowing it at the time, the Champions League final on May 28 was the last time Firmino, Salah and Mane shared the pitch, 1,750 days after their first appearance as a front three.

And with Mane now moving on, let’s take a look at the numbers behind the deadly trio. 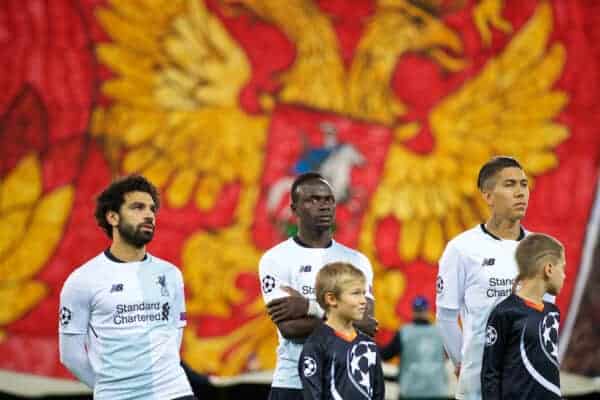 With Salah joining the club in the summer of 2017, Liverpool’s No. 9, 10 and 11 have enjoyed five successful seasons together fighting across every competition available to them.

In that time they’ve made a combined 731 appearances between them, and this is what it looks like when you breakdown the trio’s statistics during the time they shared the pitch since 2017/18:

With Liverpool playing a total of 282 games in the last five seasons, the trio’s numbers show an incredible level of availability – a player’s greatest asset to a team and his manager.

To think on only less than 50 occasions were Mane and Salah not both on the pitch together since 2017, it’s incredible. 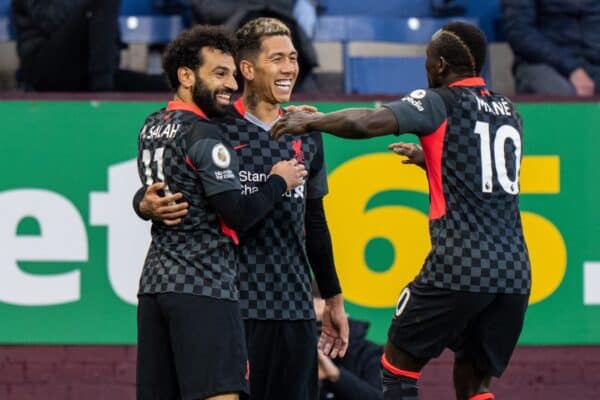 Since they became a trio in 2017/18, they have combined for an incredible 338 goals, with Salah leading the charge:

It is an extraordinary figure that saw the trio help guide Liverpool back to their perch, winning every trophy in sight. It doesn’t feel right to see it end already.

Throughout their respective Liverpool careers since Salah joined the party, the trio have combined for 139 assists between them – and notably, 66 percent of those assists were for each other.

But as for who provided the most assists to the other, Firmino teeing up Salah takes the top prize in a relationship that showed plenty of balance between the three of them:

After five incredible seasons, the Mane-Firmino-Salah combination is no longer available to Klopp and it does mark the end of an era for Liverpool.

The trio have given all Reds memories and moments to forever cherish and look back on during what was a period of great success for the club.