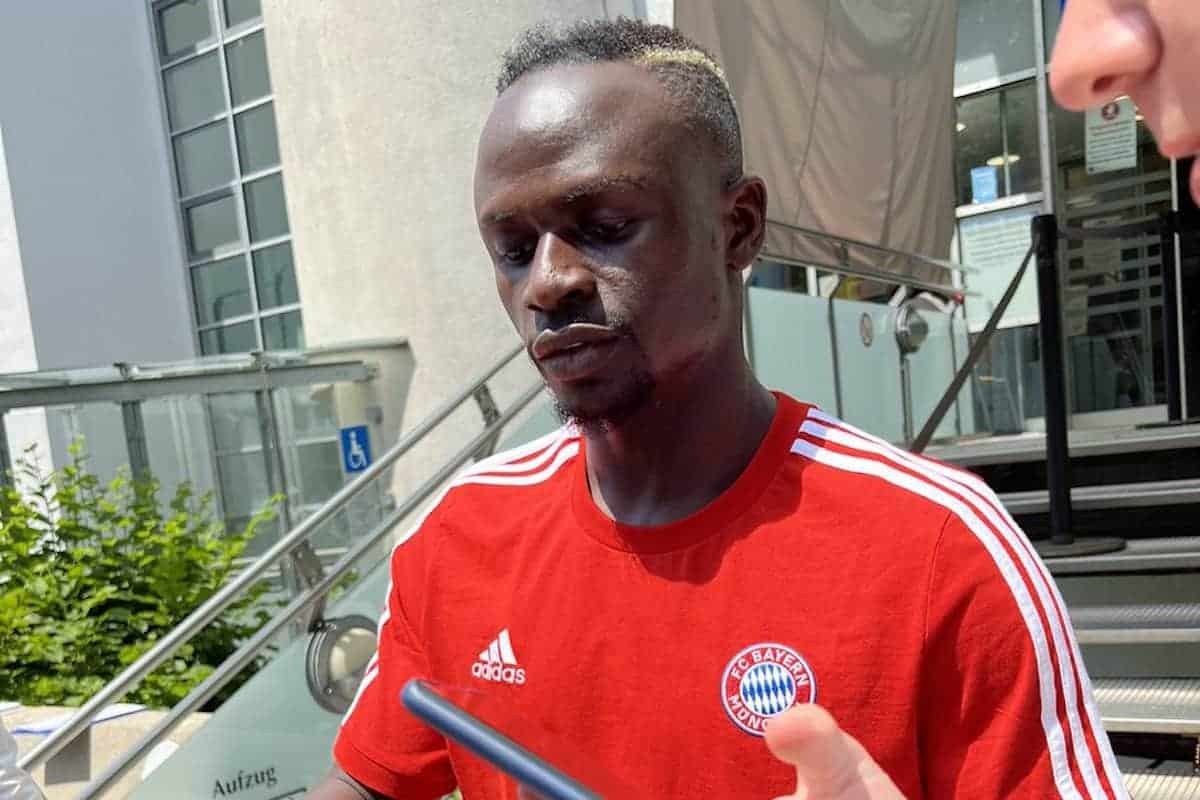 Sadio Mane is on the cusp of a £35.1 million move to Bayern Munich, with the deal to be confirmed on Wednesday, but he has already talked up the transfer.

Mane is finalising a permanent switch to Bayern after undergoing a medical in Munich on Tuesday, with the 30-year-old leaving Liverpool after six years.

Though he departs in strong standing, as a legend of the club, the manner in which he has approached his departure from Anfield has been questionable.

Prior to the news of his imminent switch to the Bundesliga, the No. 10 hinted that he would, in fact, be extending his contract with Liverpool – despite having long decided to leave with one year remaining.

Now, Mane has given an interview with German publication BILD before the transfer has been officially confirmed by either club.

“When my agent first told me about Bayern’s interest, I was immediately excited. I saw myself there right away,” he said.

“I was hooked…it’s one of the biggest clubs in the world and the team is always fighting for every title.

“So for me, it was a very good idea and the right decision to come here.” 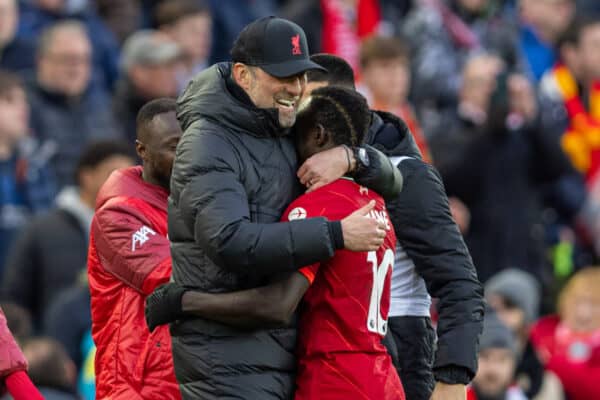 Mane has been a key player for Jurgen Klopp throughout his six-year spell on Merseyside, cementing himself as first-choice striker in the final months of last season.

But, as is his prerogative, the Senegalese discussed his options with representative Bjorn Bezemer in the months leading up to the transfer window.

“My agent told me that there were enquiries from other clubs. That’s part of the business,” he continued.

“But I got the feeling right away when Bayern presented their plan to me. I found myself in Bayern’s plan more than anyone else.”

The forward added: “I’m here for FC Bayern. And I will do everything to win titles with my team-mates!”