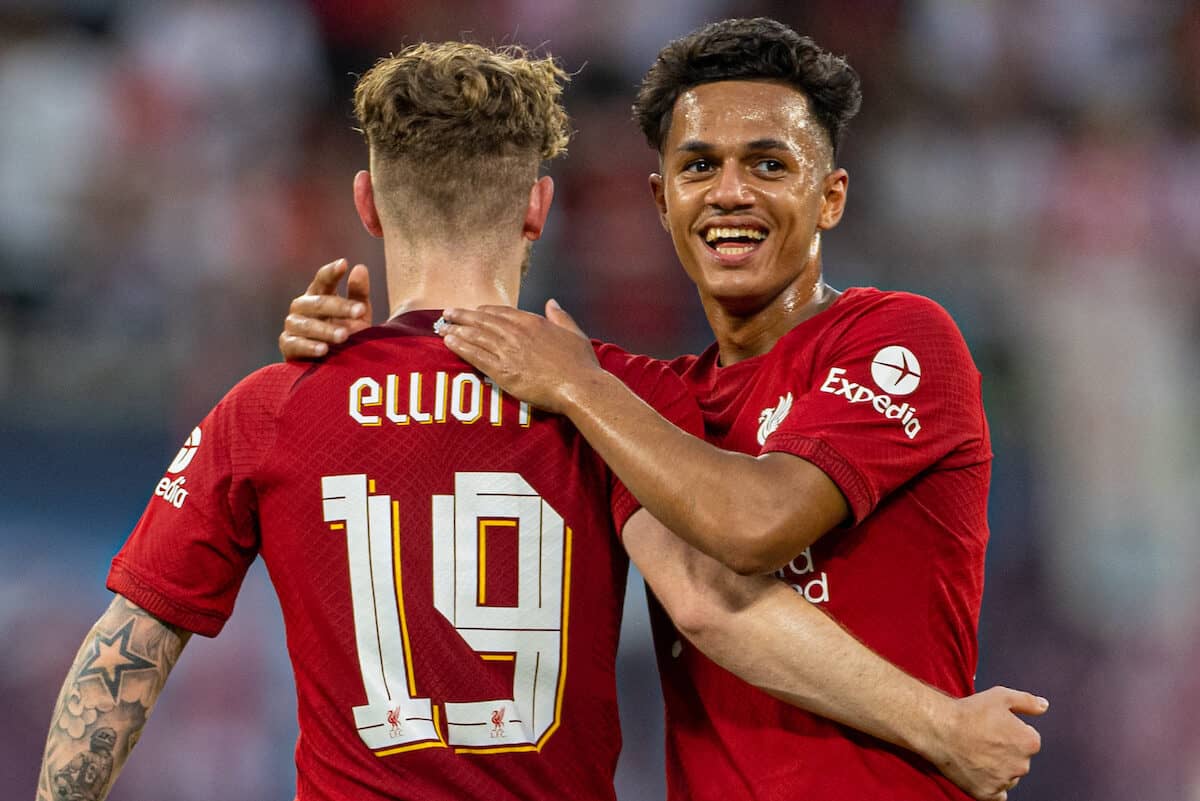 Liverpool’s final pre-season friendly of the summer sees the Reds host French side Strasbourg at Anfield this evening, with a rotated side in action after yesterday’s Community Shield win.

Those players who were substitutes against Man City make up the bulk of the side, but there’s no Darwin Nunez, Naby Keita or Curtis Jones.

James Milner, Harvey Elliott and Fabio Carvalho, who all also came on, are involved though.

Youngster Melkamu Frauendorf starts in attack alongside Elliott and Carvalho.

Ibrahima Konate and Joe Gomez start in the centre of defence, with youngsters Isaac Mabaya at right-back and Luke Chambers at left-back.

In midfield, fans will get a first look at Spaniard Stefan Bajcetic in the No.6 role. The 17-year-old has really caught the eye in pre-season so far.

Alongside Bajcetic is Tyler Morton and James Milner, with no Keita or Jones involved.

In goal is another youngster, 18-year-old Harvey Davies.

In total there are eight teenagers in the starting XI.