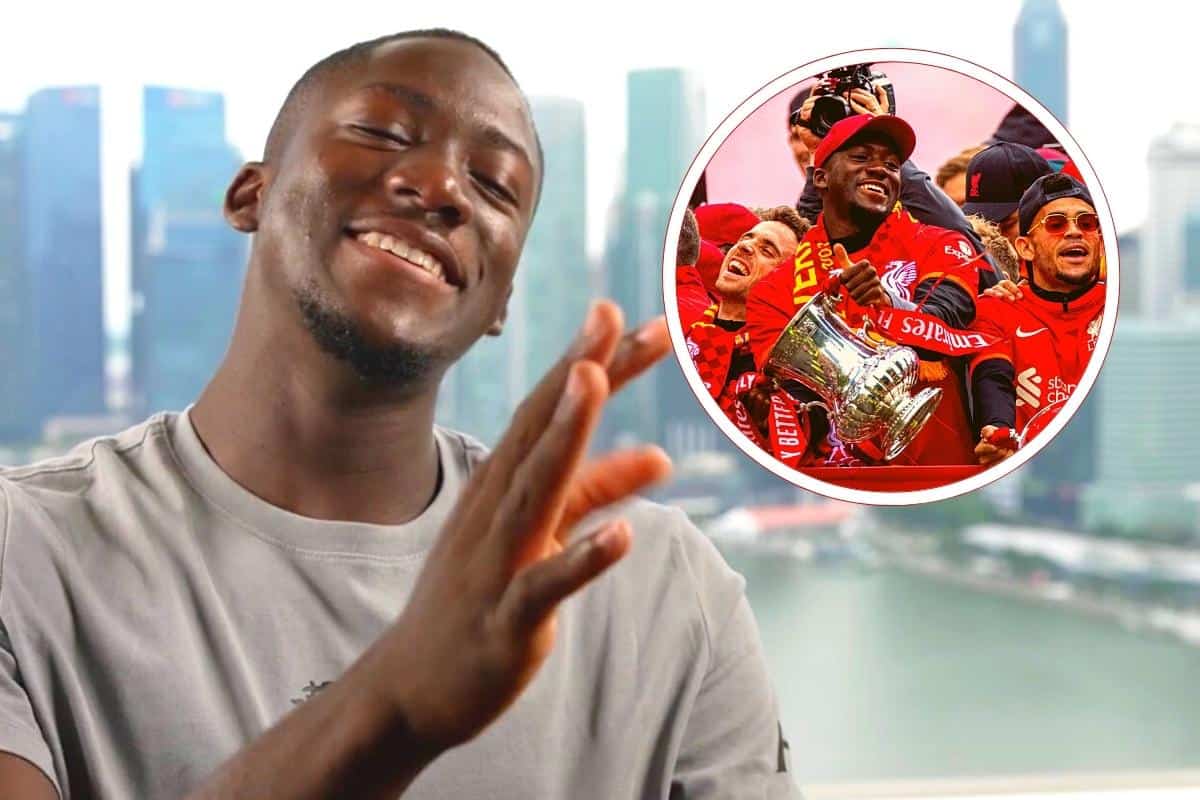 The impact of Liverpool’s trophy parade on the squad was huge, and Ibrahima Konate was briefly left speechless when he was asked to reflect on the day.

When the Reds returned to Merseyside having failed to clinch a seventh European Cup, many players expected the turnout for their planned trophy parade to be lacklustre.

But at the end of an incredible campaign that saw them play in every possible game, winning the FA Cup and League Cup and taking the Premier League title race to the final day, over 500,000 fans lined the streets in celebration.

It is a day that has been talked about as game-changing for those within the squad, with Joe Gomez and James Milner both citing it as key to their decision to sign new contracts.

And in a pre-season interview with LFCTV, the emotion on Konate’s face was clear as he was initially speechless when asked about his feelings about the parade.

“This is the one! Because, you know, when we started, for me it was already crazy.

“When we started, the first 20 minutes, I was very happy, I enjoyed it a lot, but I was a little bit tired.

“And after one, two hours, I remember I spoke with Divock and Ox. They told me: ‘Are you happy now?! OK, wait and you will see!’.

“I said, ‘what will I see?’. And at the end, when we arrived in the city…I was really not ready for that. Oh my god.

“This moment, I think I will never forget.”

“In my head I imagined, if we won the Champions League, Liverpool would not exist anymore!

“It was a very, very great moment for me and my family. I hope we will enjoy it like that a lot of times with Liverpool.”