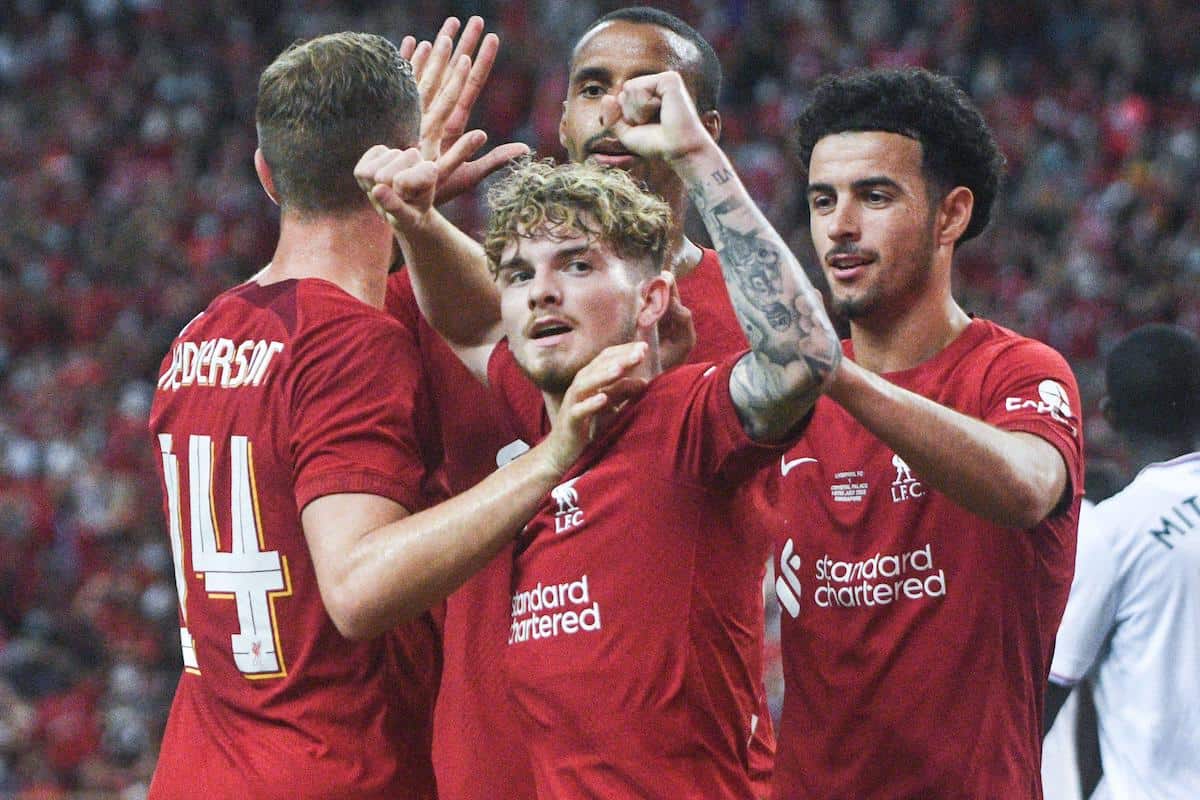 Jurgen Klopp has recognised the impression Harvey Elliott has made this pre-season, but the Liverpool boss is wary of “overloading him with expectations.”

Elliott has been one of the top performers in the Reds’ two friendlies so far this summer, laying on the opening goal of Friday’s 2-0 win over Crystal Palace.

There is a clear determination in the 19-year-old to make up for lost time, having spent much of last season on the treatment table, with a view to taking up a key role again in 2022/23.

With Liverpool not expected to sign another midfielder, there is a strong chance that Elliott plays regularly in the middle of the park, vying with the likes of Naby Keita, Fabio Carvalho and Curtis Jones.

And following the victory over Palace in Singapore, Klopp was full of praise for his No. 19.

“What a nice footballer he is. It’s just very natural, things come to him,” he told LFCTV.

“That’s good, that’s how we need him.

“That he works hard, we all know, but that he can make the difference in some moments, we know as well.”

Elliott certainly has the ability as a difference-maker, with his take on the right-sided midfield role a unique one in the makeup of Klopp’s squad.

It remains to be seen whether he will reprise his duty from the start of last term, when he started three consecutive Premier League games before fracturing his ankle, linking up with Trent Alexander-Arnold and Mo Salah in an attacking triangle.

But for now, Klopp is just relishing the ability to work with the teenager again, and looked to play down the hype surrounding his pre-season efforts.

“[He is] still so young, [we are] not overloading him with expectations, just happy that he’s around, healthy,” the manager added.