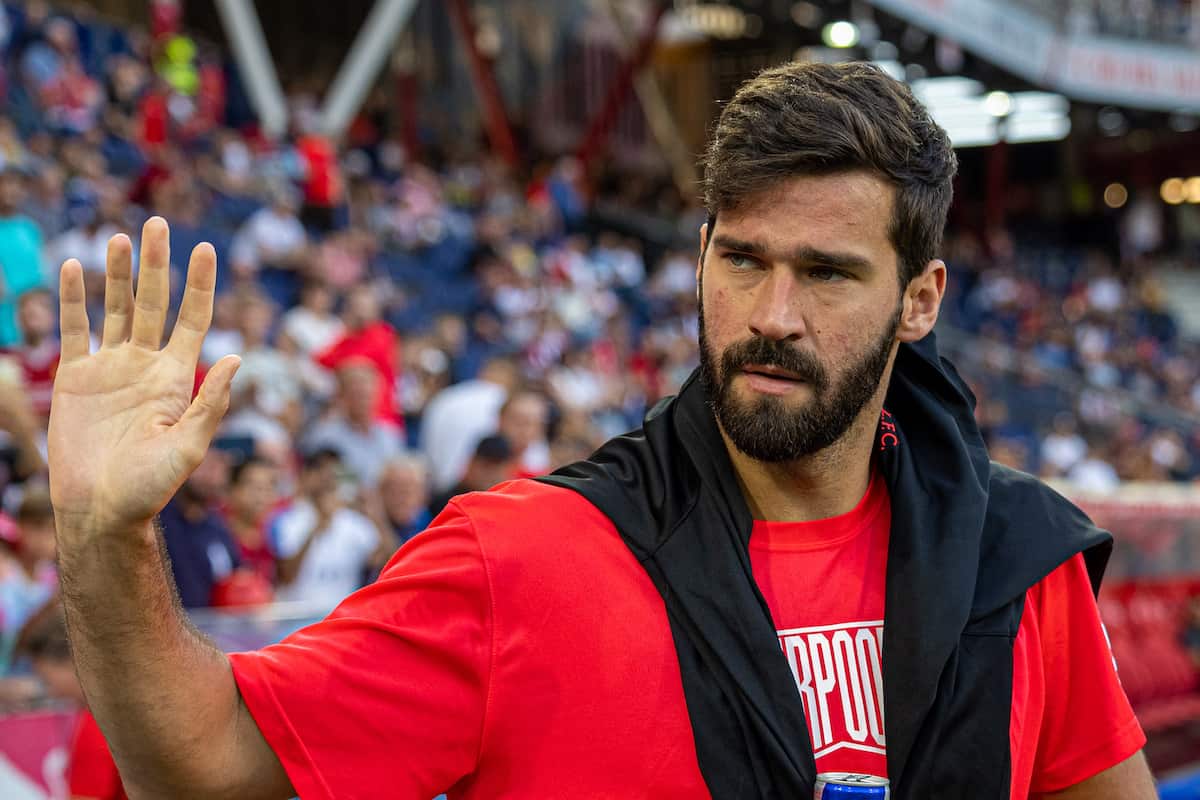 Jurgen Klopp has provided both good and bad news on Alisson‘s availability after the Brazilian took part in team training on Thursday.

Liverpool’s No. 1 has watched most of pre-season from the bench after picking up an abdominal injury during the tour of Asia, forcing him to also take it easy in training.

The initial prognosis was that Alisson was to be ready to return for the Community Shield meeting with Man City on Saturday, but that is no longer the case.

The match in Leicester is in two days’ time and while Alisson‘s training ramped up on the final day in Austria, he will not be in contention to feature against City.

But the good news is that he will “definitely be available” for the Premier League opener at Fulham next week.

“Ali trained today more than the day before, he will definitely be available for Fulham, but not for the weekend,” Klopp said during Thursday’s press conference. 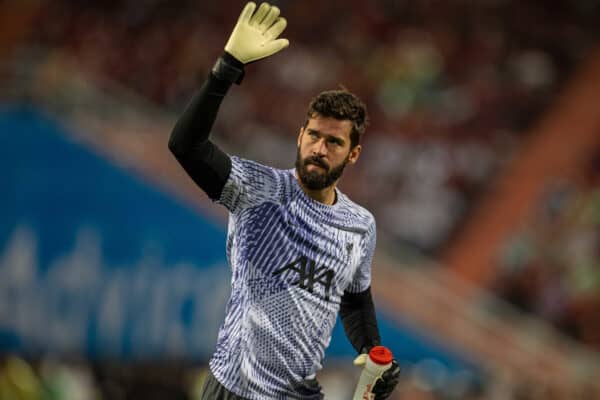 It means Adrian is to continue his role in goal for the Reds against City, with Harvey Davies likely to be his understudy after making the most of his opportunities throughout pre-season.

The summer has thrown up a number of fitness issues for the Reds with Caoimhin Kelleher, Alex Oxlade-Chamberlain and Diogo Jota not making the trip to Austria due to injury.

The latter is still continuing his recovery and is not close to being ready to make his return.

“The same for Diogo. He was not here with us, how could he play a football game? That will take a while, unfortunately,” Klopp added.

Calvin Ramsay and Kaide Gordon, meanwhile, were part of the 31-man travelling squad but their focus has been on rehabilitation with Liverpool, rightly, taking a cautious approach.