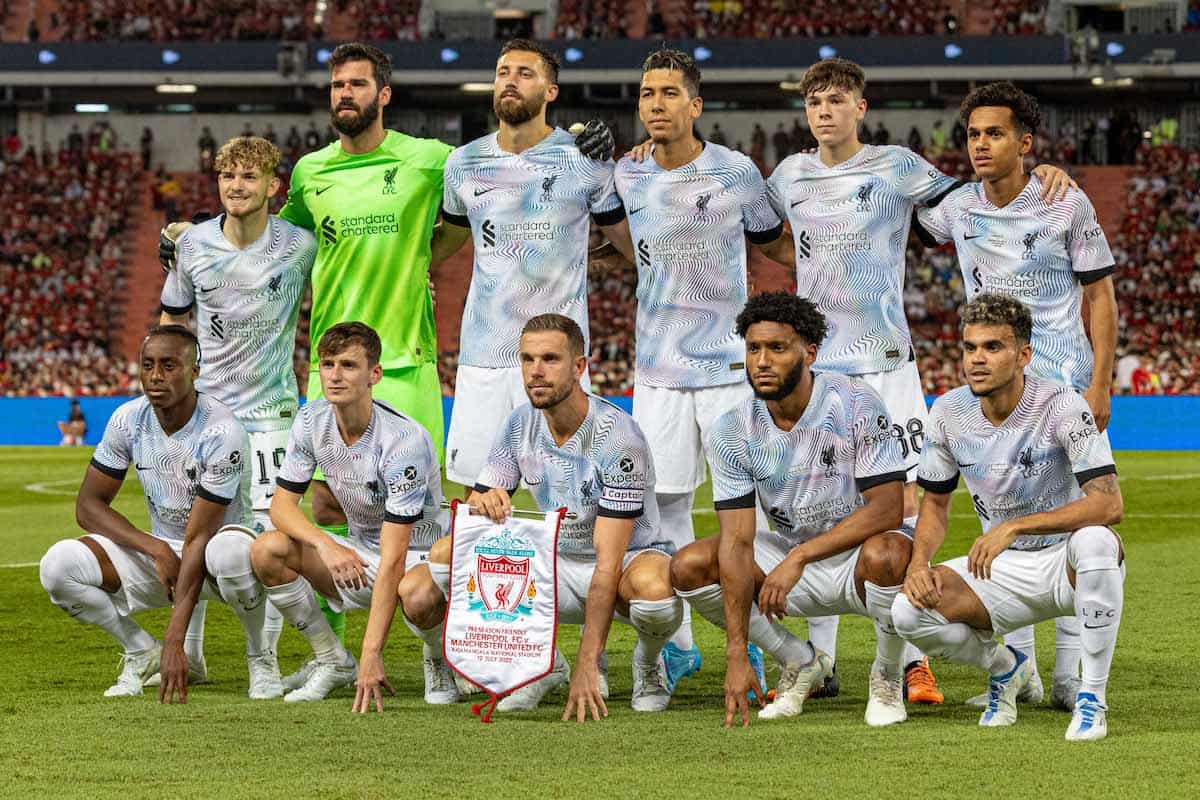 Liverpool kicked off their pre-season schedule by taking on rivals Man United in Bangkok, with 32 players featuring in a 4-0 defeat for the Reds.

Little can be expected from a pre-season friendly, and particularly the first of the summer after, at most, a week of training and a flight to Thailand.

Jurgen Klopp named three different XIs for the clash with United in Bangkok, with a mixed side starting the tie in front of a packed crowd decorated in Liverpool and United shirts.

It was a strong start from the Reds, with the young full-backs Isaac Mabaya and Luke Chambers both impressing, but it was a scuffed clearance from Mabaya that handed United the opener through Jadon Sancho. 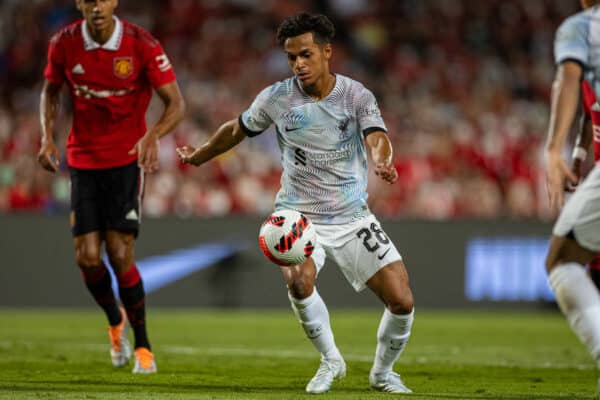 Liverpool looked to strike back, but somehow the ball stayed out following a breathless move that saw Chambers go close twice and both Fabio Carvalho and Luis Diaz hit the post.

Defensive errors undermined the Reds in the final quarter-hour of the half, with both Nat Phillips and his replacement Rhys Williams – unfortunately, with his first touch – culpable as Fred and Anthony Martial made it 3-0 heading into the break. 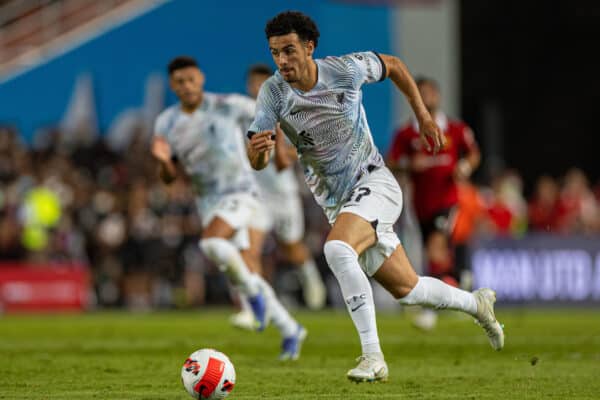 There was only one swap ahead of the second half, as Adrian took over from Alisson, though it was a largely quiet 15 minutes for the least experienced XI of the game.

The big changes came with an hour on the clock, including an unofficial debut for Darwin Nunez, who was brought on alongside the likes of Virgil van Dijk, Mohamed Salah, Thiago and Trent Alexander-Arnold.

Nineteen-year-old Tom Hill was also handed a big opportunity after almost two years out with an injury, and the left winger almost set up a chance with some fine pressing work, only for his cross to elude Thiago. 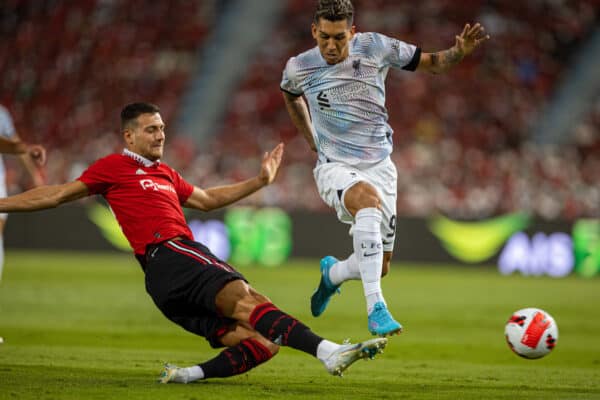 United went 4-0 up on the break, though, as Eric Bailly led a counter-attack that saw forward Facundo Pellistri exchange passes and then send the ball into the bottom corner.

There were some promising signs from the ever-busy Nunez in his first half-hour in a Liverpool shirt, and he saw a huge chance denied by Bailly after Salah’s left-footed curler hit the post.

Liverpool came away with a heavy defeat, but there will be no concern from Klopp and his coaching staff, with this more a training exercise for the Reds in a strangely high-profile fixture.