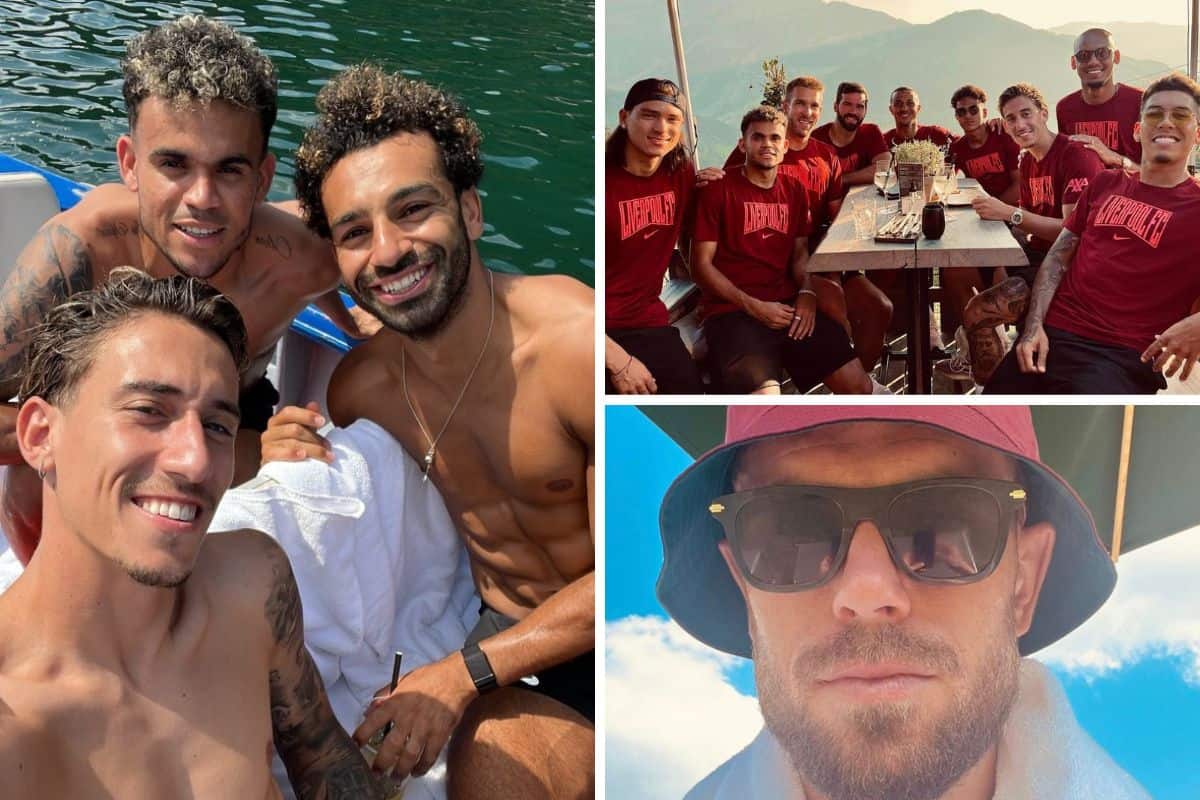 Jurgen Klopp is pushing his players to their limits on Liverpool’s week-long training camp in Austria, but there was some time to enjoy the incredible scenery on Sunday.

Afternoon a gruelling running session in the sunshine in the morning, the Reds were given the opportunity to explore the sights of the Austrian mountains later in the day.

The club’s training base is set in Saalfelden, in the Salzburg region of Austria. It’s the third time the Reds have visited the camp in the last few years, with Klopp earmarking the trip as the most important part of their preparations for the new season.

After the victory over RB Leipzig on Thursday, Andy Robertson claimed he and his teammates “don’t look forward” to the trip, such are the testing sessions they’re put through on a daily basis.

However, Sunday offered some of the players a break from the hard work, and a chance to enjoy some quality time together.

There was a great picture of Liverpool’s ‘Latino Reds,’ as Adrian put it on his Instagram, enjoying a meal together in the mountains.

Darwin Nunez, Luis Diaz, Adrian, Alisson, Thiago, Fabio Carvalho, Kostas Tsimikas, Fabinho and Roberto Firmino were all sat around a table making the most of the incredible scenery as the sun set behind the mountains.

The majority of those players are, of course, Spanish or Portuguese speaking, and it’s nice to see new boys Nunez and Carvalho being welcomed to the group with open arms.

Earlier in the day, it seems some of the players were out on the lakes, with Tsimikas and Diaz joined by Mohamed Salah in one of the boats.

Harvey Elliott also appeared to be out on the water, sharing a video of the incredible scenery to his Instagram story.

Captain Jordan Henderson was another enjoying the sunshine, posting a snap of him wearing a red Liverpool bucket hat. Suits you, skipper.

Fellow goalkeeper Alisson also shared some footage while biking around the mountains, although it’s unclear whether that was during time off or a trip between training sessions. 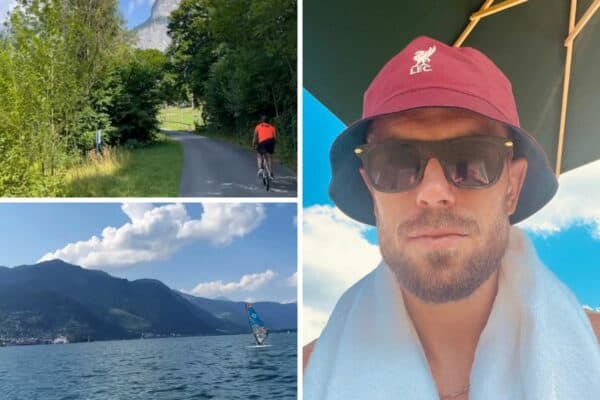 The training is only set to get harder between now and the end of the trip, which rounds off with a friendly against Red Bull Salzburg on Wednesday evening.