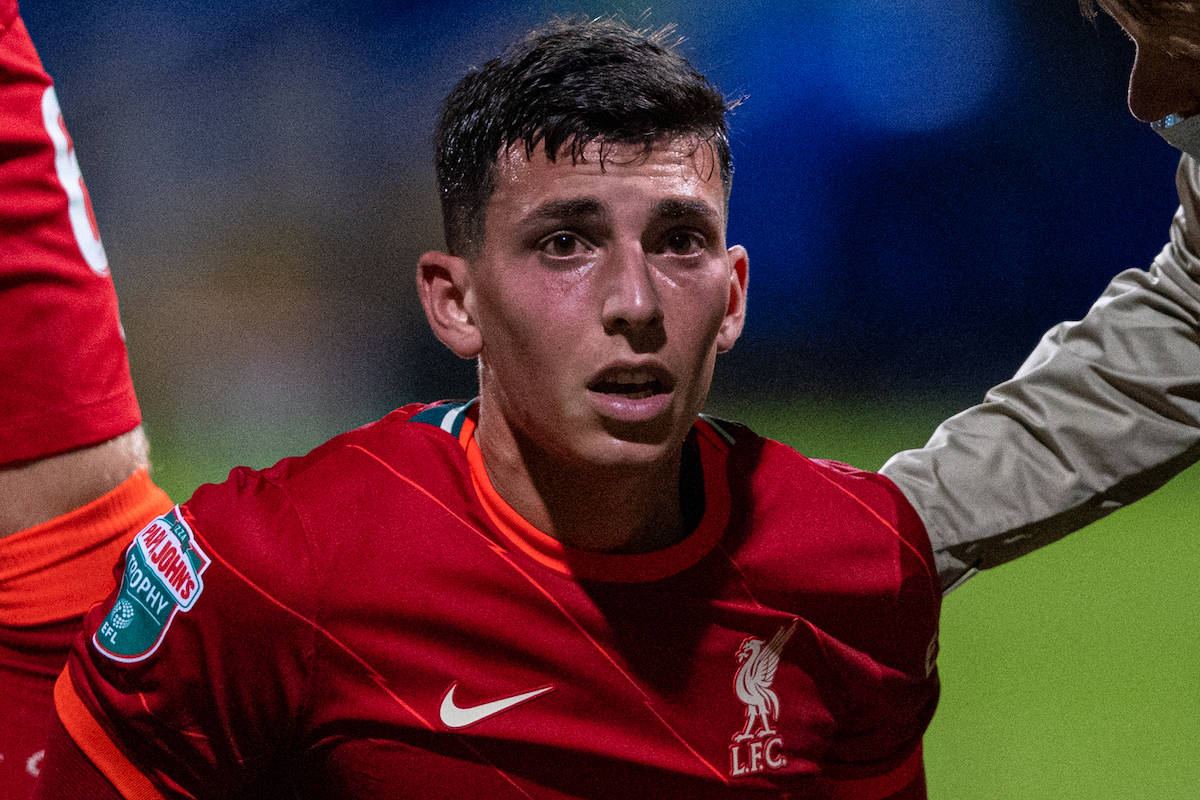 Back in February, it was seen as a welcome opportunity for Ritaccio as he returned to the United States for a season with USL Championship side Charleston Battery.

After an injury-hit first half of the campaign at Liverpool which saw him feature in only four games for the under-23s, the midfielder admitted it was “great to be back” in his native country.

But his time in South Carolina did not unfold as planned, with a series of injury issues keeping him out of the side throughout a five-month stint.

It has now been confirmed that, as part of a mid-season reshuffle, Ritaccio has been recalled by Liverpool in a mutual decision by the two clubs.

The versatile midfielder, who arrived from New York side Blau Weiss Gottschee in 2018, signed a new contract with the club last summer, but has rarely been a regular at academy level.

In a post on Instagram following the termination of his deal with Charleston Battery, Ritaccio reflected on “some of the toughest times” he has experienced as a player:

“Thank you Charleston Battery for giving me the opportunity to join the club on loan,” he wrote.

“I’m sorry it didn’t go the way anyone wanted, but sometimes things just aren’t meant to be in this world.

“These past months have been some of the toughest times I’ve gone through as a player with injuries, but I know I’ll get through it.

“I wish the club and everyone involved with the club the best of luck in the future.”

Ritaccio has been restored to the Reds’ squad list and will continue his rehabilitation at the AXA Training Centre with a view to either joining the under-21s this season or heading out on another loan.