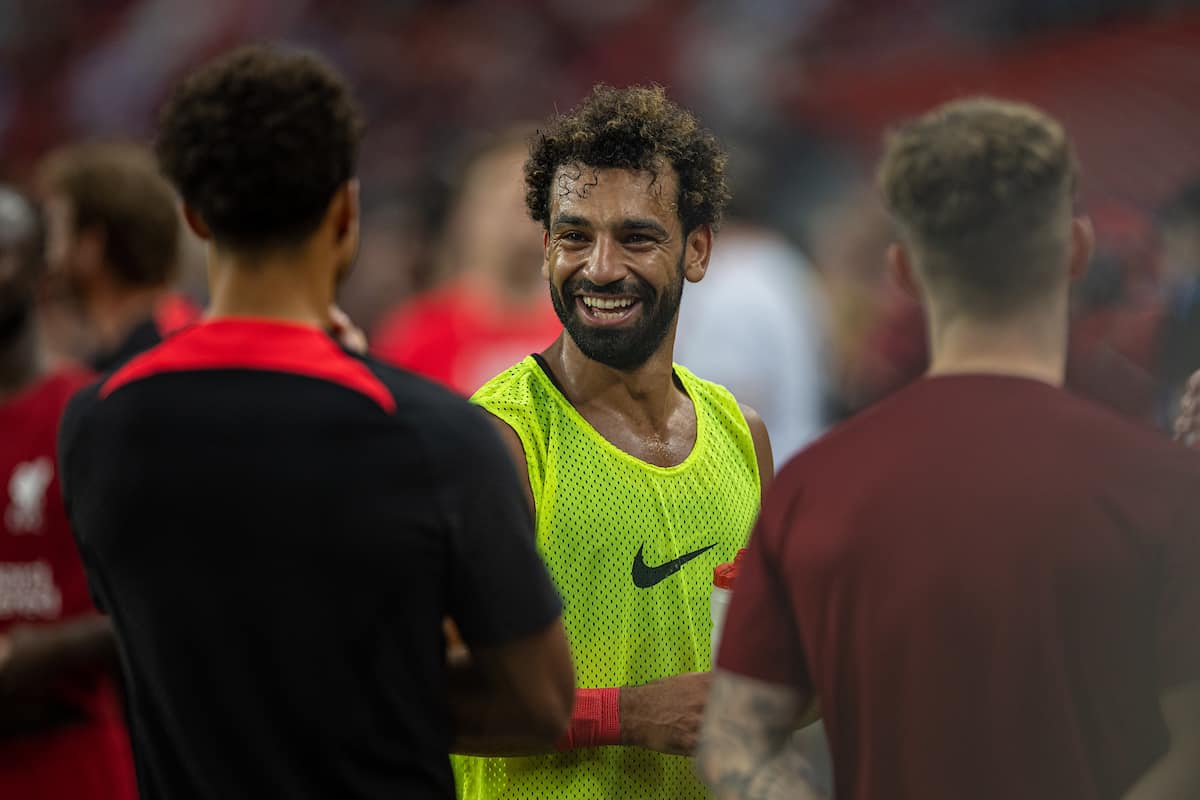 With Mohamed Salah finally reaching an agreement over a new three-year deal with Liverpool, Fabinho believes his team-mate is now “happier that before.”

“That was really important, especially after losing Sadio,” Fabinho says.

“We knew Mo had to stay in the team and keep playing with us.”

It was a pivotal moment in a big summer for Liverpool, as Salah ended speculation and put pen to paper on a new long-term contract with the club.

The news came after months of talks with his representative and growing concern among supporters, amplified by the loss of Sadio Mane to Bayern Munich at the end of June.

To lose one of the club’s leading forwards was a big blow, but to allow both Mane and Salah depart in one summer would have been seen as seismic.

As Fabinho attests, that sentiment was shared by those within the Liverpool squad, too. 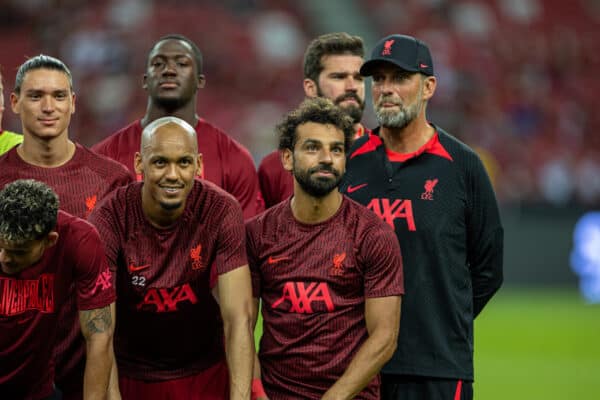 But in an interview with The Athletic‘s James Pearce, the Brazilian outlined his belief that Salah is now “happier than before” after ensuring he stays at Anfield until 2025.

“I am really happy for him that the contract got sorted. I think he’s happier than before,” the No. 3 explained.

“In the last five years, he’s been maybe the best player in this team and has shown how important he is for the club.”

Since his move to Liverpool from Roma in 2017, Salah has scored 156 goals in 254 games, winning six trophies including the Premier League and Champions League as well as rising up the club’s all-time goalscorers list.

The Egyptian is now ninth, but is only three goals from leapfrogging Michael Owen into eighth.

If he replicates his 31-goal campaign from last time out, Salah will move ahead of Owen, Kenny Dalglish, Robbie Fowler and Steven Gerrard into fifth. 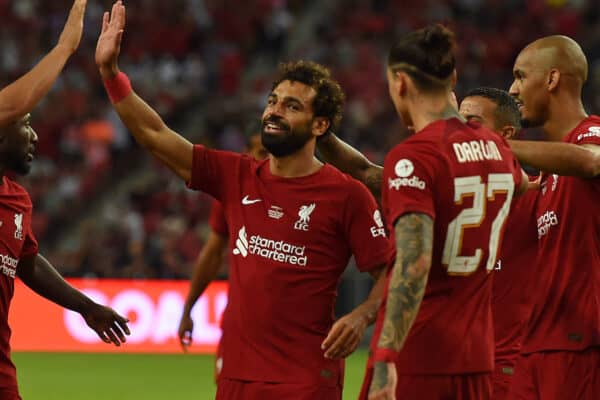 While it is not only goals that mark his impact on Liverpool, they are certainly a big indicator of Salah’s influence, and Fabinho is eager to keep the No. 11 firing.

“He’s already a legend of Liverpool,” he added.

“With this new deal, he can go on to become the best player in the history of the club. I’ll really try to help him achieve this.”